The suspended Maricopa County Assessor was in court Tuesday. 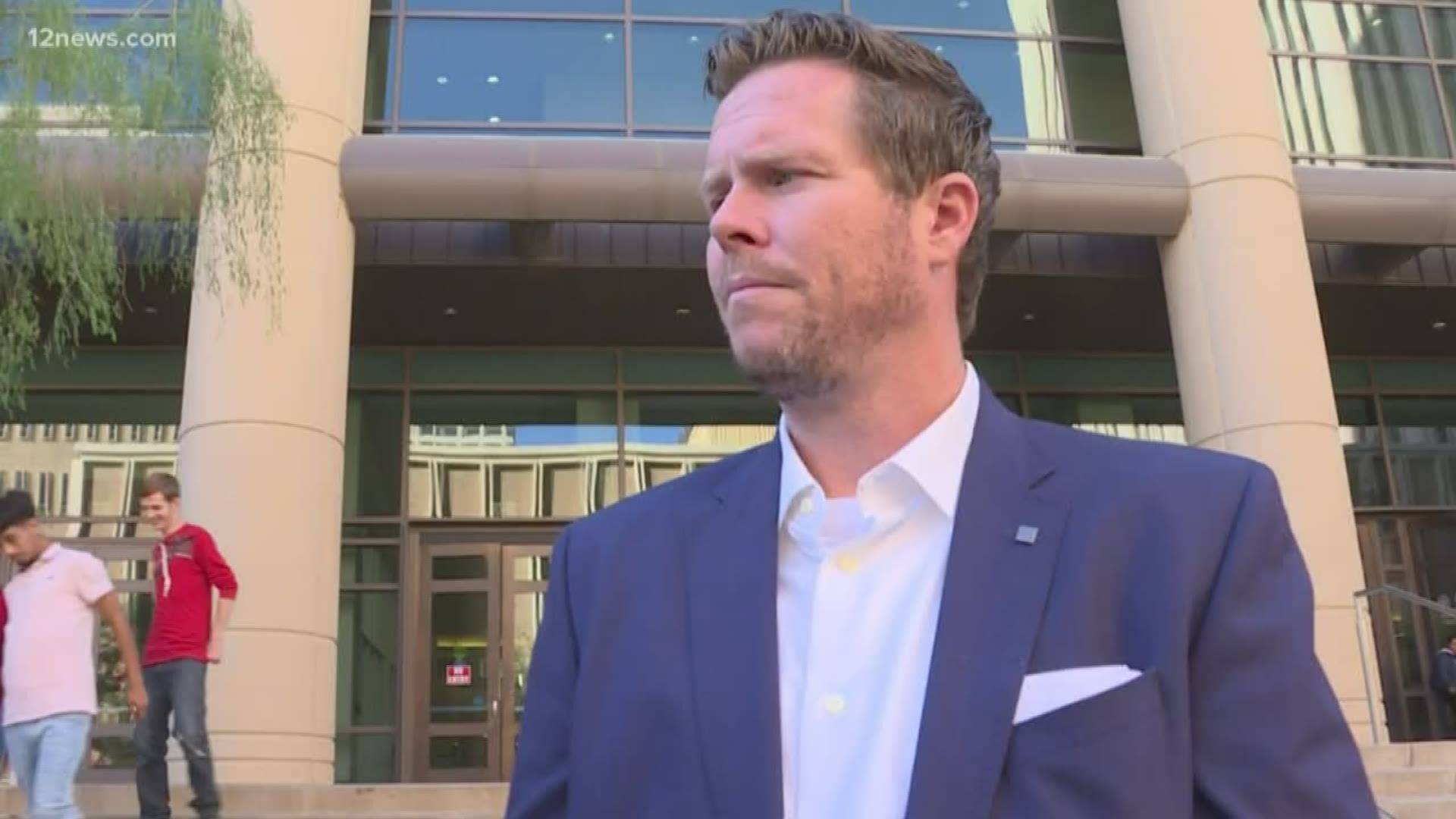 Petersen pleaded not guilty to 19 federal charges in Arkansas Oct. 29.

Petersen was released on bond and traveled back to Arizona. 12 News talked to him at the airport, where he smiled at news media as he walked through the airport with his wife by his side.

Here is a quick guide to the case.

RELATED: 'I can't wait to get back to my family': Paul Petersen speaks to 12 News in Arkansas

The Maricopa County Board of Supervisors voted to suspend Petersen from his elected role as Maricopa County Assessor, naming Bill Wiley as a replacement in the interim. Petersen's attorneys previously said he will not resign.