In a tweet on Monday afternoon, the Pulaski County Sheriff's Office asked cyclists affected by tacks along Country Farm Road to come forward with information. 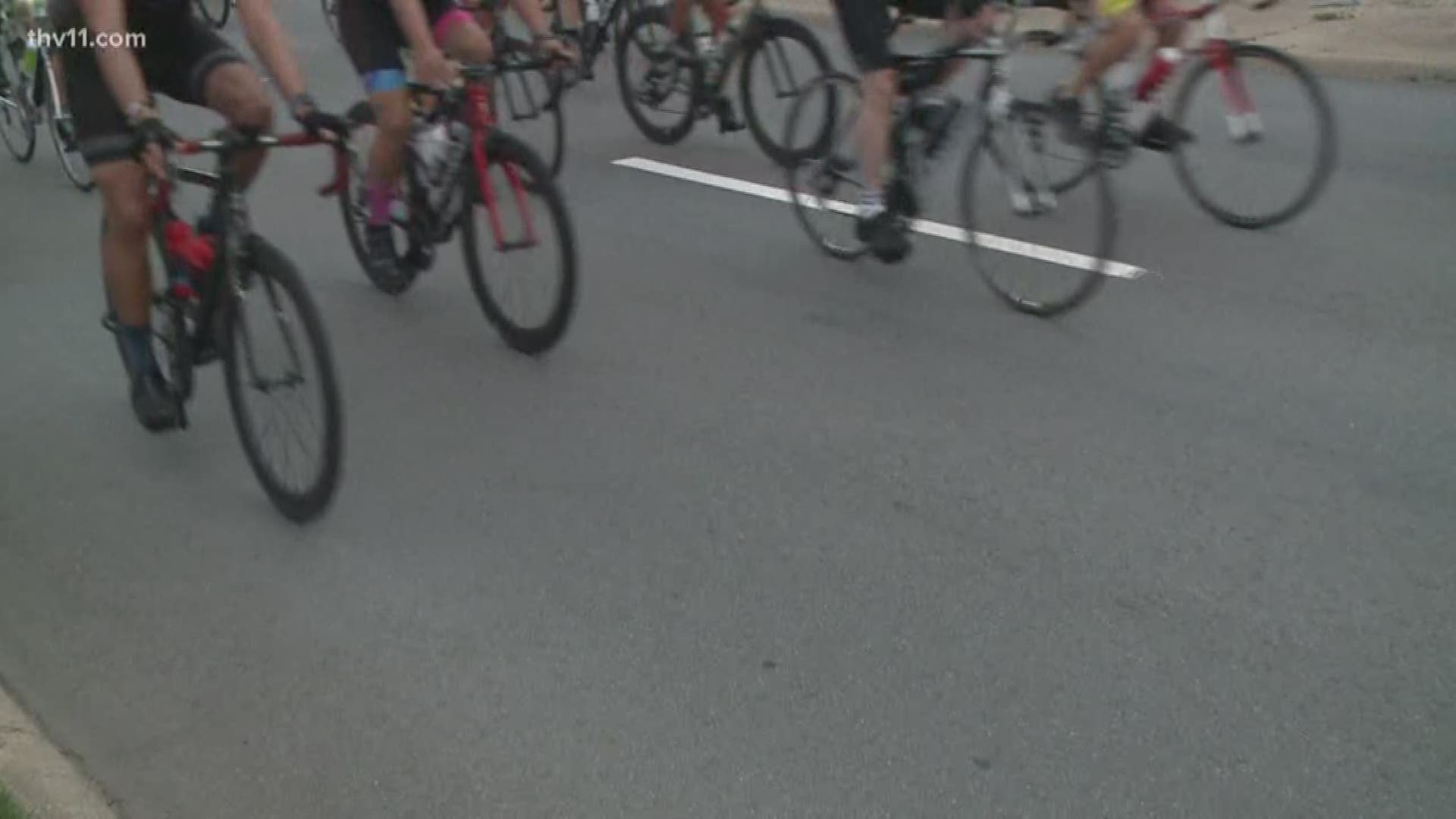 Safety is at the front of cyclist’s minds after 54-year-old Jim Krause died during the Big Dam Bridge 100 Saturday.

On top of that, others said sharp objects hindered their ride on the course.

Events raised questions about the safety of the course and cyclists want to know that every precaution is being taken before the next event.

“I wasn’t surprised, but I sure was disappointed. You know, we’ve had this problem probably four or five times in the last several years,” Judge Hyde said.

In a tweet on Monday afternoon, the Pulaski County Sheriff's Office asked cyclists affected by tacks along Country Farm Road to come forward with information.

Reports of social media posts outlining the alleged placement of tacks in the road to purposefully cause flat tires to cyclists riding in the annual Big Dam Bridge 100, where cyclists come from all over the country to participate in.

The Pulaski County Sheriff's Office asks to file an incident report by calling 501-340-6963.

Judge Hyde is prepared to take extra precautions next year.

Usually, debris is cleaned off roads a couple of times during the week and again the morning of the race.

“We’re going to make sure we do one last pull of that magnet behind the truck right as the race is starting on those two roads, so that there shouldn’t be anyway there just won’t simply be time for anyone to slip in there before the riders get there and drop tacks on the road,” Judge Hyde said.

He said drivers may get frustrated with the thousands of cyclists on the road for the event.

“I wish they would just send me a letter or call me and say that they’re annoyed rather than throw those tacks out to maybe ruin somebody’s day or maybe hurt someone seriously,” Judge Hyde said.

Cyclist James Coleman said he didn’t participate in the Big Dam Bridge 100 because of safety concerns.

“There’s some sharp, sharp turns and if you’re going downhill it’s some rapid decants. You could hit about 60 going down some of those hills,” Coleman said.

One of the areas he steers clear of is Wye Mountain, where Krause died Saturday during the ride.

“I’m sure from now on out we’ll be much more aware of Wye Mountain and those corners out there. I used to ride Wye Mountain quite a bit and just don’t anymore,” Coleman said.

THV11 reached out to Big Dam Bridge 100 representatives to find out if they’re making changes to the course next year, but they haven’t yet responded.

Some cyclists said they have no problem with the course, they just want to know there’s nothing on it that will harm them.