Some parents may want to go back through their social media history to delete posted photos that might make their children vulnerable. 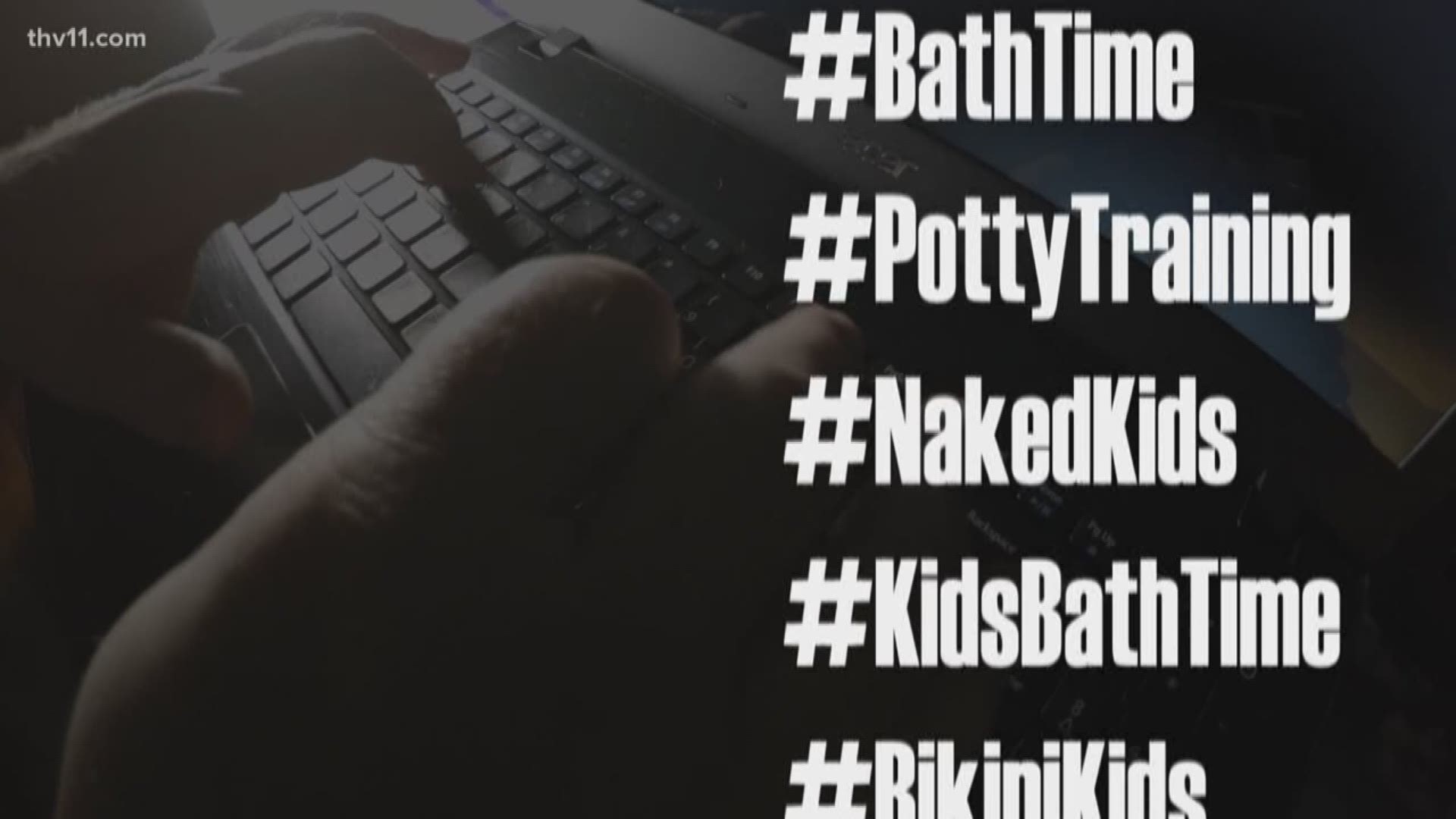 LITTLE ROCK, Ark. (KTHV) - Child safety advocates say a parent’s instinct to document and share the precious moments in their child’s life might make them targets for pedophiles.

According to the Child Rescue Coalition, some predators and pedophiles use hashtags of potentially-innocuous moments to find pictures of children they can download, manipulate, or exploit.

In response, the organization began a campaign to preserve the privacy of children online.

Leia Smith said some social media users do not know how they can protect themselves by utilizing a social media network’s security settings. She said it scares her that predators take advantage of the things parents do not understand.

“And I think the fact that we’re having this conversation right now is indicative of change,” she stated, “and indicative of us taking an initiative to say, hey, we need to talk about this as a community.”

Smith works for the Children’s Advocacy Alliance, a Conway agency that investigates child abuse and provides physical and emotional care for child victims. She said she has lots of friends and relatives who post photos of their children on Instagram.

“Whenever it comes to photos of kiddos, I’m pretty sensitive to it, just given where I work,” she explained. “So, I am known to call someone privately, and be like, ‘Hey, saw your kid on Facebook,’ or Instagram, or wherever, ‘and that’s a really cute picture, but you don’t know who’s watching that? Have you thought about that?’ And always the answer is, ‘no, only my friends can see it.’ And it’s like, well, but your hashtags that are on there.”

The Child Rescue Coalition created a list of more than 100 hashtags that pedophiles might search to find photos, including #bathtime, #nakedtoddler, and #bikinikids, each of which have thousands or millions of associated pictures.

“It’s not surprising to me that someone is going to exploit a child as much as they possibly can,” Smith said, “and the best thing that we can do is have a conversation about the preventative measures that we can put into place, because no one intends for this to happen!”

The #KidsForPrivacy campaign asks users to use those hashtags as they post photos of signs that say, “privacy please.” The goal is to get enough people to post those pictures that a search of that hashtag will discourage predators, since it would take too much effort to find the images they were looking for.

“It’s disturbing but it’s something that we can solve. And that’s through awareness. And that awareness is the best thing we can do in this advocacy,” Smith said.

She liked the idea, but thought users should post a photo of something more symbolic. She suggested either a pinwheel, which is an emblem of child abuse prevention, or a blue rubber ducky, since blue is the color of Child Abuse Prevention Month. But more important, in her eyes, is to talk with parents who may be putting their children at risk through their desire to share online.

“Go have a conversation with someone about it,” she stated. “Don’t be scared to start a conversation if you’re concerned for the wellbeing of a child. It’s always worth it.”

Smith said some parents may want to go back through their social media history to delete posted photos that might make their children vulnerable. She also said parents should check their privacy settings, and either make their pages private, or specify which of their friends are able to see their photos.