Robert Bull, 55, was killed by officers Tuesday after reportedly firing a shotgun at police in Perry County. 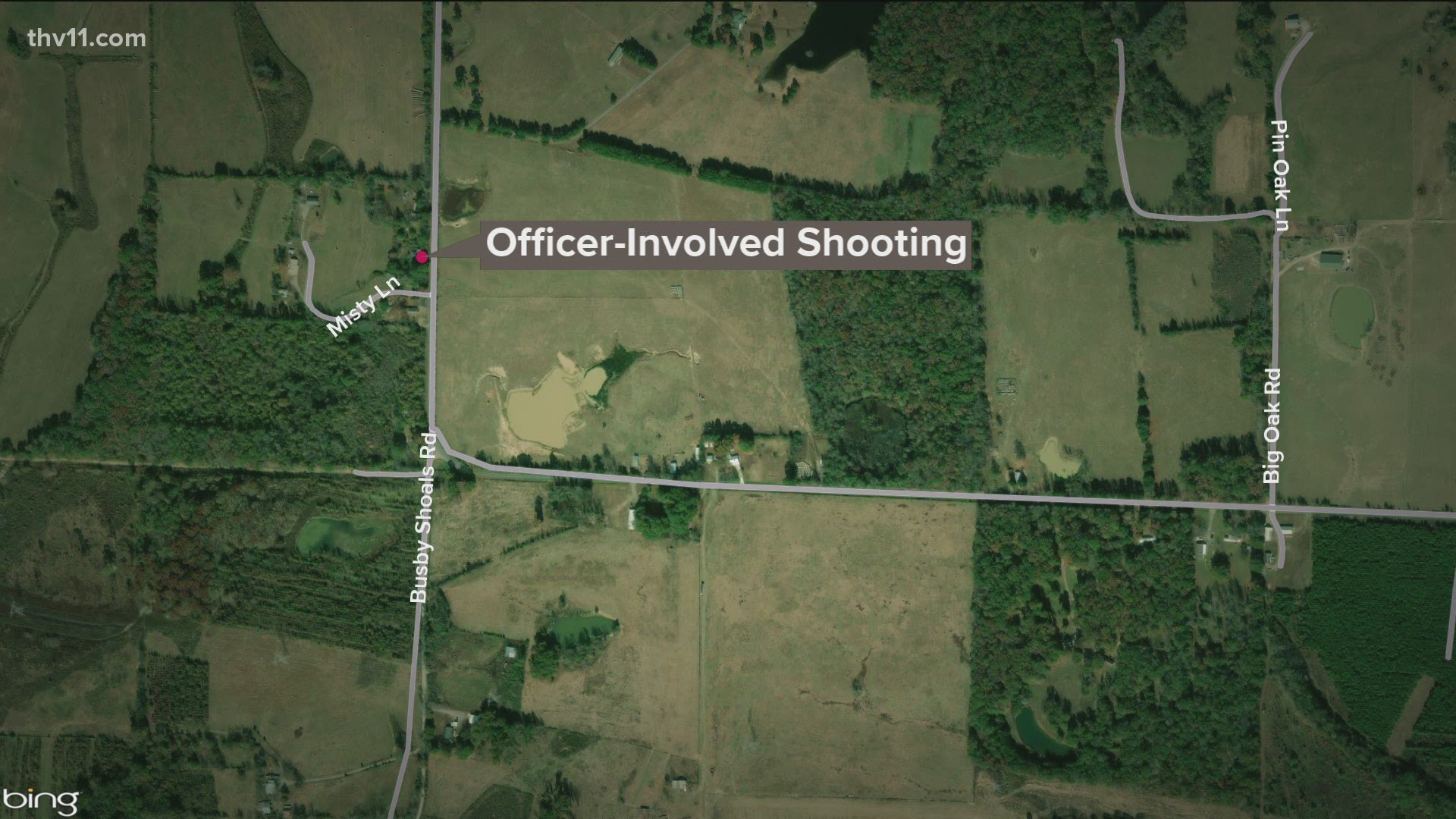 PERRY COUNTY, Ark. — According to the Arkansas State Police, 55-year-old Robert Bull was killed by police after firing a shotgun at a group of officers who responded to his home Tuesday after he had been suspected of barricading vehicles on Poe Farm Road.

Once officers arrived at around 9 a.m. to Bull's home, "they were met with gunfire coming from a front window," the press release said.

Officers retreated from the area and waited for a state trooper and a highway police to arrive on the scene. An hour and a half later, "Bull exited the house unarmed, however, retrieved a shotgun and began firing at the group of officers who returned fire, striking Bull," Arkansas State Police said.

Bull died at the scene. No law enforcement officers were injured during the shooting.

The Arkansas State Medical Examiner will determine the manner and cause of death.

Arkansas State Police will investigate the shooting and turn over their findings to the Perry County Prosecuting Attorney who will then decide on whether the use of deadly force was legal under Arkansas law.

As required by Arkansas State Police policy, one state trooper has been placed on paid administrative leave while the investigation is underway.