At a court hearing Tuesday, defense attorneys say they're in active negotiations over an offer for the girls to plea to second-degree murder while armed. 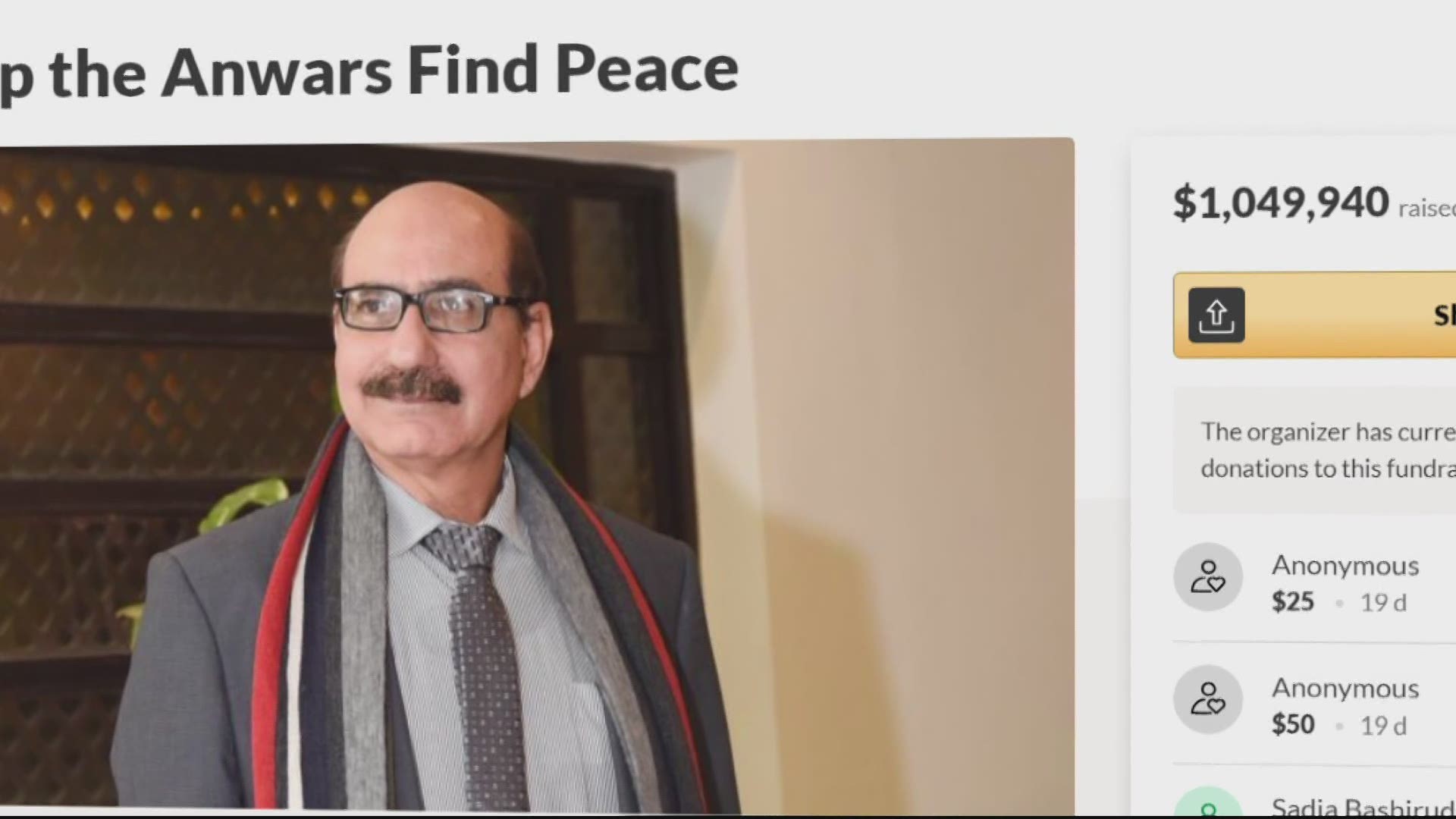 WASHINGTON — Prosecutors are offering a plea bargain to two teens allegedly involved in a fatal carjacking of UberEats driver Mohammad Anwar in March. The 13-year-old and 15-year-old girls will be given a chance to plead guilty to second-degree murder while armed with a taser.

At a juvenile court hearing Tuesday, lawyers for the two girls said the deal was under "active negotiation." The judge set another hearing for May 11, with defense attorneys saying they hoped to reach an agreement by then.

The defense attorneys asked for mental evaluations for both girls, but reporters were ordered out of the virtual courtroom while the judge considered that, so the outcome is unclear.

Police had charged the girls with felony murder and armed carjacking. If they were charged as adults, felony murder would carry a minimum sentence of 30 years, according to the D.C. Code.

Both the girls are being prosecuted as juveniles. D.C. law allows 15-year-olds who commit the most serious crimes to be tried as adults, but there is no sign prosecutors intend to do that in this case. There is no provision under D.C. law to try a 13-year-old as an adult, even for murder.

WUSA9 agreed to withhold the names of the two girls as a precondition for attending the hearing. WUSA9 does not typically name juveniles accused of crimes.

The girls appeared via video from a room at a D.C. Youth Rehabilitation Services detention center. They responded to the judge's questions in soft but clear voices.

A video widely shared on social media and played at the girl's initial hearing allegedly shows Anwar trying to wrest back control of his car as the girls allegedly try to steal it.

"This is my car!" Anwar yells at the beginning of the video.

Video shows Anwar clinging to the steering wheel with the door open as the girl in the passenger seat allegedly jams the car into gear, according to the testimony of a D.C. police detective.

The Honda Accord races down Van St., SE near Nationals Stadium and slams into an object on the side of the road, crushing Anwar between the door and the car. The car then turns sharply right onto N St, and just after it disappears around the corner, there's a loud, sickening crash.

Police said Anwar was thrown from the car and crushed as it tipped on its side.

A GoFundMe account for the Pakistani immigrant, father and grandfather has raised more than $1 million to help pay for funeral services and support his family.