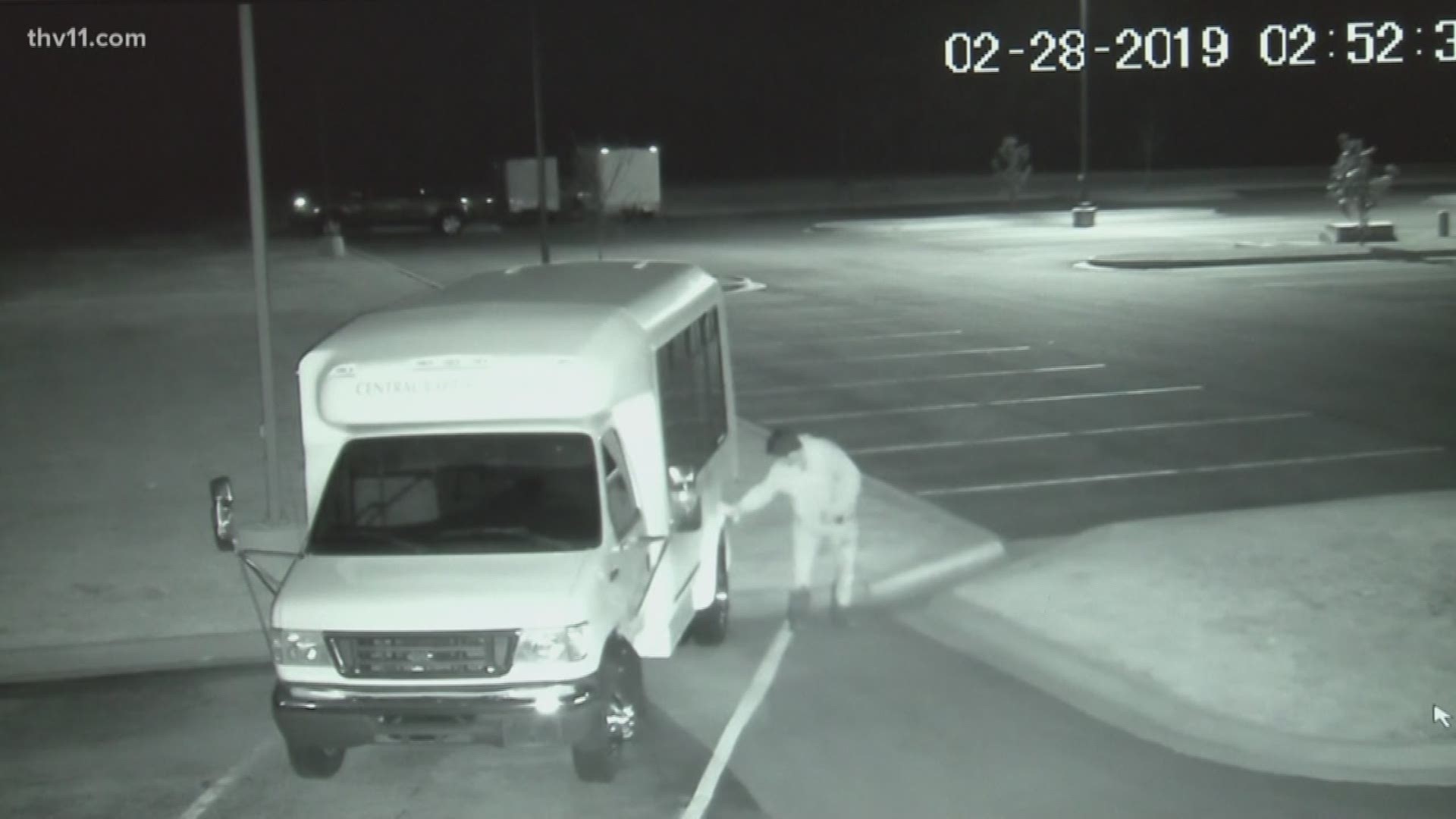 UPDATE - Conway police have arrested 23-year-old Brenton Winn, the man suspected of committing burglary and vandalism in this case.

The Conway Police Department is asking for the public’s help identifying a man who broke into Central Baptist Church and left behind extensive damage. Portions of the Thursday, Feb. 28 incident were captured on surveillance camera.

The church’s senior pastor, Don Chandler, described the aftermath as “about as messy of vandalism as you could possibly imagine.”

Dozens of church members gathered Thursday evening, to start cleaning up the mess left behind by the lone vandal.

At about 4 a.m., security cameras captured the man’s unsuccessful attempt to break into a church bus outside the facility located on Dave Ward Drive and Mattison Road. He then tried to set the bus on fire, but failed.

Chandler said the vandal then smashed through a glass door and spent upward of two hours on a rampage throughout the building. It included setting the church’s family life center on fire and throwing a sound board from the worship center balcony. Surveillance camera footage shows the man ripping photos and other décor from walls and spraying a fire extinguisher as walked down the hall.

The intruder also ransacked a staff member’s office, flipped over appliances and wrote a racial slur on a breakroom wall, where a hole was left after he smashed a ceramic coffee mug through the sheet rock, according to Chandler.

“I really don't know what would possess a person to do this -- maybe anger with God, maybe we were just too near to him at a point in time when he decided to break in and do something,” Chandler said.

A liquor bottle was also located on the church property Thursday, leading the pastor to believe alcohol may have played a role in the man’s behavior.

“It appears from the video that our security cameras have that he may very well have been on drugs and acting in a very unusual and random way,” Chandler said.

Several guitars are missing from the church, but Chandler said it appears the suspect took little with him as he left on foot. Church leaders are still working to determine a damage estimate, but Chandler believes repairs could fall between $50,000 and $100,000.

Though restoration will take several weeks to complete, Central Baptist plans to host its normal church services this weekend.

“It'd take a whole lot more than this to stop us from having a worship service,” Chandler said.

Meanwhile, Chandler is using this incident to practice what he preaches.

“He's already forgiven,” Chandler said of the suspect. “And we'd love for him to come to church here one of these days and hear what we have to say about the Lord.”

Anyone who recognizes the intruder or has information on the case is asked to call the Conway Police Department detective division at 501-450-6130.

Anonymous tips can also be sent via text message to 274637. The text body should include the keyword “Conway” followed by a tip.