18-year-old Anthony Brown has been previously charged with aggravated robbery, battery, and capital murder, according to North Little Rock police. He has been found. 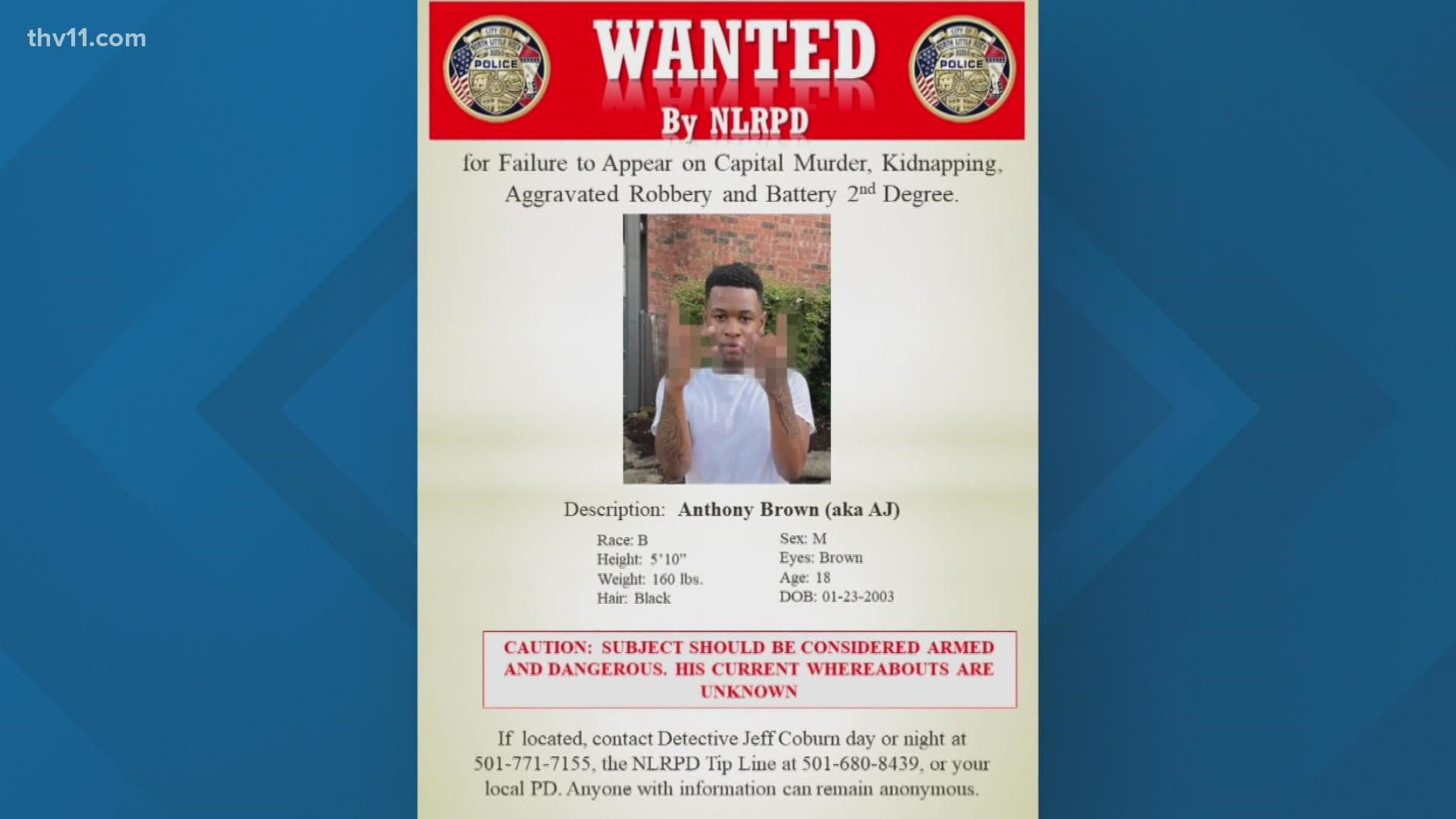 NORTH LITTLE ROCK, Ark — Update: Anthony Brown has been captured in Las Vegas and was taken into custody without incident, according to the North Little Rock Police Department.

According to the North Little Rock Police Department, 18-year-old Anthony Brown is considered armed and dangerous after a failure to appear on charges of kidnapping, battery, aggravated robbery, and capital murder.

Police said he is considered armed and dangerous.

Brown is described as a Black male, 5'10" tall, weighing 160 pounds with black hair and brown eyes.

Anyone with information can remain anonymous.