Pulaski County deputies have arrested the suspect involved in the homicide, but are still searching for the victim's truck and trailer. 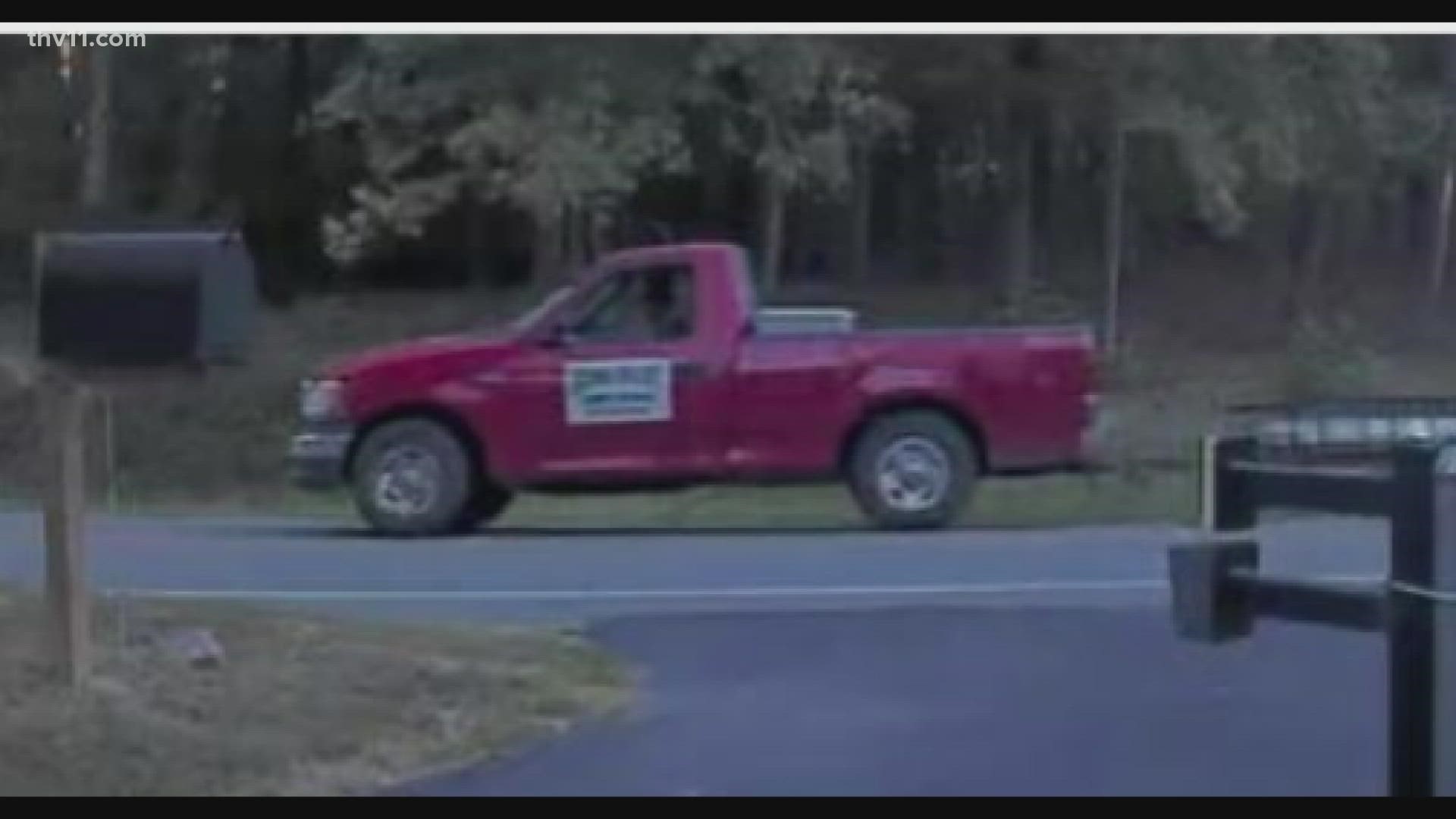 LITTLE ROCK, Ark. — According to the Pulaski County, on Thursday, Sept. 8, a shooting occurred on the 2000 block of Ivy Chapel Road in Little Rock.

The victim, later identified as David Dunn, was found dead in the roadway, deputies say.

Deputies are now trying to locate a truck and trailer stolen from a homicide victim.

The vehicle is a 2001 Red Ford F150 with a sign on the driver's side that reads: Dunn Right Lawn Service. It also has a black utility trailer attached with an unknown license plate.

The truck's license plate, however, is ABH26N (Arkansas).

On Tuesday, Sept. 14, deputies announced they had arrested Daryl Scarbrough for the homicide of Dunn.

Please contact the Pulaski County Sheriff Office at 501-340-6963 if you have information about the missing vehicle.