Little Rock police and the FBI have recovered human remains at Chalamont Park, according to police. 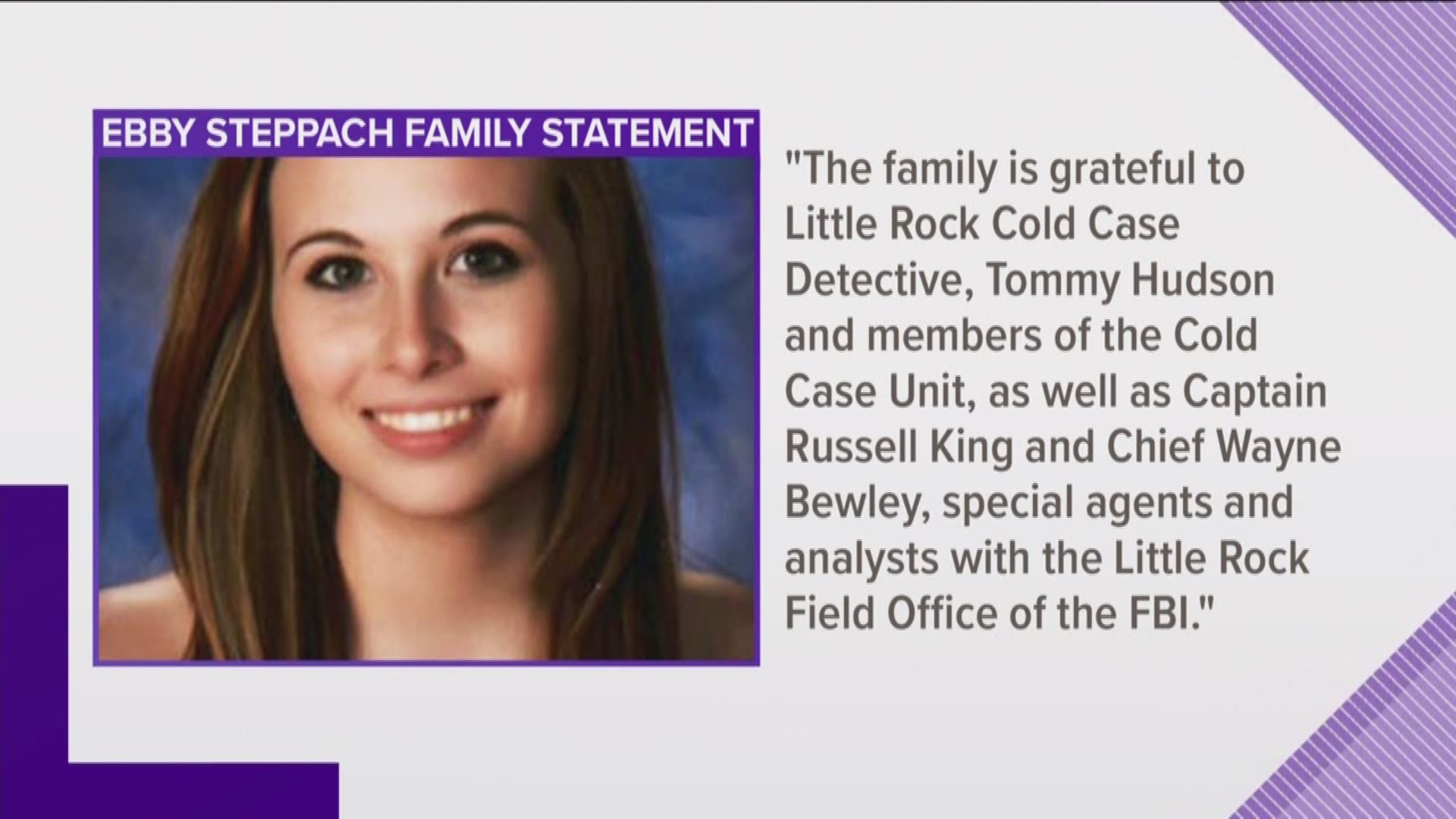 In a statement, the family of Ebby thanked everyone who supported the efforts to find her and said "God answered the family's prayers to find Ebby."

"Her story has touched many in ways that she could not have ever imagined," the family said.

ORIGINAL-- Little Rock police and the FBI are investigating the discovery of human remains at Chalamont Park.

Cold case investigators working the Ebby Steppach case initiated a search of a drainage pipe at the park. With help from public works, police dug up and searched the pipe where they found human remains. Police said the remains were skeletal and that the pipe opens near where Steppach's car was found.

The remains have not been confirmed to be Steppach's. An autopsy will be done to determine the identity of the human remains.

Steppach was last seen Oct. 24, 2015. She was 18 years old at the time and her vehicle was later found at Chalamont Park in west Little Rock. November 2016 was the last time Little Rock police searched the park in connection with her disappearance.