Some guests are 'shaken up' by the incident, while others say they don't feel threatened after learning police believe this was an isolated shooting. 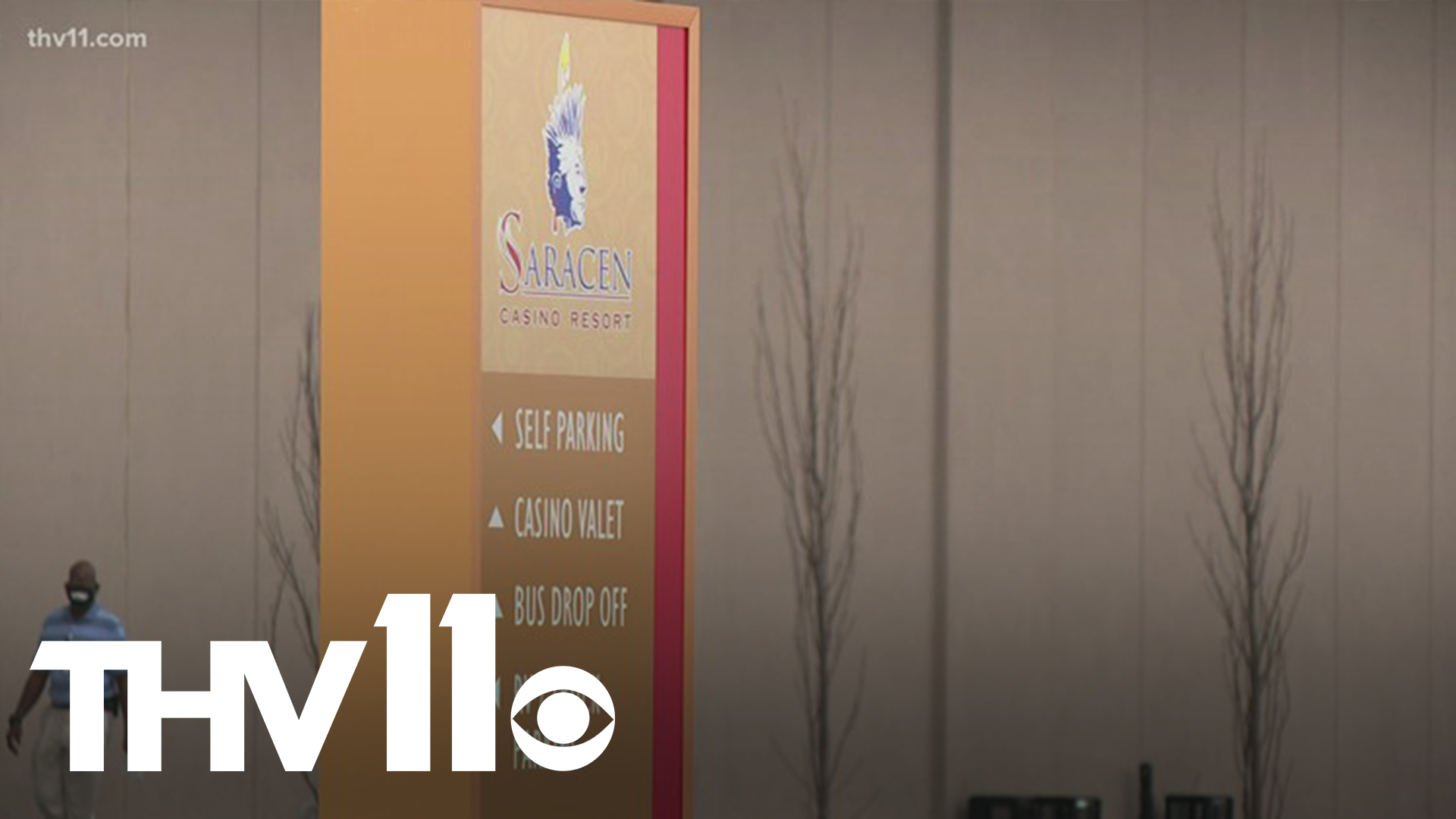 Police continue their investigation and are looking for five suspects.

“I was shaken up,” said Immanuel Frazier, a Pine Bluff man. “I was walking out of the door at the end of this incident.”

Frazier was at the casino and walked outside just seconds after hearing gunfire.

His vehicle became a part of the crime scene

“I sat down in my truck and they started putting crime scene tape around my truck, and I didn’t know my truck was impacted until I saw all the bullets behind my truck after I got out," Frazier explained. "Then I noticed my truck was hit on the driver’s side.”

The shooting happened outside after a group of guests were escorted out of the building following an argument inside.

It escalated and gunfire was exchanged between the suspects and the security officers.

One officer was shot, and damage was left behind on the property.

Others inside ducked for safety after what one woman thought was the building collapsing.

Police immediately identified five suspects who they say were seen driving off in a dark colored passenger car, possibly a newer Nissan Altima.

“The security system, the camera system, and so forth in the casino is what I would describe as 'state of the art,'” said Richard Wegner, Pine Bluff Police Department Information Officer.

“They’ve been trying to do better, but how can they do better when people don’t comply?” said Strong.

Others said they don't feel threatened after learning police believe this was an isolated shooting.

The security officer who was shot in the abdomen appears to not have life-threatening injuries.

If you have any information about this crime, you’re asked to contact Pine Bluff Police Department.