The tearful words of family call for justice and answers after little Secoriea Turner was shot and killed on Saturday night. 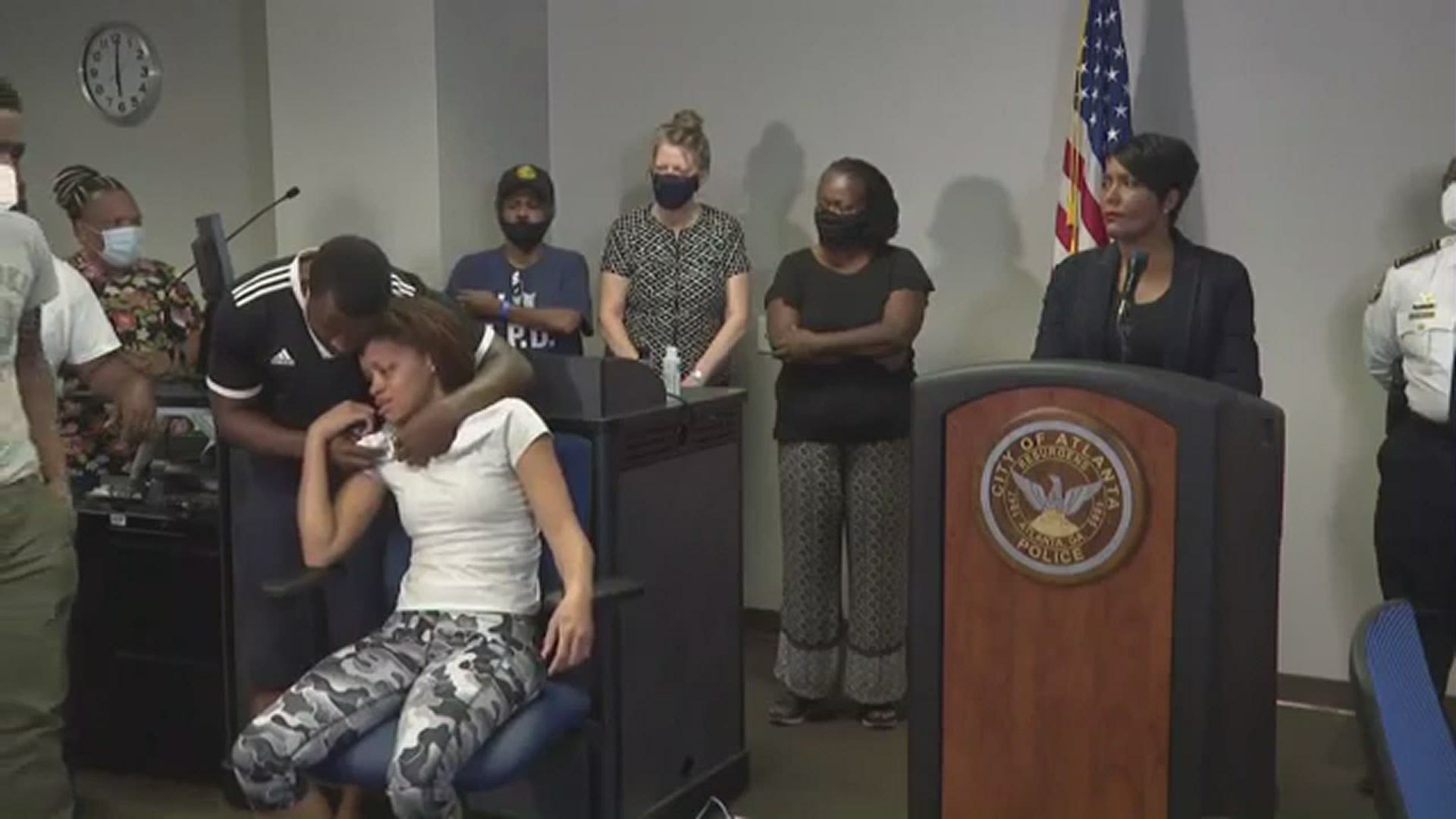 ATLANTA — When the mayor handed Charmaine Turner the microphone on Sunday afternoon, she looked off into the distance as she spoke.

It had been mere hours since gunfire had taken her precious 8-year-old daughter from her. But she wanted to speak. And so did the child's father, Secoriya Williamson.

They wanted to share words with the people that took little Secoriea Turner's life. And they pleaded with the community to help find them.

Turner went through the moments that should be happening today - things that suddenly won't.

"She would have been in TikTok dancing, in her phone, just got finished eating," she said.

The 8-year-old girl was in a car when she was shot. She was riding with her mother and a friend when they had exited the Downtown Connector onto University Avenue. Police said the driver was attempting to enter a parking lot when he was confronted by an armed group at 1238 Pryor Road.

Someone ended up opening fire hitting the car multiple times. Some of that gunfire found Secoriea. The person driving rushed her to the hospital, but they were too late. Secoriea died at Atlanta Medical Center.

And while Turner and Williamson said they understand the frustrations in the community right now, they said that it didn't justify what happened that night.

The shooting scene that night was across the street from the Wendy's where Brooks had been shot and killed by a police officer weeks earlier. Protests and occasional violence have continued in the area in the many days that have followed.

"Somebody knows something," Turner added before pausing and looking down for several seconds.

She then handed the microphone to Williamson who was standing by her side.

He said all she wanted to do that night was to get home to see her cousin.

"You killed a child," he added. "She didn't do nothing to nobody."

The mayor spoke of the sad irony of the crime, where it happened and the fact that Brooks had said he was going home to his daughter's eighth birthday.

At this point, Secoriea's mother broke down in tears and her family comes up to hug her and help her out of the room.

"My baby," she said as arms of friends and family hold her up.

And in the final moments of their time in the room, the eight-year-old's great aunt April Turner took a moment to make one final plea of those who were in the room - and anyone who may be watching.

"We're going to get through this because we are just that - a family," she said. "Whoever did this, we're asking the public, we are pleading. Call Crime Stoppers, call Atlanta Homicide, if you're in a different county, DeKalb County, call DeKalb County homicide."

Anyone who has information on this crime is asked to call Crime Stoppers Atlanta at 404-577-8477. Tipsters can remain anonymous and may be eligible for a reward of up to $2,000 for information that leads to an arrest and indictment.