According to the autopsy, Officer Carr was shot 10 times in the head while parked at the Fayetteville Police Department at 9:42 p.m. 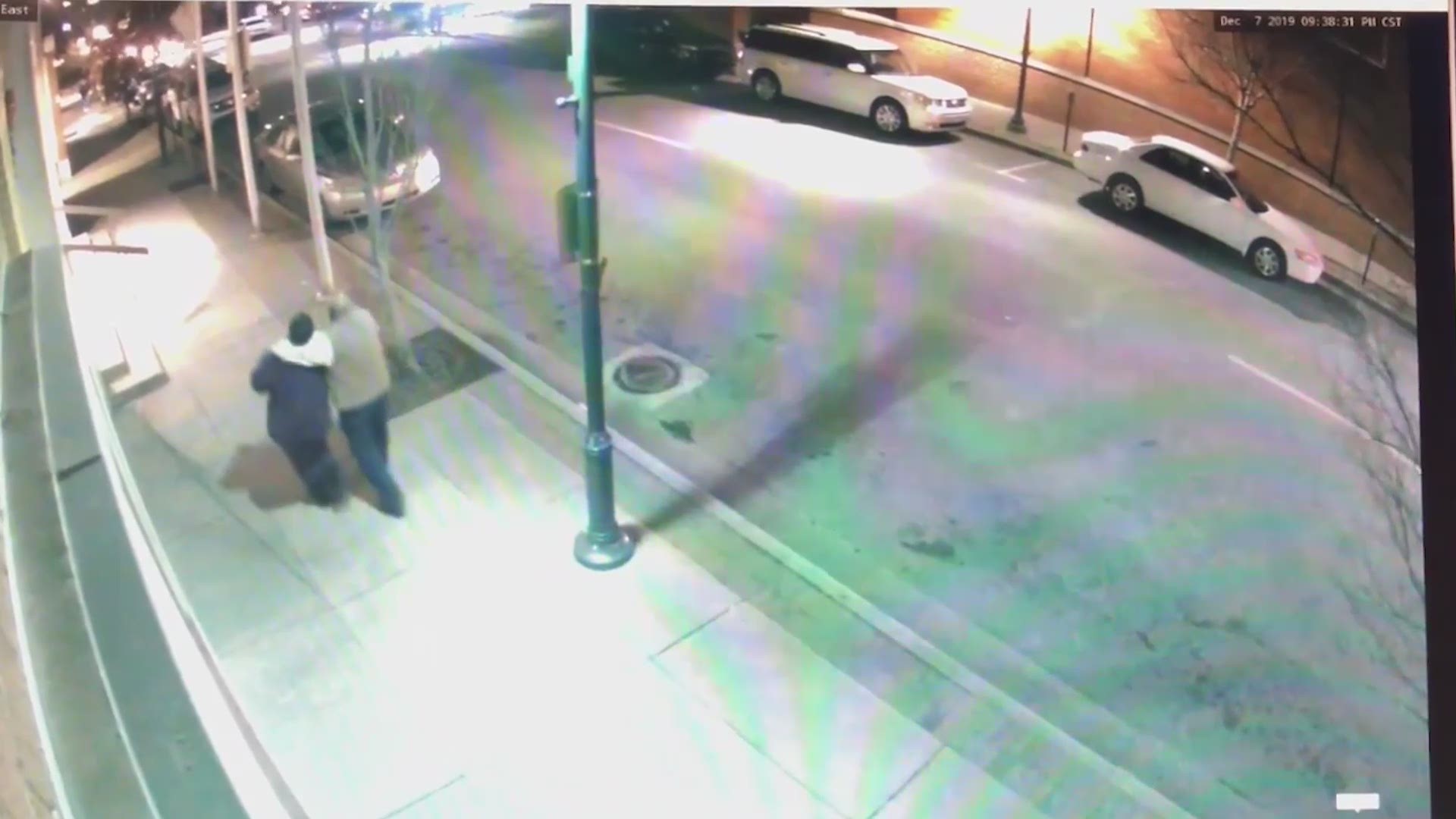 FAYETTEVILLE, Ark — The Washington County Sheriff's Department has released the video and autopsy of Officer Stephen Carr and the suspect that shot and killed him on Dec. 7.

According to the autopsy, Officer Carr was shot 10 times in the head while parked at the Fayetteville Police Department at 9:42 p.m. The medical examiner said that any of those 10 shots would have been fatal by themselves.

The autopsy of the suspect, 35-year-old London T. Phillips, showed that he was shot 6 times. Phillips died after exchanging gunfire with several officers.

Phillips used a 9 mm semi-automatic handgun when he shot Officer Carr, which the sheriff department said he illegally bought in 2017.

"We have hesitated to released the [security footage] of what transpired that night due to the heinous and shocking nature of this crime," the sheriff's office said in a Facebook post, "but in an effort to keep the public informed of exactly what happened that night, we are releasing video of the incident along with the results of the Arkansas State Medical Examiner's preliminary findings."

In the videos released by the sheriff's departments, the suspect is first seen walking south on Block Avenue, then crosses Block Avenue and continues into the alleyway behind the police department. He then walked up to Officer Carr's car from behind and shooting.

This is an active investigation and we will update once more information is released.

RELATED: 'The worst day in the history of the Fayetteville Police Department': Officer ambushed, killed in patrol car