Pine Bluff police announced Monday that three of the original five suspects have been cleared while one has been arrested and the other is still at large. 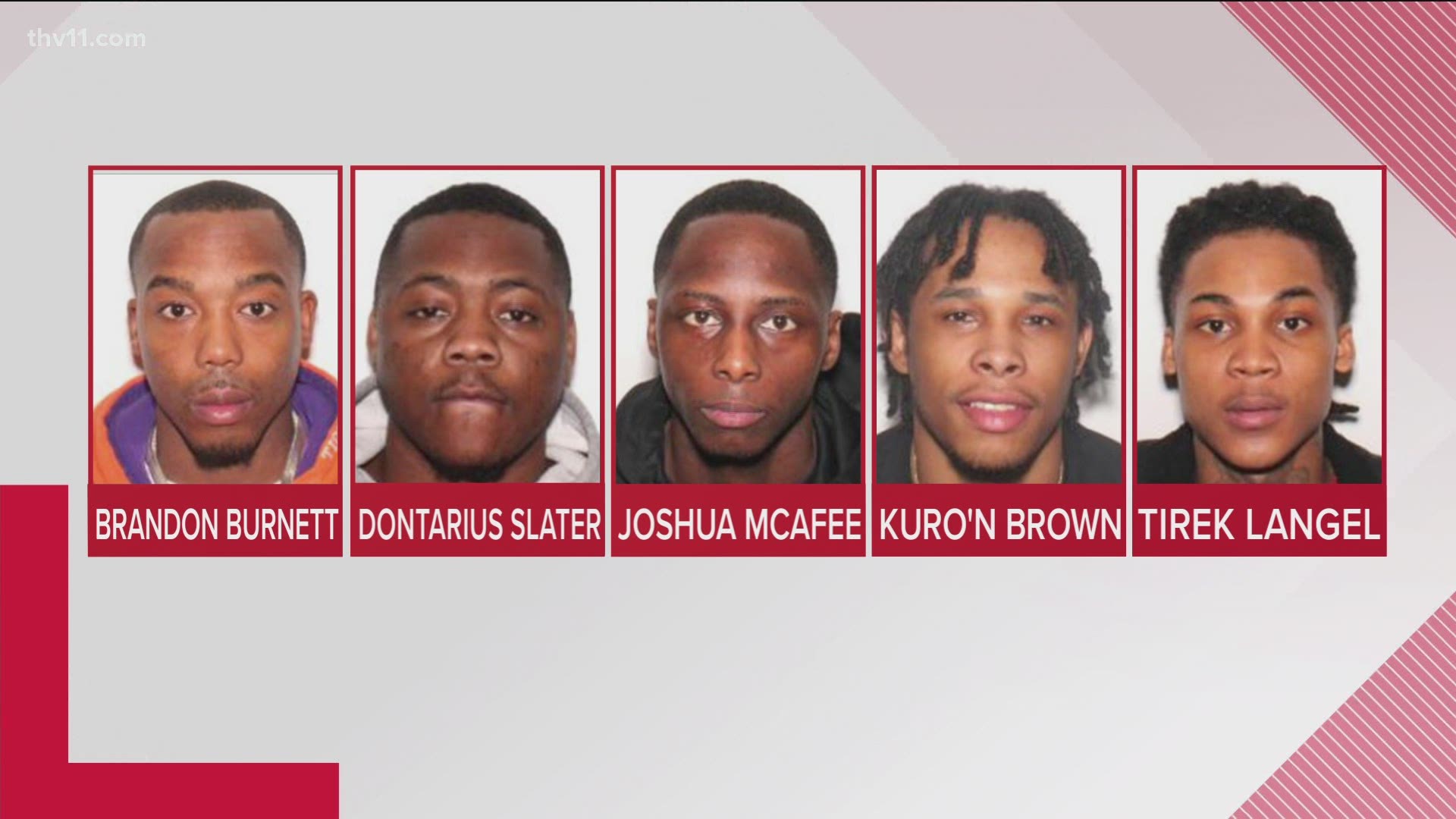 PINE BLUFF, Ark. — The Pine Bluff Police Department is in the early stages of investigating a shooting that occurred at the Saracen Casino Resort on Thursday night, March 11.

At about 11:13 p.m. officers responded to a shooting that involved members of the Saracen Casino security staff.

Following a disturbance inside, members of the security staff escorted multiple patrons outside.

Once outside, those patrons went to the parking lot where at least two of them produced firearms. Following was an exchange of gunfire between the suspects and the security officers.

After the shooting, the suspects fled in a dark colored passenger car, possibly a newer model Nissan Altima.

Police say one security officer was shot in the abdomen and was taken to a local hospital for treatment.  At this time, his injury does not appear to be life threatening.

An exterior wall to the casino was damaged by gunfire and two cars in the parking lot were damaged as well.

The casino staff cooperated with the investigation and their security system aided in the quick identification of the suspects.

Dontarius Slater, Kuro'n Brown and Joshua McAfee, all three of whom were originally suspects came forward and were later released by police.

27-year-old Brandon Burnett is currently in custody after turning himself on Monday, March 15, and will be booked in the Jefferson County Jail first-degree battery and discharging a weapon from a vehicle.

According to police, the fifth original suspect in the shooting, Tirek Langel told detectives through his attorney that he will turn himself in on Wednesday and is wanted for the same two crimes as Burnett.

Anyone with information is asked to contact the Pine Bluff Police Detective Division at 870-730-2090. Information can also be shared via the department’s Facebook page.