According to the Little Rock Police Department, detectives are investigating an aide at Cloverdale Middle School for allegedly assaulting a 12-year-old boy. 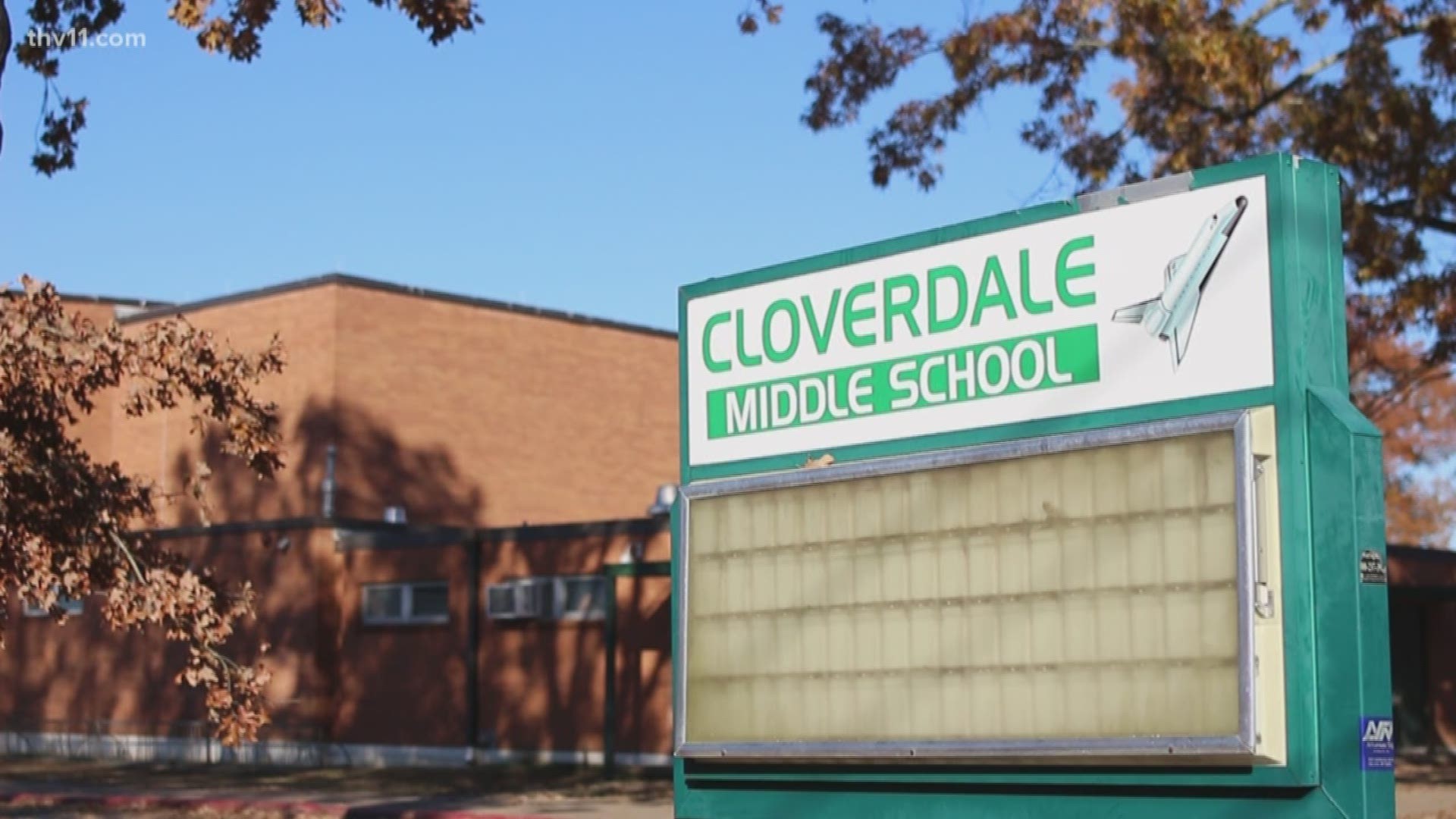 LITTLE ROCK, Ark. — According to the Little Rock Police Department, detectives are investigating an aide at Cloverdale Middle School for allegedly assaulting a 12-year-old boy on November 15.

The aide was reportedly taking the student to the bathroom when the incident took place. Surveillance footage shows the student falling out of the bathroom area and then the aid walking out afterward. The police report states that he then attempted to get the student off of the ground when he wasn’t successful, he left and asked a teacher to help.

The student’s mother allegedly returned to Cloverdale after her son had arrived home with “his face swollen and bruised.” When asked if the student was playing in the bathroom and fell, he “replied yes and hung his head down,” the police report states.

The student’s mother took her son to the hospital after the incident for treatment.

The Mexican Consulate in Little Rock made a statement Saturday, stating that “Mexico condemns aggression against Mexican minor in Little Rock, Arkansas.”

LRPD say they haven’t formally charged the suspect who is now placed on administrative leave. The case is currently under investigation.

"We learned late yesterday of an allegation of maltreatment regarding an incident involving a staff member at Cloverdale that occurred last week.  When we are made aware of such allegations, we investigate them promptly and thoroughly, and will take appropriate action.  That employee has been placed on administrative leave pending the outcome of the investigation.

Because schools are closed next week, we will continue the investigation as soon as classes resume.  However, the matter has been referred to local legal authorities, as well as the Child Abuse Hotline.

We will be unable to provide additional comments at this time, as it a personnel matter.  It is the commitment of LRSD to maintain educational environments that are safe and conducive to learning."

RELATED: Teacher makes time every week for students to count their blessings