Carson Glover, 19, was arrested for capital murder. William Glover, 55, was charged with hindering apprehension or prosecution. 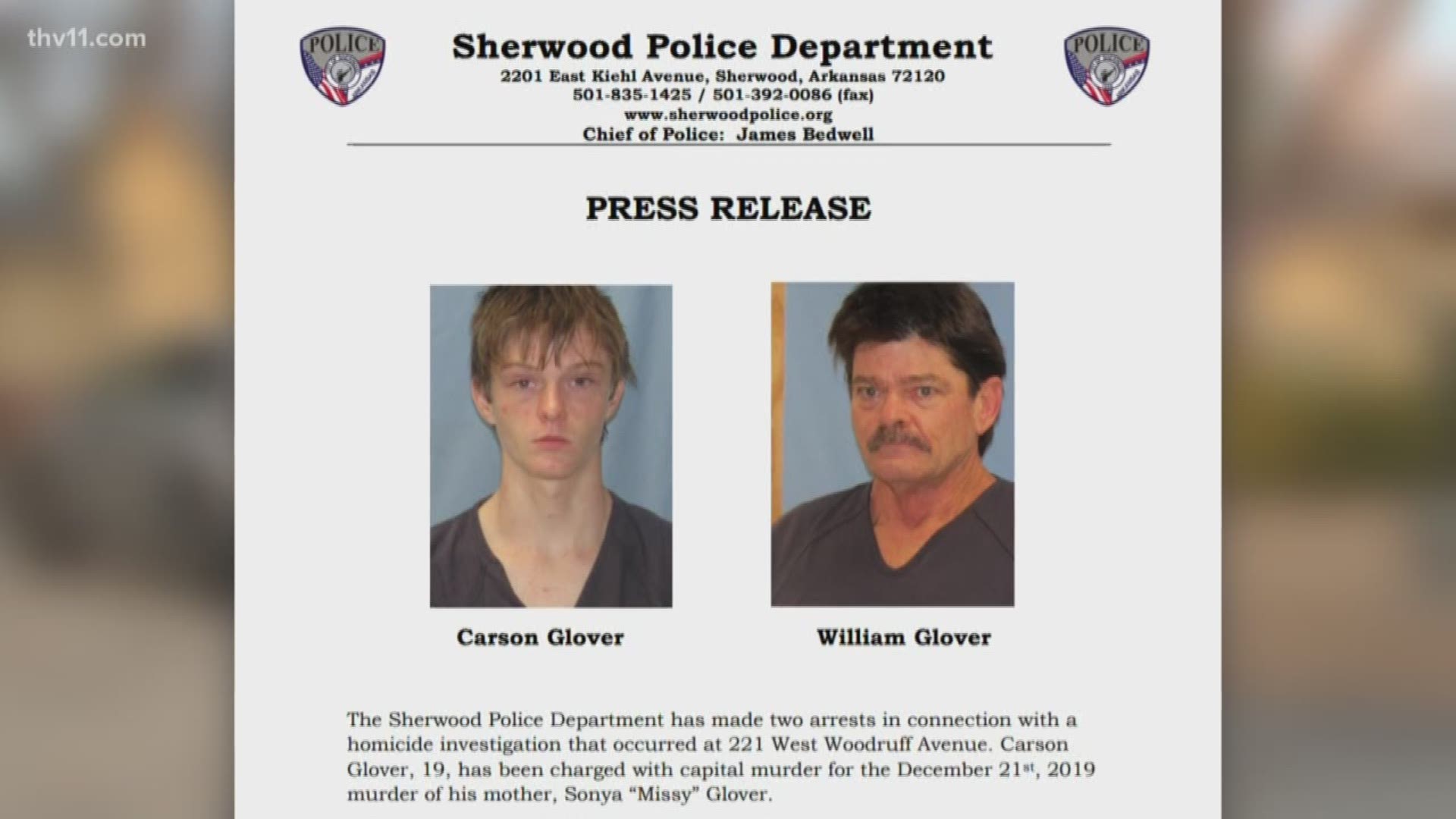 SHERWOOD, Ark. — Sherwood police have arrested the son and husband of the city's first homicide victim of the year. On December 21, officers were dispatched to 221 West Woodruff Ave. after a report of a deceased woman, later identified as Sonya "Missy" Glover.

Carson Glover, 19, was arrested and charged with capital murder for killing his mother, while William Glover, 55, was been charged with hindering apprehension or prosecution.

Sherwood police say both suspects lived with Sonya at the Woodruff residence.