The company posted surveillance video showing two men attempting to break-in to a cash register at the business. 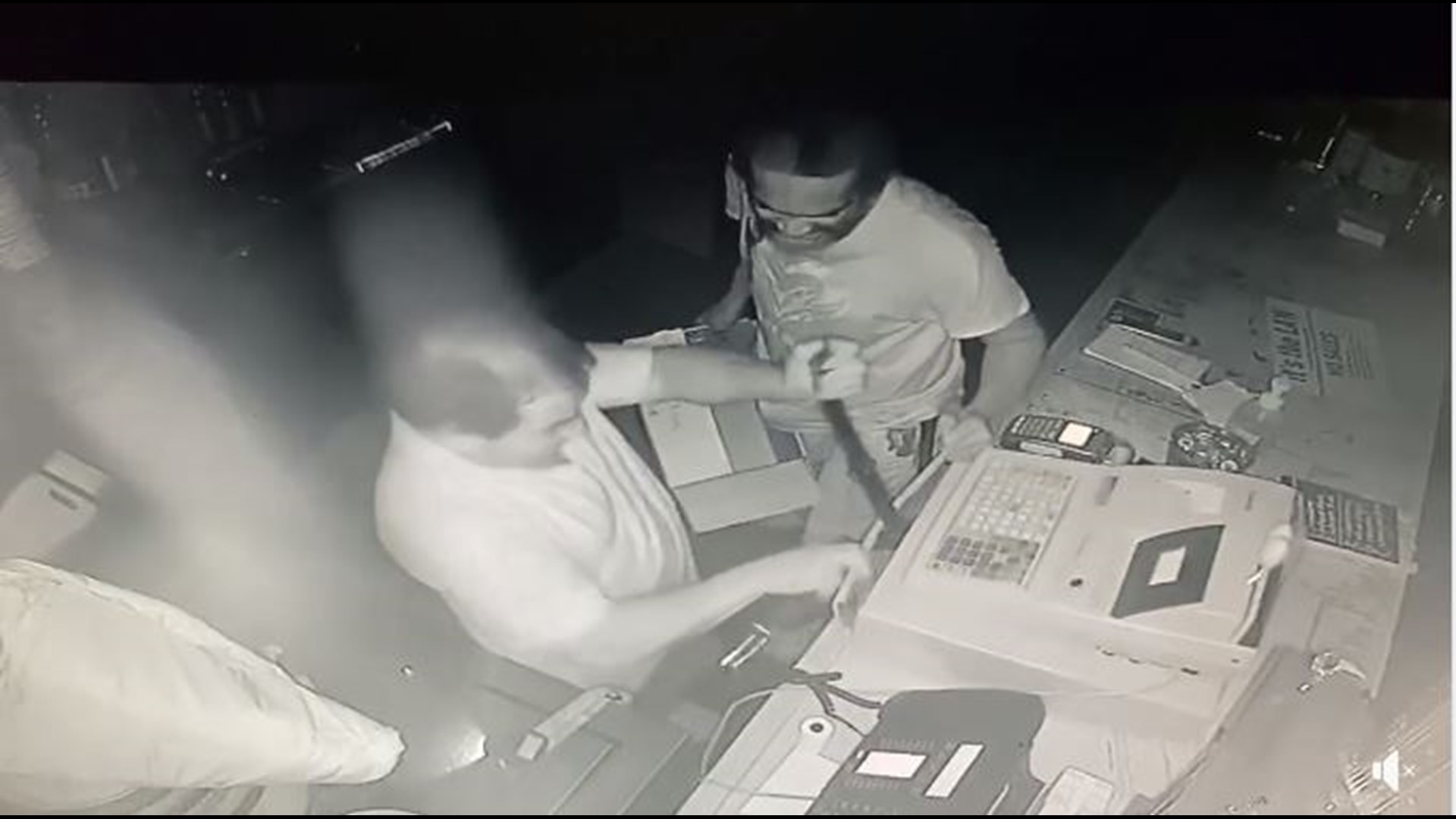 BEAUMONT, Texas — Thieves broke in to a Southeast Texas caterer early Friday morning and stole 150 pounds of meat being prepared for the Saturday funeral of a Beaumont Police Officer.

The Jefferson County District Attorney's Office issued an arrest warrant for burglary for Moraida, and the white Ford sedan he was driving was seized and towed, Jefferson County Sheriff's Office detective Crystal Holmes said in a news release.

Moraida's bonds total $250,000 for charges of burglary, theft and criminal mischief, according to the Jefferson County Sheriff's Office website.

"Everyone is curious — we did not recover the brisket," Holmes said.

Police are still looking for the other man in the video, and the incident is still under investigation.

The burglars broke into Courville’s Catering along U.S. Highway 90 west of Beaumont at about 5:30 a.m. Friday, August 14, according to a post on the catering company’s Facebook page. The company posted surveillance video showing two men attempting to break-in to a cash register at the business.

The burglars stole 150 pounds of brisket right off the smoker. The meat was being prepared for Beaumont Police officer Sheena Yarbrough-Powell’s Saturday funeral according to the post.

Yarbrough-Powell was killed early last Sunday morning after a suspected drunk driver struck the police SUV cruiser she was riding in head-on. She died at the scene and officer Gabriel Fells was seriously injured.

Luis Torres, 18, of Port Arthur has been charged in connection with the fatal wreck and is being held on $750,000 bonds. Investigators say he had more than 3 times the legal blood alcohol content level that Sunday morning.

If you have information about this crime you could earn a cash reward of up to $1000 by providing an ANONYMOUS tip to Crime Stoppers of Southeast Texas.

This is a developing story. We will update with more if and when we receive more confirmed information.

From the Courville’s Catering Facebook page…
This morning at approximately 5:20 AM we were burglarized. Several items were stolen. 150 lbs worth of briskets were taken that were on the smoker for Officer Powell’s funeral tomorrow, along with multiple other valuable items. Below is a video of the criminals that did this, in the act. If you recognize anyone in this video, please contact us.

In this trying time, it is truly disheartening to have this happen. We appreciate your help.

*Please be patient with us if you have morning meal pickup today. We are trying to inventory our items and work with the Sheriff’s Department*