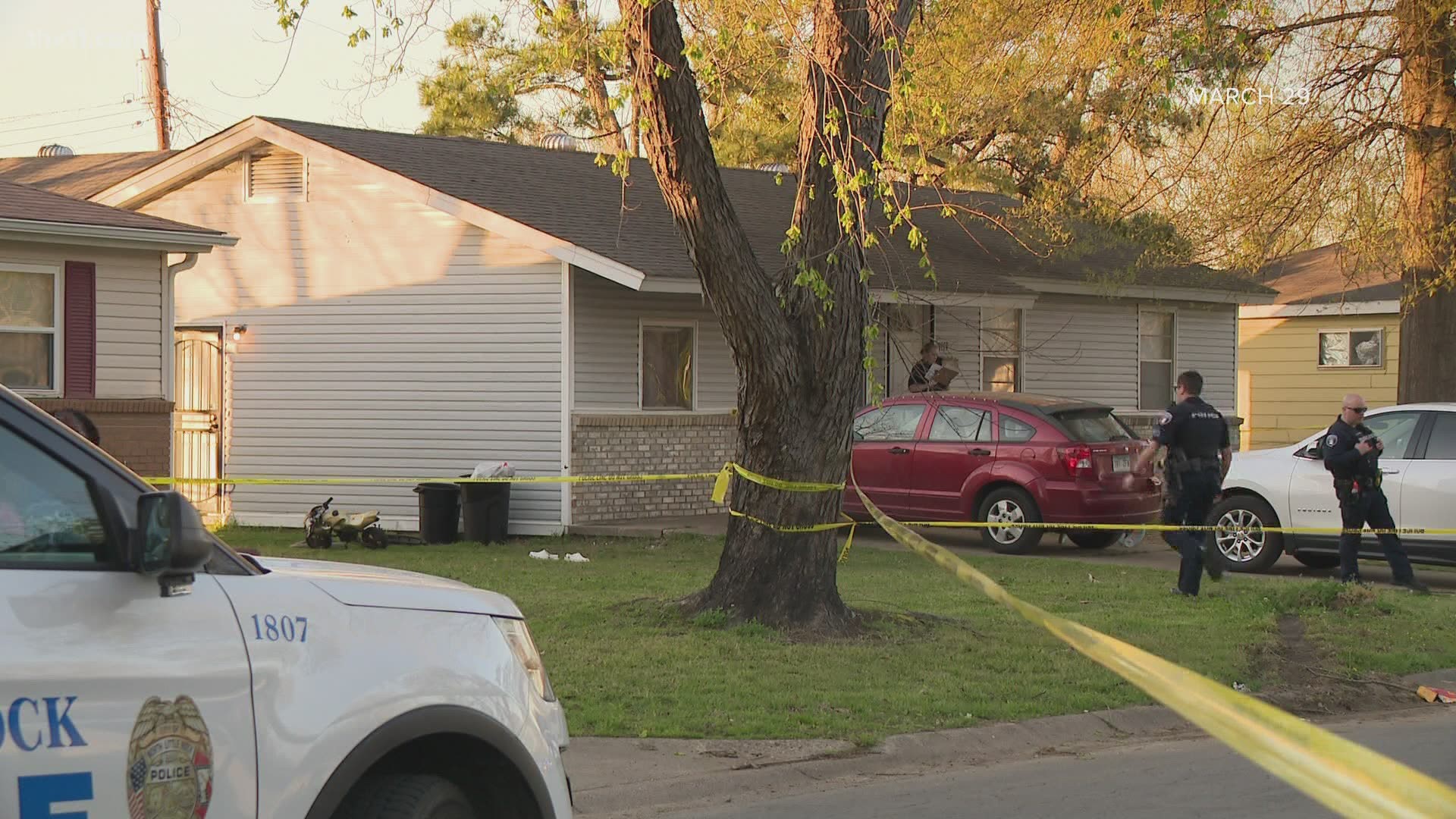 Officers first responded to a shooting around 5:30 p.m. on Healy Street, where, according to Sgt. Carmen Helton with NLRPD, a 13-year-old girl, identified as Arianna Staggers died.

Detectives are currently searching for 17-year-old Tahmarcus Deshon Stewart in connection to Staggers' death. He has a warrant out for first degree murder.

The second shooting took place right after 6:30 p.m. near an apartment complex on McCain Blvd. Police responded less than an hour after the first shooting, where they say a man was driving along McCain Blvd. when shots were fired at his vehicle multiple times.

The car then rolled over in front of The Bluffs on McCain apartments. The victim was taken to a nearby hospital where his condition is unknown.

It has not been confirmed that the two shootings are related.

No other injury or victim information has been released by police.

NLRPD encourages anyone with information concerning this incident to contact Detective Gary Jones at 501-771-7151 or the NLRPD Tip Line at 501-680-8439. All witnesses can remain anonymous.