Kayvon Ward and Coraima Hernandez has been charged in the death of Officer Scrimshire. There was a 2-year-old child in the car. 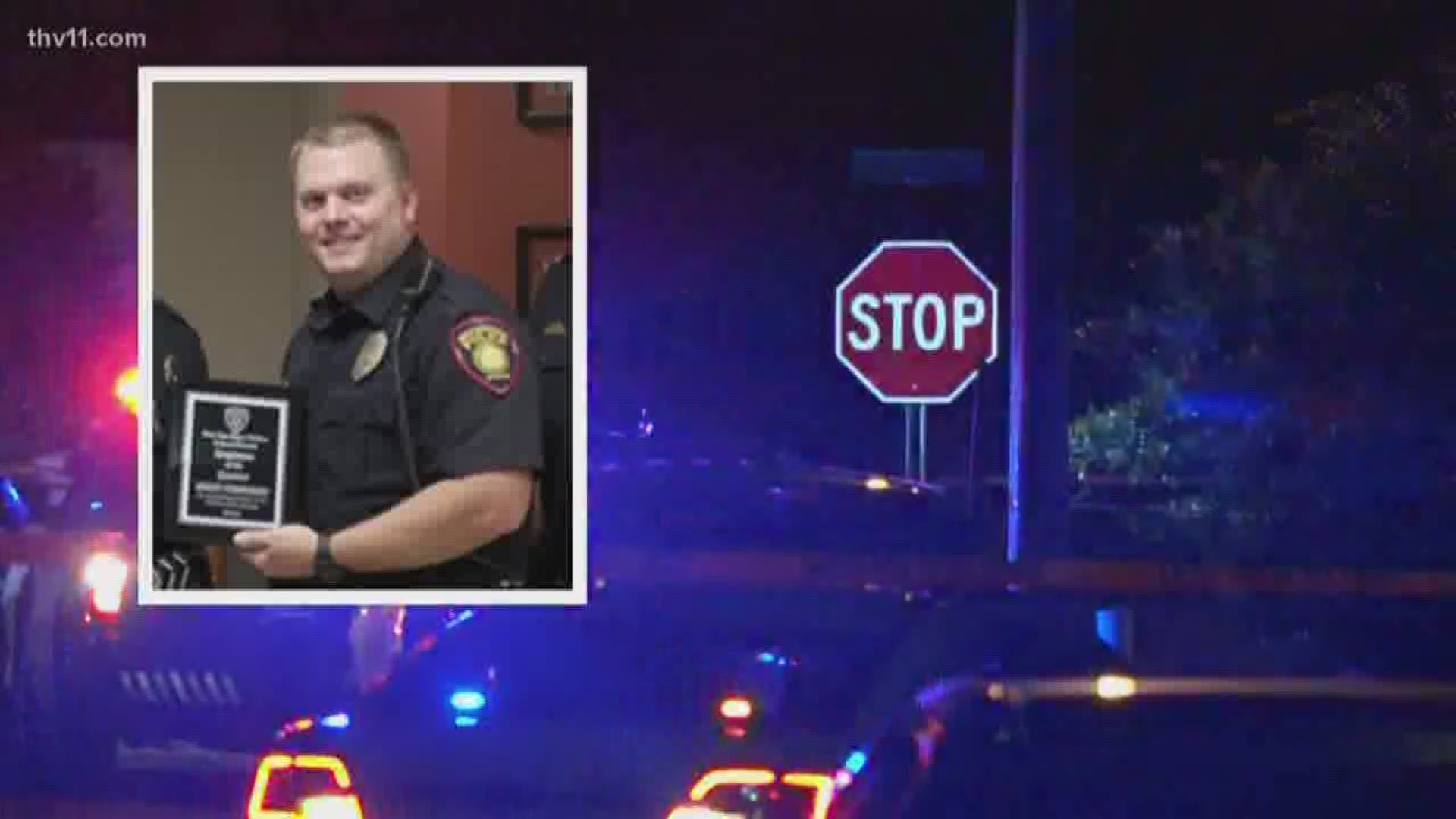 HOT SPRINGS, Ark. — Officer Brent Scrimshire was reportedly shot by Kayvon Ward during a traffic stop on Kentwood Street around 6:30 p.m. on March 10.

Scrimshire died later due to his injuries.

Ward was being pulled over for not stopping at a stop sign.

Hot Springs police say Ward was driving the car when Officer Scrimshire pulled him over and proceeded to give him a fake name and date of birth.

The officer noticed that there was a 2-year-old child in the car not in a car seat, and asked for Ward to call someone to pick up the child or bring a safety seat.

Later, Hernandez arrived on the scene after Ward called her to pick up the child. By then, Officer Anthony Larkin arrived to provide backup for Officer Scrimshire.

As officers were speaking to Hernandez, Ward attempted to leave the vehicle. Officers were able to notice in time to begin trying to handcuff him. Ward reportedly said three times that the officers "were not going to arrest him," as he continued to resist arrest.

Hernandez began pushing the officers, and when Officer Larkin pushed her off of him, Ward was able to break free and start running into a fenced-in backyard.

When in the backyard, police say Ward began shooting at both officers. Officer Scrimshire was struck in his chest above his bulletproof vest. Officers returned fire against Ward, injuring him in the process.

While Ward fled and began shooting at officers, Hernandez got into the vehicle and fled the scene.

RELATED: Gov. Hutchinson orders state, US flags to fly at half staff in honor of fallen Hot Springs officer