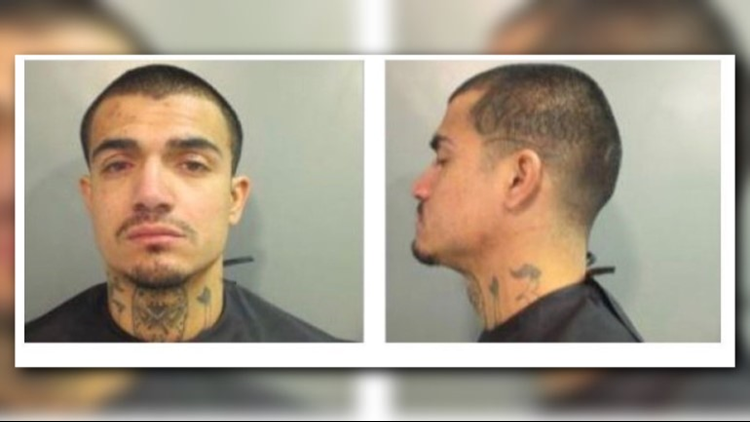 According to Coyne, a citizen spotted Amador in the 4th and K Street area and called police, and he was arrested without incident.

Amador was wanted for capital murder in connection to a homicide that occurred in Springdale on January 30th, 2020.

Amador was spotted in a vehicle in Fort Smith with a female Tuesday, Feb. 11. They say the female was driving and sped off during a pursuit and wrecked the vehicle. She is now in custody, but her name has not been released at this time.

By using thermal heat signals from an infrared drone, Marshals were able to locate what they thought was a person at a junkyard by the Arkansas River near Towson and Wheeler, but after investigating they learned it was not a person.

According to Alicia Agent-Speegle with Baptist Health, the hospital was on temporary lockdown due to the search, but operations are now back to normal with extra security.

Fort Smith Schools sent a text to parents alerting them that schools will lock all exterior doors as a precaution, but schools are not on lockdown, according to Executive Director of Communication Zena Marshall.

RELATED: She was killed in front of her friend, 12 years later the murder is still unsolved