Watson Chapel School District take the next steps after shooting

The Superintendent is now looking to the future to make sure this doesn't happen again. 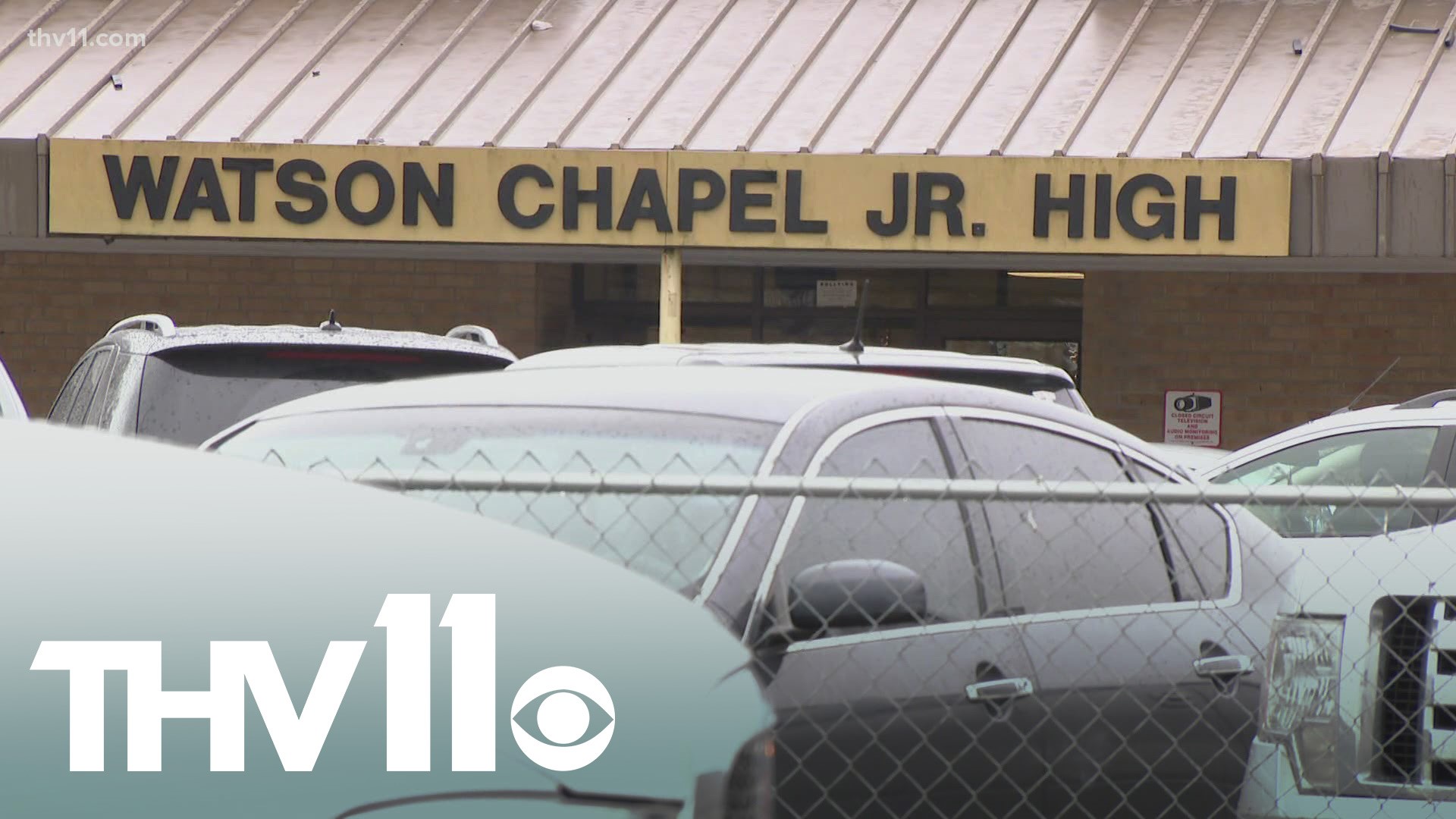 PINE BLUFF, Arkansas — Students, parents, police, and community members are all trying to process what happened Monday...and most importantly, how they move forward.

After a student brought a gun inside the junior high, questions have been raised about school security.

Budget cuts have removed resource officers from schools for a while now, but Dr. Guess says that wasn't an issue Monday.

"We have two district employees on the campus. One of them is actually working in the offices of the County Sheriff's Office. He is a deputy sheriff," said Dr. Guess. "Officer Arnold was immediately notified and he was on the site, one of the first to arrive."

The school also doesn't have metal detectors.... something that Dr. Guess says could change in the future.

"Well, we will certainly talk to the police chief and follow his guidance and wisdom," said Dr. Guess.

As for the days ahead, students and staff will have access to counseling.

"We are asking that the community join us in keeping the Watson Chapel School District in our thoughts and prayers at this time," said Mayor Washington.

Watson Chapel Junior High School students will have virtual learning on Tuesday and return to campus on Wednesday.

There will be heightened security from the Pine Bluff Police Department and Jefferson County Sheriff's Office at the Watson Chapel schools for the next few days.