Joseph Pridmore was also previously charged in a federal indictment that charged 44 people from the Pope County area with numerous gun and drug violations. 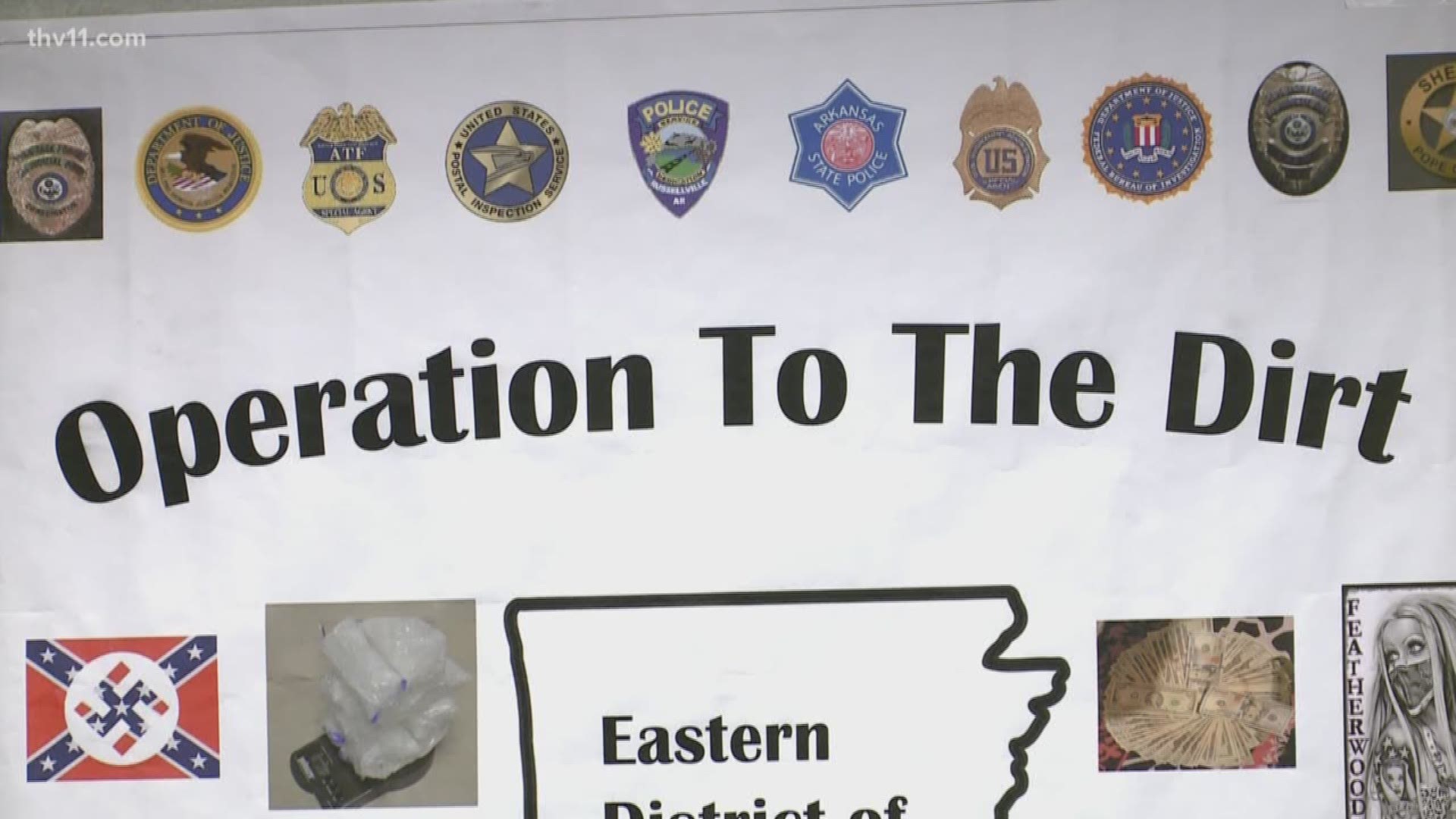 POPE COUNTY, Ark. — Editor's Note: The attached video about Operation 'To The Dirt' is from early 2019.

According to the Department of Justice, 34-year-old Joseph Pridmore of Dardanelle was sentenced Monday for distribution of methamphetamine in connection with white supremacist groups in the Pope County area.

In 2016, local and federal agencies initiated a joint investigation to identify, infiltrate, and dismantle drug trafficking organizations in Russellville. Agents identified multiple individuals who were trafficking methamphetamine in the Pope County area.

The investigation revealed that Pridmore obtained multi-ounce quantities of methamphetamine from sources in Russellville and distributed the meth in ounces or grams to various individuals in the area.

Pridmore is a self-professed member of White Aryan Resistance, a white supremacist group with similar core beliefs and rank structure as the New Aryan Empire (NAE), a white supremacist organization that began as a prison gang. According to charging documents in the case, “it is not uncommon for the two groups to collaborate and comingle to further their criminal objectives, including narcotics distribution.”

Pridmore was charged on October 3, 2017, in a federal indictment that charged 44 people from the Pope County area with numerous gun and drug violations. The case is named “To The Dirt,” a reference to the NAE slogan referring to the rule that members must remain in the NAE until they die.

Joseph Pridmore is the third defendant to be sentenced in Operation 'To The Dirt.'