Inmates on social media from behind bars? It's more common than you think

The family of a man shot in a robbery is angry after seeing the accused killers on social media from behind bars. 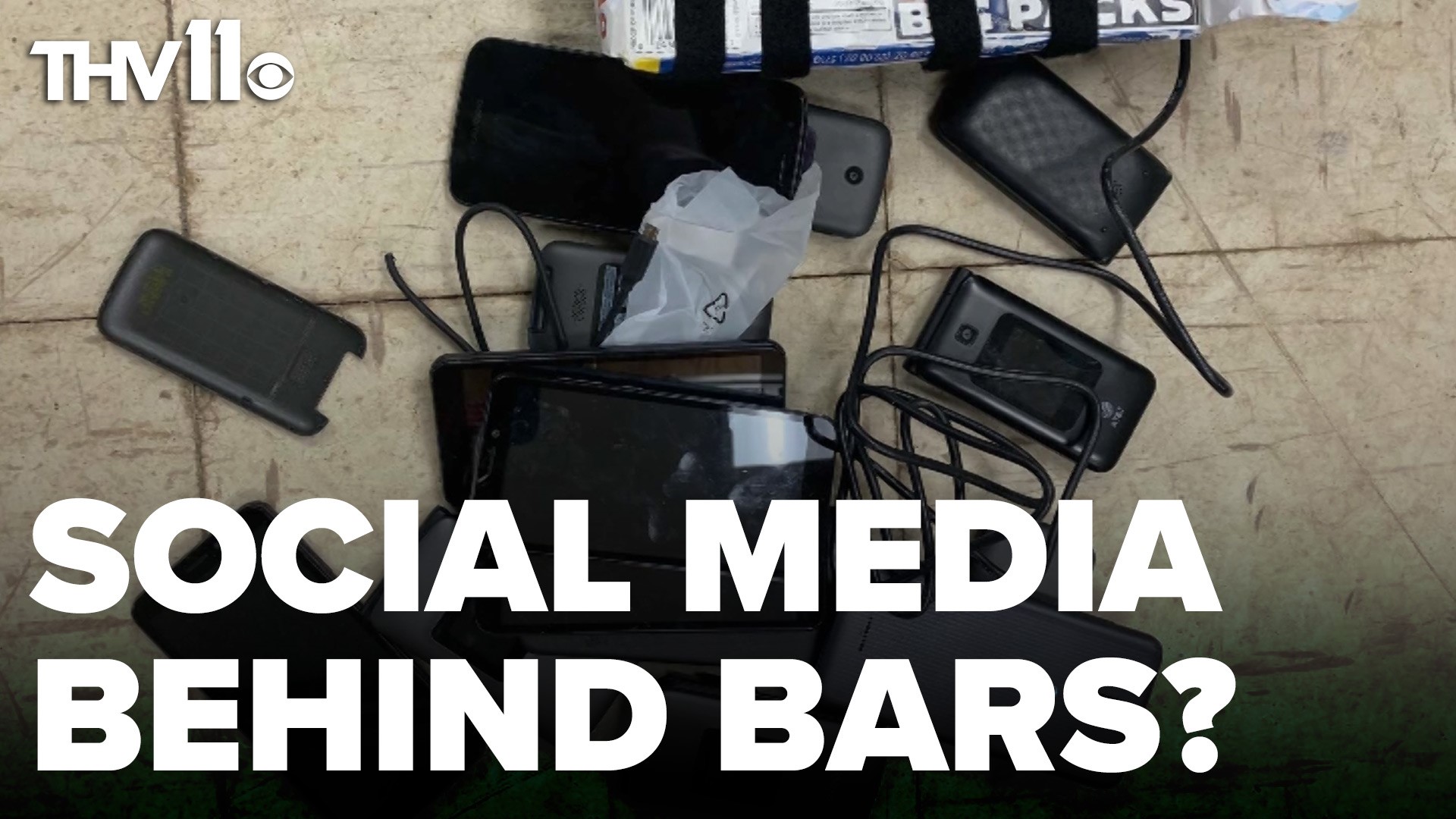 WHITE HALL, Ark. — For as long as people have been locked up, they have tried to smuggle in things to soften the hard life behind bars. Cigarettes and drugs usually do the trick, but the arrival of the cell phone changed things.

There's supposed to be life inside, separate from our outside world, but a smuggled phone helps scale the prison wall. It can allow an inmate to continue criminal activities, and even maintain a social media life.

And that brazen continuation of an outside life can torment victims of crime.

"Those people are supposed to be locked up and put away, and not have any kind of rights to a cell phone," said Jeff McHan, whose twin brother Brandon died in a botched robbery at the Wise Buck pawn shop in Pine Bluff in November of 2018.

"They don't need any of that stuff. They need to think about what they've done," he said.

McHan is referring to Daryl Strickland and Rodney Henry, the two facing federal charges for the murder of Brandon McHan. A close friend and co-worker survived despite being shot in the face.

A murder while robbing a place that sells guns puts Strickland and Henry in line for the death penalty if convicted. Because that process grinds slower than in state court, the two have moved to different county jails awaiting trial.

Along the way, on at least two occasions, McHan and the other victim discovered both men appear to have managed to get a hold of mobile phones and post to social media.

"There's no bringing back Brandon and there's a lot of pain and torment that goes along with that every day," McHan said. "But people should not see murderers on Facebook posting selfies from the local jail."

McHan and the other victim in the case hounded Strickland and Henry's jailers. They say it led to raids that turned up loads of contraband, but until COVID-19 hit, each time it was only temporary.

"It's ridiculous," McHan said. "I don't know how the stuff is getting in there but we've got to do better."

The local sheriff and the man who initially held Strickland and Henry agrees.

State corrections secretary Solomon Graves and Sheriff Woods are asking for a high tech fix already in place in some federal prisons.

"The introduction of cell phones into our facility is our number one challenge when it comes to contraband," said Graves.

"That would change if we are allowed to install jamming equipment in our facilities to intercept and shut down these signals."

The biggest obstacle to jamming phones is making sure that you can keep the calls from getting out of specific prison buildings and not affecting the calls of people living nearby.

In places like Wrightsville, where Arkansas has a sprawling prison complex and work farm, it's not a problem. The trouble comes when a county jail or prison facility is in the middle of a city.

That's when local leaders need to be convinced that the technology is up to the task.

"It would greatly minimize if not eliminate the threat we have right now with communication devices coming into our facility illegally," said Woods on how he feels he could convince people in his community.

"The technology is there to build these fences for lack of a better term to capture these signals," said Graves.

The hold up comes because messing with radio waves is a Washington thing.

It will take Congress to change the Federal Communications Act. So starting in 2019, Arkansas and South Carolina lawmakers teamed up to do it by drafting the Cellphone Jamming Reform Act.

The legislation hasn't moved since it was filed and will likely need to be restarted when a new Congress convenes in January.

Another approach would be to pay prison guards more money to keep them from being tempted to get a slice of the criminal action, but Graves says the idea that "a few bad apple guards smuggle the phones in," isn't all there is.

"The number one way that phones get into our facilities and most facilities are through 'drops.'" he said.

Graves describes bags, boxes or even footballs filled with phones and thrown over fences into common areas. They've even seen drones drop phones onto prison grounds.

Micro jamming fights that tech by bricking the phone as soon as it lands, and all it takes is flipping a switch.

"This is not the stuff of science fiction," said Graves. "It's been proven. It's being implemented in the commercial sphere already. We just to be able to leverage that technology to safeguard our facilities."

While we wait, at least one family urges other victims to keep an eye on the feeds and keep pushing from the outside.

"Don't be afraid to call," said McHan. "They will do what they need to do. It may take a couple times, and it's ridiculous the entire time, but people will do their jobs."