From iconic Arkansas park to abandoned relic, here's what's next for Dogpatch USA

Dogpatch USA has been closed for almost three decades, but the memories of the iconic attraction between the cities of Jasper and Harrison are still vivid. 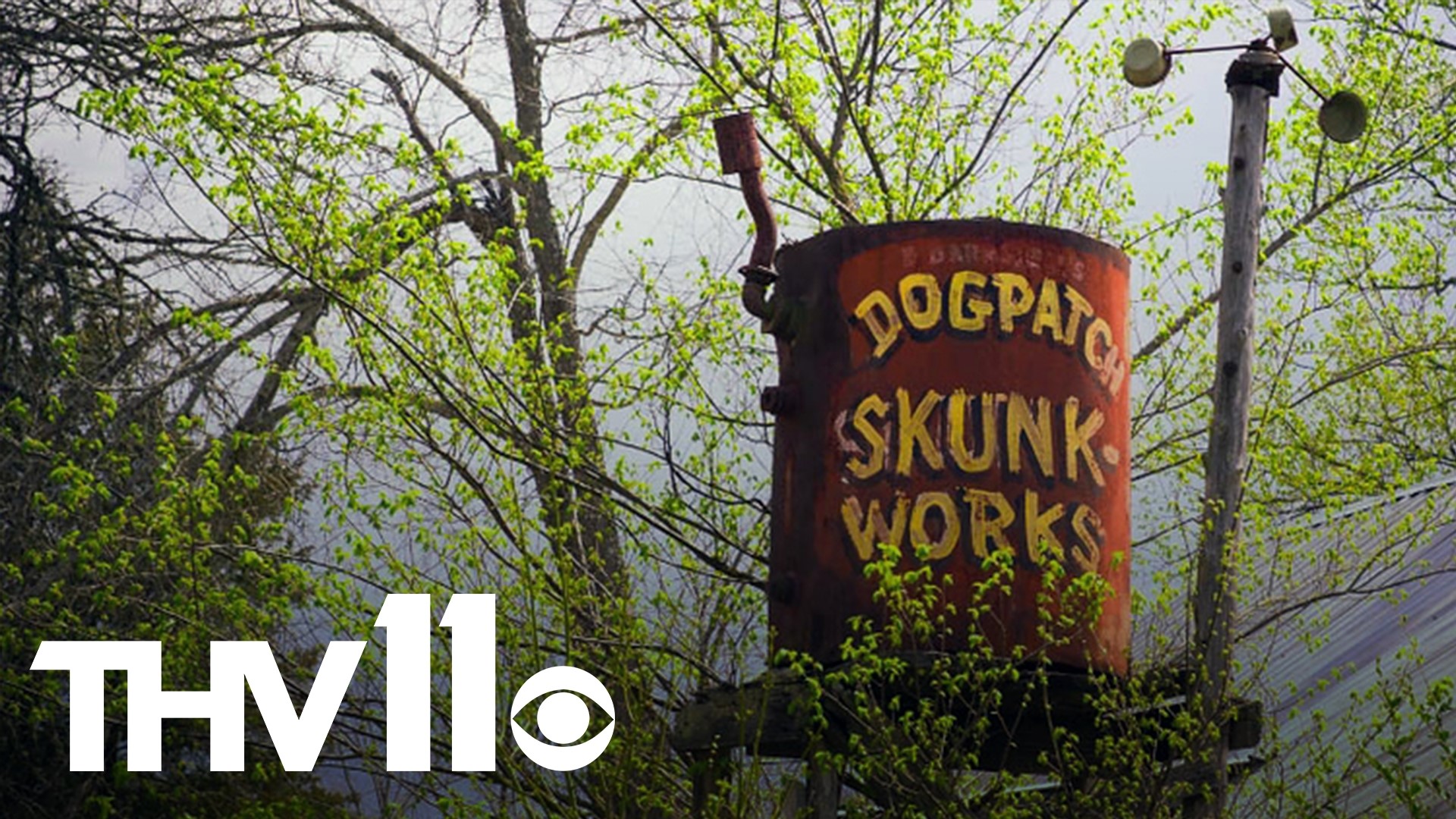 Along Highway 7 between Jasper and Harrison sits an iconic attraction, a place treasured by so many: Dogpatch USA.

The park has been closed for almost three decades, but the memories are still vivid. John Burton, a Branson-based travel blogger, recalls the scenery.

“It's different than driving into a giant parking lot, coming off the freeway somewhere and seeing all the big rides off in the distance,” Burton said. “It was different and even as a young kid, I remember that and I'm like, wow, this is really cool.”

The story of Dogpatch USA has more twists and turns than the rollercoasters that once stood there.

The park based on the popular “Lil’ Abner” comic strip opened in 1968 and welcomed 300,000 annual visitors at one point. It played host to thrill rides, a waterslide, trout pond, railroad, grist mill, and a downtown – ultimately closing 25 years later.

Michael Schwarz, president of the Abandoned Atlas Foundation, has researched and written extensively about the park.

The Abandoned Atlas Foundation highlights abandoned places and their potential for new life. Dogpatch USA is one of those places.

"For years, Dogpatch sat completely abandoned,” Schwarz said. “There was an old waterslide, all the buildings in the downtown, the train tracks, the train station, were still there. And it was just all grown up, there was just nothing.”

In the years that followed its closure, several investors made unsuccessful attempts at revitalizing the park. In 2020, it sold once again.

“Well, first, I said it was a lie. I didn't think that he was actually going to acquire it,” Matt Bell, executive director of Explore Harrison, said.

Explore Harrison is the marketing organization for the City of Harrison. Bell is among local leaders who share excitement about the future of the property that sits about five miles south of the city.

“Over the last couple of decades, it has been – for lack of better words – a roller coaster. You never knew what was going to come of Dogpatch USA,” Bell said. “We now know that Johnny Morris and his team are going to make it a relevant location for visitors to come.”

The park’s gates are locked, but the view from above shows a transformation underway. Details remain few and far between.

After reaching out to Bass Pro communications and requesting an interview, the company responded with the following email: “Unfortunately we do not have anyone available for an interview or an update to provide at this time, but we will gladly keep you informed when we have more to share.”

“The most important thing is that Mr. Morris, his goal is again, nature conserve natural conservancy, respecting the environment, creating opportunities for people to get outdoors and being engaged in nature,” Spencer Jones, an engineer on the project, said.

Morris is the brains behind several other Ozark nature projects, including Big Cedar Lodge, Top of the Rock, and Dogwood Canyon – the model for the Marble Falls park. It includes a restaurant, trout fishing, grazing livestock and wildlife.

In October, Burton visited the project site to see the progress for himself. He took photos from along Highway 7 to post on his Facebook page and YouTube channel.

“You see this old tram just sitting there and a waterwheel that's not moving anymore and train tracks, and I'm like, wow. And then you could just kind of put yourself back,” he said.

Although Burton is among people who originally hoped to see the return of a theme park, he looks forward to the future.

“We have all of these memories that were unique and special,” he said. “So is this new project going to create those types of memories for the next generation? I think that for Johnny Morris is a significant goal that I think that he needs to reach for.”

A timeline for the project has not been released, so community leaders and tourists are waiting in anticipation. Bell is hopeful the park’s natural beauty will serve as a draw.

“The fact that [Morris is] going to capitalize on that and preserve that property and allow tourists to come in and see what the Ozark Mountains our natural beauty is all about is awesome,” he said.