A Dripping Springs teacher dressed up as an illusion for her school's vocabulary parade. A spooky vocabulary lesson just in time for the week of Halloween! 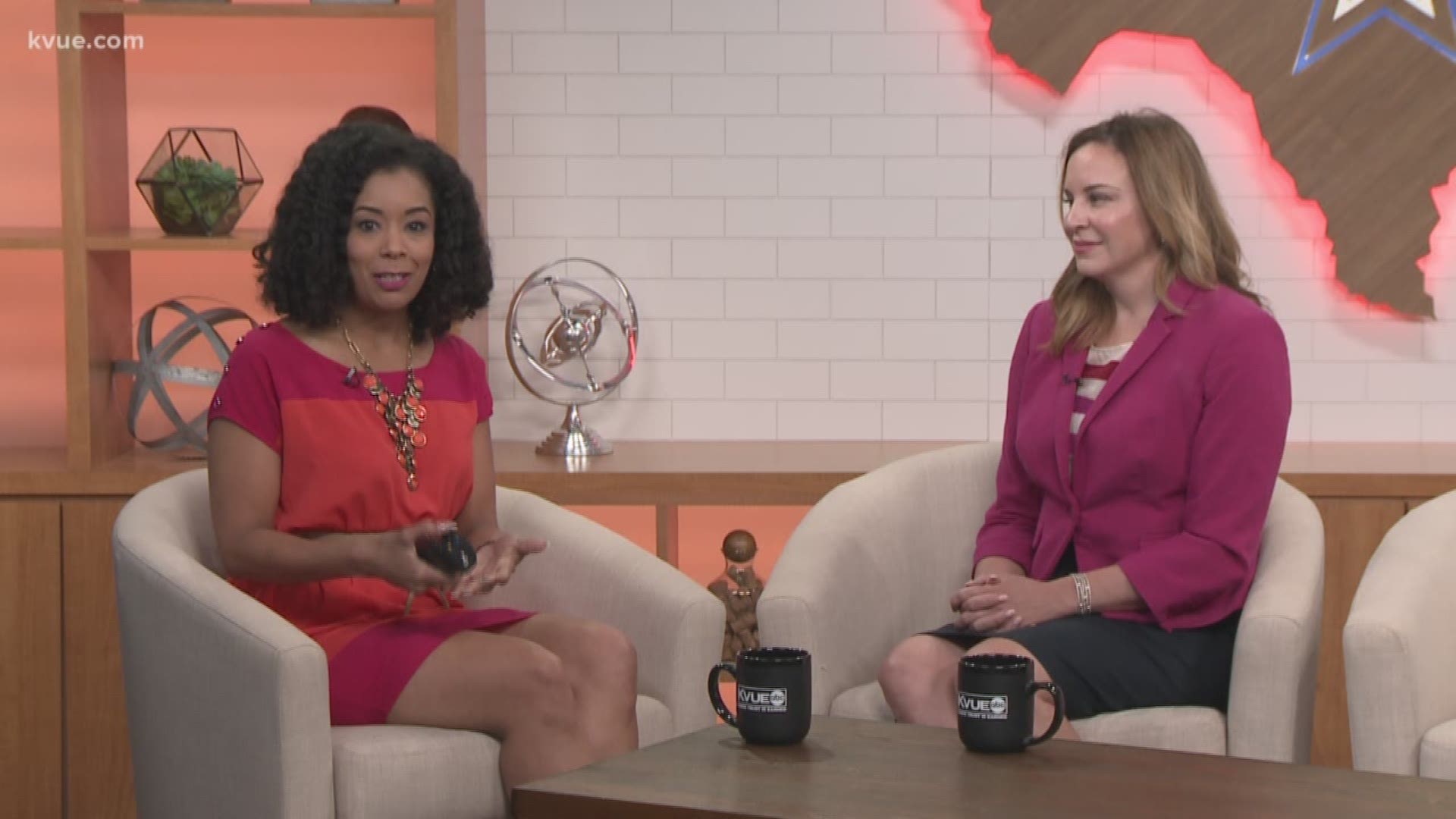 DRIPPING SPRINGS, Texas — Just in time for the week of Halloween, a physical education teacher from Dripping Springs has caught the internet's attention after she tweeted a spooky photo of herself wearing a costume that makes her looks like she is in cut in half.

Although the tweet was posted on Halloween, the costume was a part of a more educational event unfolding at the teacher's school.

"Brought my A-Game to my school’s Vocabulary Parade," Shay Diez tweeted on Halloween. The tweet includes a photo of herself dressed as an "illusion" for the vocabulary parade. In the photo, it appears that her torso is floating in mid-air alongside her legs.

Diez told KVUE that the vocabulary parade at Sycamore Springs Elementary School encourages students and teachers to dress up as certain vocabulary words.

In the picture, Diez is posing next to a sign that has the word "illusion" written three times.

"It’s an exciting way to learn new vocabulary and really celebrates literacy and reading/writing proficiency," said Diez. "The event culminates in the gym with the entire school coming together and being able to admire all the costumes while learning new vocabulary words."

The teacher said that her hopes were to "create some intrigue and fascination with 'something that is not what it seems to be.'"

"There was certainly some dropped-jaws and head-scratching," she told KVUE. "Mainly, though, there was a lot of intrigue, awe and wonder. I think it sparked a lot of excitement and curiosity from both the students and staff. It’s been an interesting two days of hearing the students come up with plausible ways that the illusion was created. It’s pretty amazing how innovative children can be."

When KVUE asked her how the costume works, she said that was "better left unsaid."

"An illusionist never reveals the 'how,' right? That would take the fun and excitement out of it! I’d much rather people try to come up with their own ideas as to how it was done. With some imagination and thought, perhaps they’ll come up with an even cooler way to create this illusion," she said.