The pandemic hit Arkansas small businesses hard. Some are coming back from the brink

Three different businesses found a way to adapt, survive and maybe even thrive after the virus took hold of Arkansas. 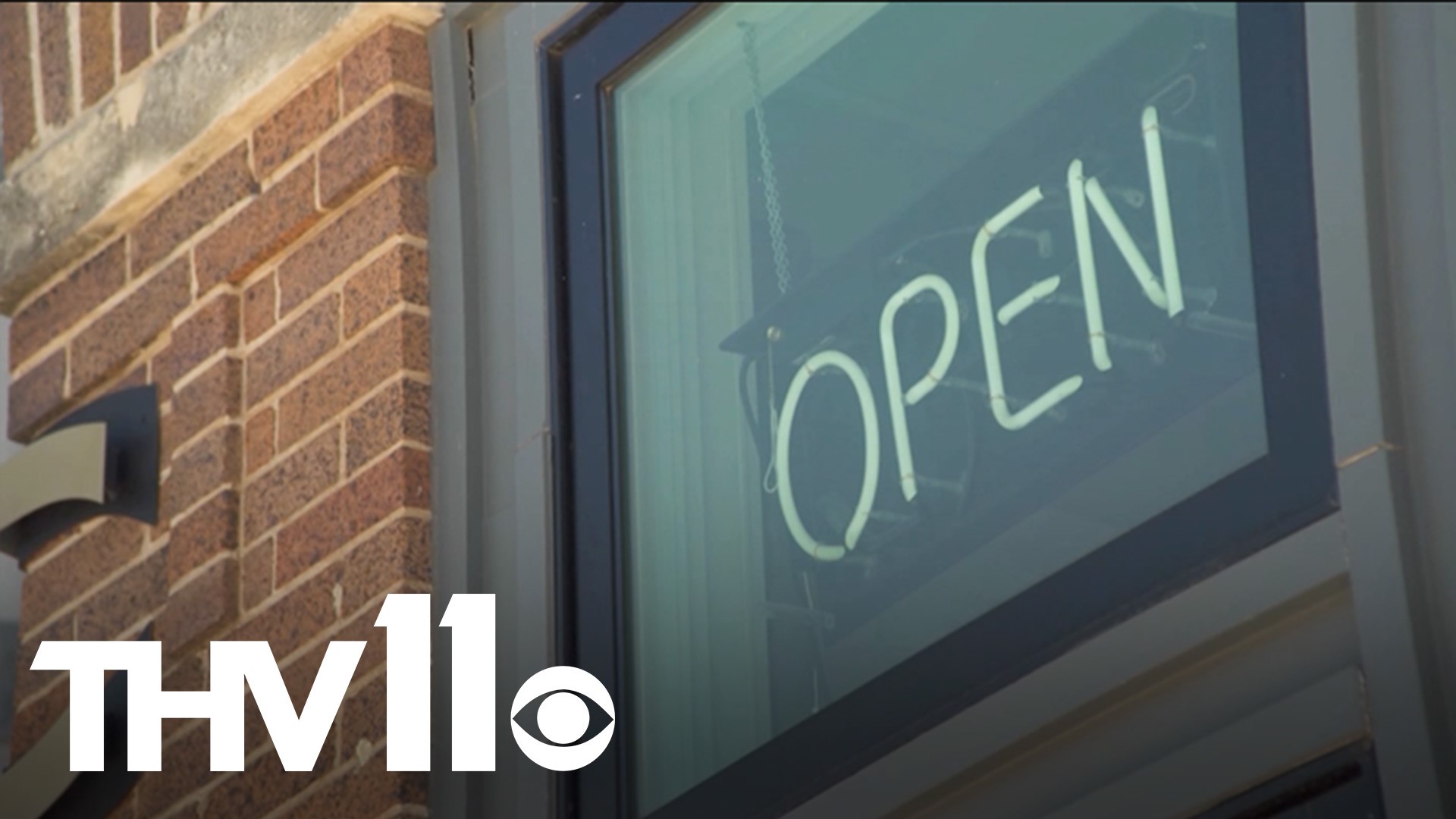 HOT SPRINGS, Arkansas — A year into a viral pandemic that created 100,000 unemployed Arkansans in just six week's time, taking stock of three businesses in the state shows how adapting to the new environment helped them survive and possibly even thrive.

"I've never seen anything like this. Obviously, it was a very, very scary time," said Vince Signorelli, the president of Tanners Sports, a baseball equipment maker that faced a spring with no baseball. "A lot of unknowns as we walked into April."

"People want to get out of the house as little as possible," said Jeff Fuller, the fourth-generation owner of Fuller and Sons Hardware, who went from hammers and nails to hand sanitizer overnight. "I think for a couple of months we were the only place in town where you could get toilet paper."

But for restaurants and other parts of the hospitality industry, the chance to survive is still an open question.

"One of our hardest things was keeping our employees here to help us run this show," said Jamie Bearden-Keller, co-owner of what is now C.M.B'z Coffee and Smoke Shop. She and her sister transitioned the former family-founded barbecue restaurant into the smaller scale operation last fall.

"We have mixed emotions because we're sad because a lot of people out there are sad that we have stopped smoking meats," she said.

Numbers from the Arkansas Hospitality Association capture the challenge to places like the former Mickey's. A survey at the end of the year showed four out of five of restaurants operating below their normal staffing levels. About a third of those places cut staff by more than 20 percent.

"When this pandemic hit us, and everybody either had to shut down or you know, if you had a drive-thru window, you could operate like that," Bearden-Keller said. "That kept everybody here working."

Bearden-Keller says waiters and cooks, when faced with limited hours, instead took advantage of stimulus checks and enhanced unemployment. So the sisters closed the restaurant and became a coffee and smoke shop because the two of them can run it themselves while waiting for food workers to return.

A few miles away from C.M.B'z location at the entrance to Hot Springs National Park, is a different business forced to adapt in a hurry.

Signorelli, the company president, can afford to be sympathetic to his neighbors in the restaurant business.

"My heart bleeds for the hospitality industry," he said while saying he has worked with other business leaders to support those where are struggling, while pointing out things looked grim last spring.

"I didn't really know how we were going to stay afloat," he said, describing how he had to furlough about a third of his factory staff until he saw a way to get in on the only growth industry there was: making masks.

"Our customers are athletes, and I didn't see any masks that specifically designed for athletes that are breathable," he said.

After some quick retrofits, Vulcan-brand masks caught a wave and sales took off. At the same time, the low-impact racket game pickleball picked up in popularity. Tanners is one of the leading makers of paddles and other equipment.

Signorelli calls it a case study in small-business survival.

Or in the case of Fuller and Sons, think outside the Big Box.

"We take care of our customers in a way that the big boxes can't," said Jeff Fuller of how the small Little Rock-based chain thrived when people turned to home improvement to get through home confinement. "They want to make one trip to the store, get the right thing, get it for the right price, go home and get it done."

Both Fuller and Signorelli say they have a lot of confidence heading into this year. They're both proudest of the community support that emerged for businesses like theirs.

That's where they're pinning their hopes.

"We have survived at least from a business standpoint, the worst of the worst. We're ready to go and we're ready for a great '21," said Signorelli.

And even the same can be said for the sisters at C.M.B'z. 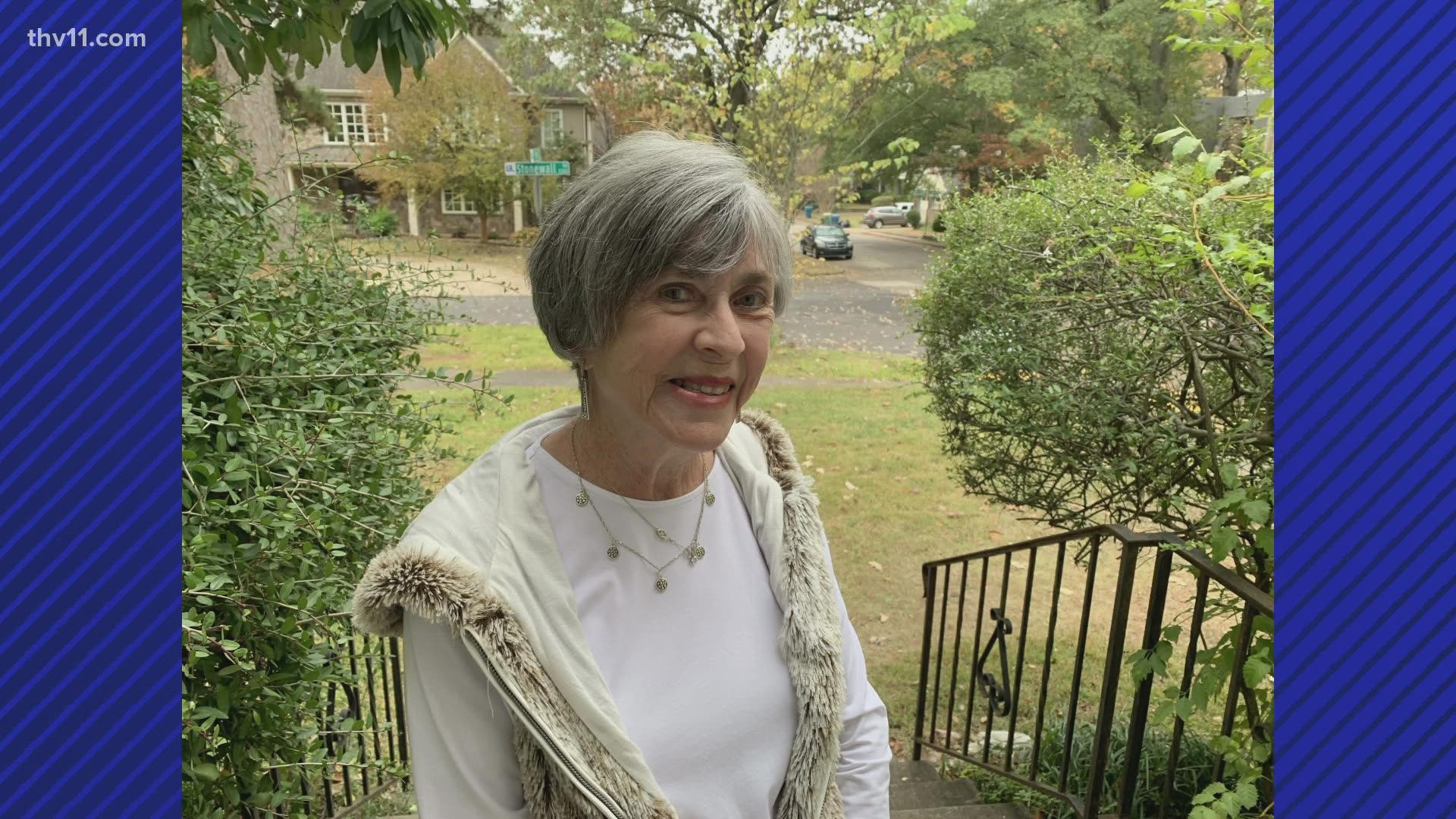 Peggy Thompson | Arkansan of the Day