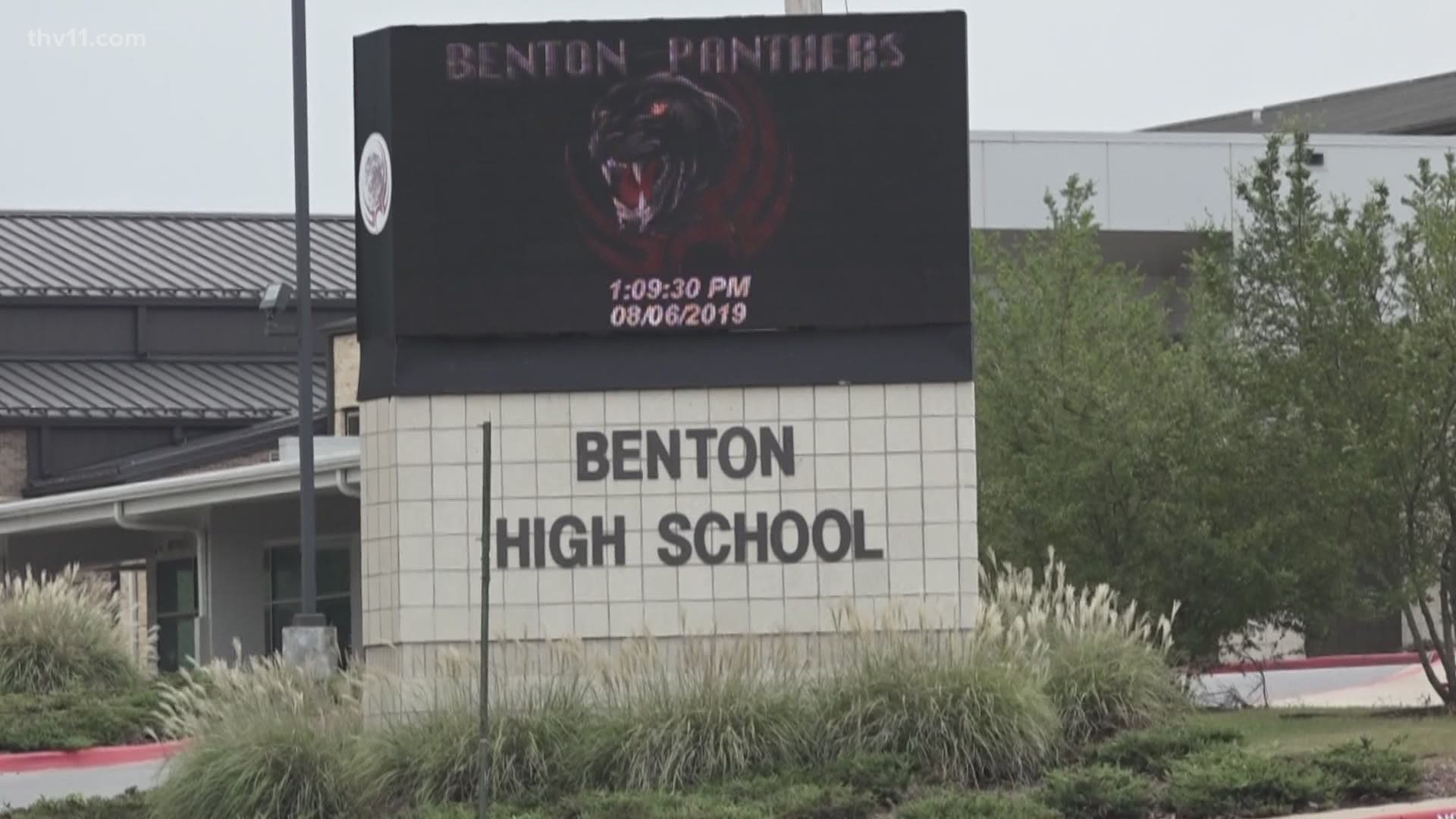 BENTON, Ark. — Public schools are beginning to release their official plans to reopen and Benton Public Schools have announced they're going to stagger on-campus days, surprising many parents.

Department of Education Commissioner John Key and Governor Hutchinson made it clear students should be in class five days a week, but some schools are finding ways around that, and the ADE is working with them.

"A lot of thought went into this. This wasn't a decision that was made lightly,” said Isabella Bradley, spokesperson for Benton Public Schools. "It's an A-B schedule, where part of the district will go on that Monday and Thursday and the other half will go Tuesday and Thursday. Wednesday will be a cleaning day for sanitizing."

Bradley said this schedule is not permanent and that it's only set for the first two weeks of school.

"Kids will be in school and learning in the classroom, but if not, we have to be able to pivot quickly and have students learning from home,” said Bradley.

When students are home, they'll be taught how to learn virtually so they don't skip a beat if the district is forced to shut down at any point.

School officials said in a statement that although this plan isn’t permanent, they plan to re-evaluate ahead of Labor Day to determine if the Split-Grouping schedule should continue.

"You know, you see the responses on Facebook [like] 'What are we going to do with childcare?' Staff are asking the same thing, but the biggest reason we did this, is we want to keep our community safe,” said Bradley.

Benton said the second week of school will have the same A-B schedule, but parents have a choice to send their child to all four in-class days.

For more information on what the schedule is like for Kindergarten, you can check out the Benton Public School’s Facebook page.