Rather than hot plates and Bunsen burners, this science class has beer taps and kegs. 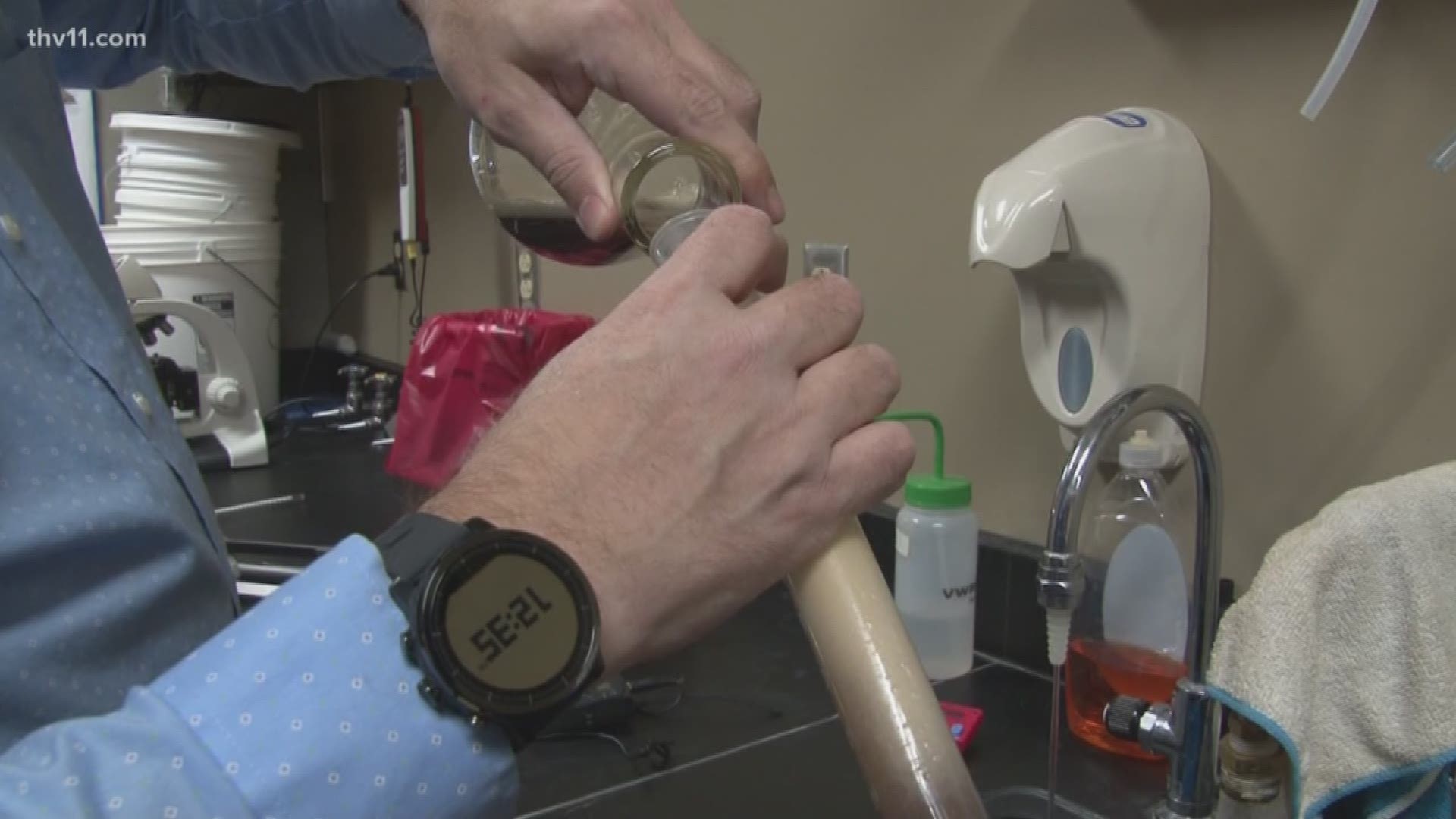 BATESVILLE, Ark. — Next semester, students at Lyon College will have a new course to choose from their class registry. It's like science -- requires a bit of math and takes a whole lot of work.

It's a fermentation science course. Come spring 2020, students will get the opportunity to learn how to brew beer.

"There aren't many other colleges where you can do this, for one, and more importantly it's applied liberal arts," he said.

Beeser said something new will be taking place next semester.

"Yeah, we are going to actually make beer," he said.

Rather than hot plates and Bunsen burners, it has beer taps and kegs.

Beeser said this takes science class to a whole other level.

"It allows them to have a practical application of science as opposed to something simply only in labs or in a book," he said.

It's an idea Beeser has been playing around with for a while.

"I was working on trying to keep it a secret, but it's a small campus and secrets don't keep very well," he said.

Now that Beeser has the green light from the higher-ups, the brewing has begun.

Zachary Ward is a junior computer science major at Lyon College and he said he is eager to take the class next year.

"I'm excited to get in here and actually do it," he said.

Ward is the president of the Bagpipe Brewing Club.

"It's kind of a companion club to the fermentation science course," he said.

Ward works closely with Beeser on the weekends, but he said he can only go so far in the brewing process as he waits to turn 21.

It's a brewing process Beeser said takes up to two weeks, which is just one of the many things students will learn.

"There's going to be some history about alcohol, we are going to talk about the social implications of societies that are pro versus against alcohol," he said.

Beeser said the lab can make it all from pale ales to IPA's to scotch ales.

"There's a huge movement towards craft everything and this just gives people the ability to control things to their taste, as opposed to trying to find something that meets their tastes," he said.

"Being able to be here and get to do brewing, which you can’t do at a whole lot of other colleges, it’s very interesting to me," Ward said.

Students have to be 21 to sign up for the course and Beeser said he hopes in the future, it will draw in students from every major, not just science.