The Little Rock School District released a re-entry plan Monday night, but some still felt the proposal was vague and left more questions than answers. 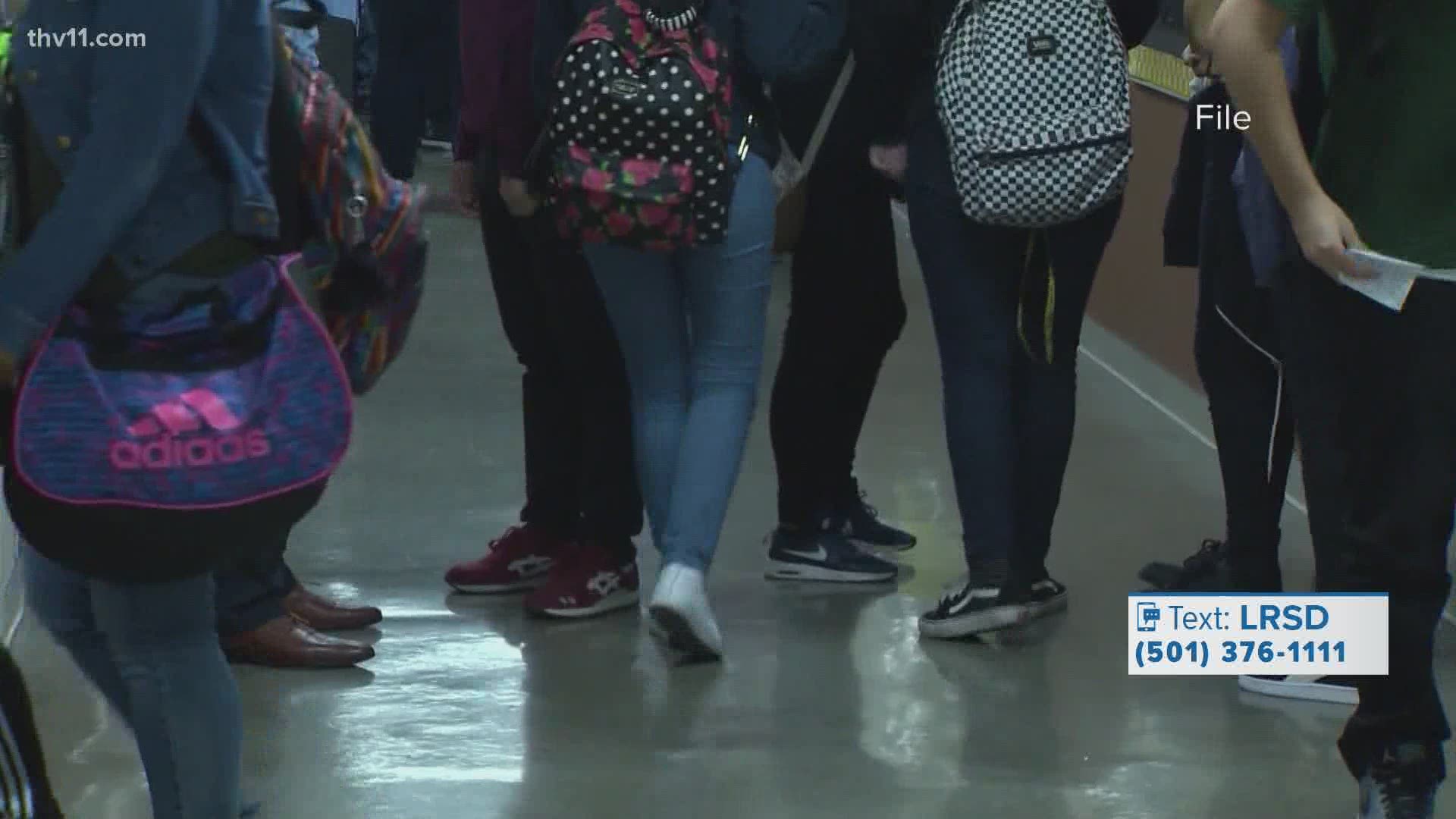 LITTLE ROCK, Arkansas — With questions still in the air about how schools are going to send teachers and kids back to the classrooms this fall, some are demanding answers before they step into the hallways.

The Little Rock Education Association created a list of demands for the school district to meet, including mandatory face coverings, social distancing, plans for teacher sick leave, and providing plenty of substitute teachers.

The Little Rock School District released a re-entry plan Monday night, but some still felt the proposal was vague and left more questions than answers.

Lauren Lusk is a new teacher in the Little Rock School District with young children of her own. She says the thought of her or her kids having to go back to school during a pandemic is frightening.

"I would love for nothing more than [my son] to actually start in public school this year. That was a big highlight for me to get him to do that, but I just don't feel safe," said Lusk.

She read LRSD's plan to get kids back into their desks, but she felt there wasn't enough direction in the proposal for the schools.

In a Facebook Live Monday night, President Theresa Knapp Gordon said most of those demands were met.

The LREA also created a petition at the beginning of the month asking for signatures and a response from state leaders to return the school district to local control.

There are almost 2,000 signatures, but no response yet from government leaders.