Jagger Starnes says despite being reprimanded by the school, he will continue to wear the Confederate flag to school no matter the consequences. 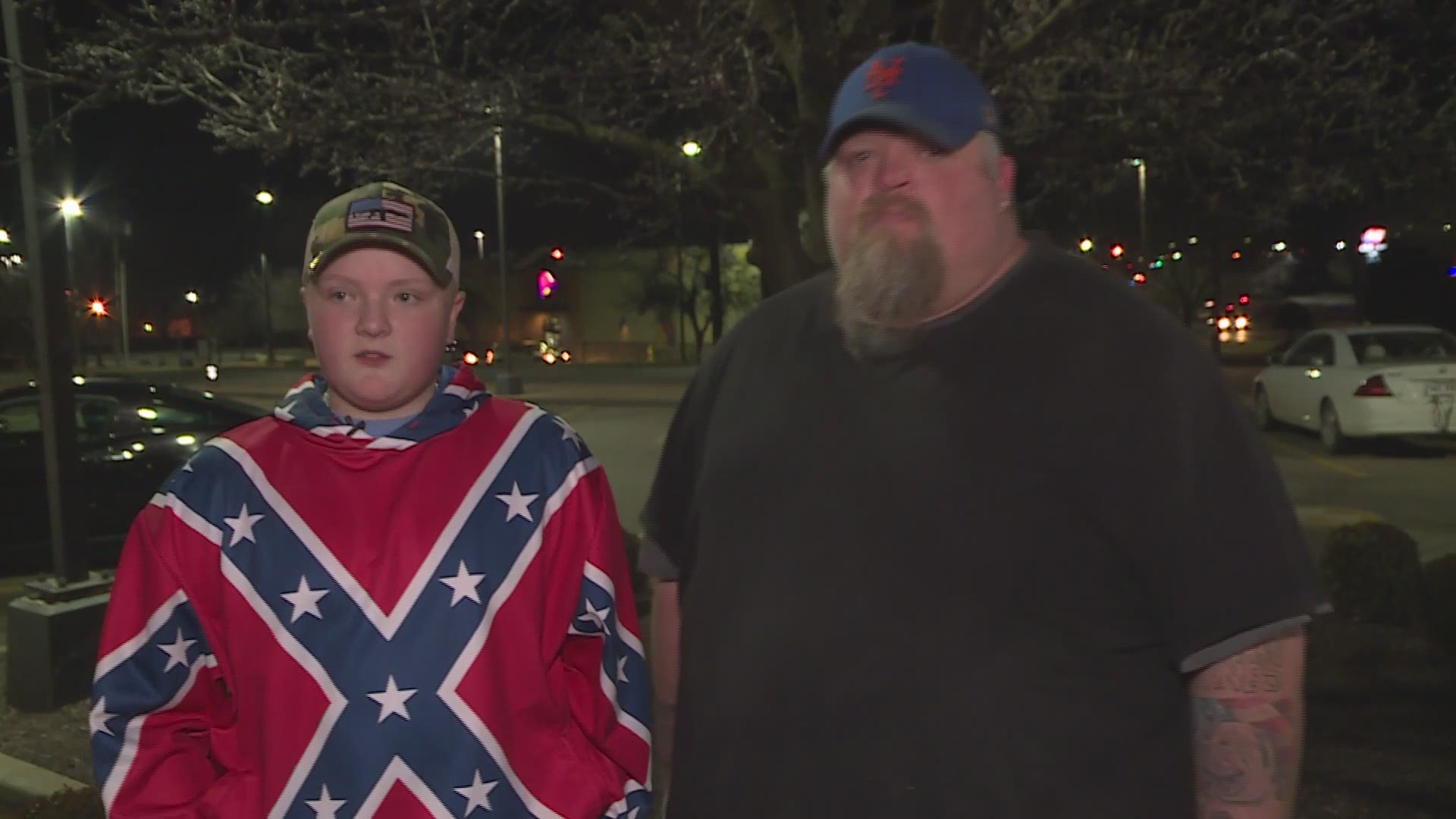 Earlier this week, students at Fayetteville High School came to school wearing Confederate flag shirts and had paintings of the flag on their face and hands.

They were asked by the school to change shirts and to remove the paint, but they refused. They were then sent home for the day.

"To us, it's not hate, everyone is saying it's hate, it's our history. We live in a southern state and if we were doing it for hate we wouldn't be wearing it," said Jagger Starnes, a ninth-grade student at FHS.

"The Confederate flag is a symbol and it has a long history, 150 years, tied to being the ideas of racism, hatred and bigotry and because of that its not allowed in our school setting," said Jay Dostal, FHS Principal.

According to the district's rules:

"Attire that disrupts the educational process or otherwise interferes with the rights or opportunities of others to learn or teach is considered improper and unacceptable."

"I'm just looking at strictly the board policy," said Dostal. "I shared with the students outside of school if you want to wear that absolutely go ahead."

The student claims that he was called a racist by the school principal.

"I would never call a student a racist. Absolutely not," said Dostal.

Jagger's father says he stands by his son's decision to wear Confederate flags.

"I support him in any way he's doing it because that's what he's standing up for," said Keith Starnes, Jagger's father. "If he was doing it for hate than it would be different but he's not so yeah I'm going to support my son."

"In a diverse school setting like we're in it's important that we keep all kids safe and let them feel safe and free from the Confederate flag," said Dostal.

Jagger says despite being reprimanded by the school, he will continue to wear the Confederate flag to school no matter the consequences.

Administrators say they will continue sending students home who do not abide by the rules that are in place regarding the dress code.