After threats, school board reverses decision to allow transgender students to use bathroom aligned with their identity 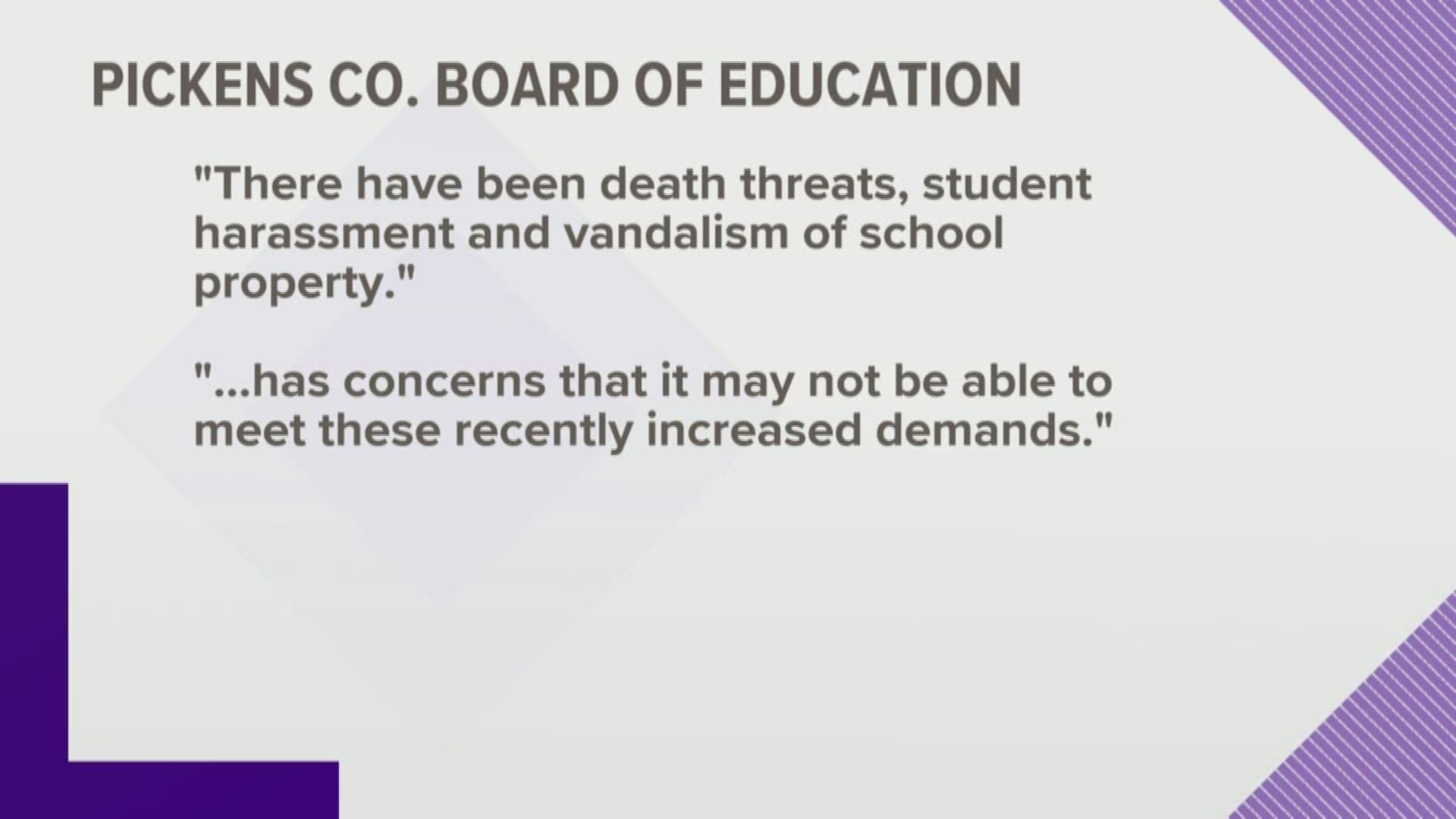 PICKENS COUNTY, Ga. — Pickens County Public Schools will no longer allow transgender students to use the bathroom that aligns with their gender identity, reversing a policy change implemented for the new school year.

The district said in a statement that "there have been many serious safety concerns raised in the past few days" over the policy. The statement did not specifically identify those concerns.

"School board members, staff, and students have been threatened due to the administration's implementation of Adams vs. St John's County School District," Pickens County Public Schools said. "There have been death threats, student harassment, and vandalism of school property."

The move comes after a contentious school board meeting on Monday night where close to 50 people gave passionate speeches on both sides.

“You should be able to use any restroom that you want to use,” Kayla Hollyfield rebutted. "This is not about left or right. It’s about equal rights. It’s not an agenda."

Nathan Barfield, a father of two, called it a political stunt.

“I would never in my life use a restroom in which a female is in,” he said, to which most of the auditorium stood up in applause. “No person’s rights are more important than anyone else. My son has a huge heart and he doesn’t want to say anything for fear that he is going to be labeled a bully.”

In its statement Wednesday, the school district said it would "return to bathroom procedures in place at the beginning of the 2019-2020 school year until it can consult with law enforcement and other safety professionals so that these concerns may be addressed."

"The District understands and acknowledges that it has the responsibility to protect its staff and students," Pickens County Public Schools said. "However, the District has concerns that it may not be able to meet these recently increased demands."

"We ask that all of our stakeholders exercise patience and discretion until these matters can be resolved," it added.

The district has said it still maintains single-stall restrooms in the high school that are available to any student who wants to use gender neutral restrooms.

He had 76 bullet wounds from police guns. The DA is asking why