The governor said the blend of in-classroom and remote learning will depend on each district's resources. 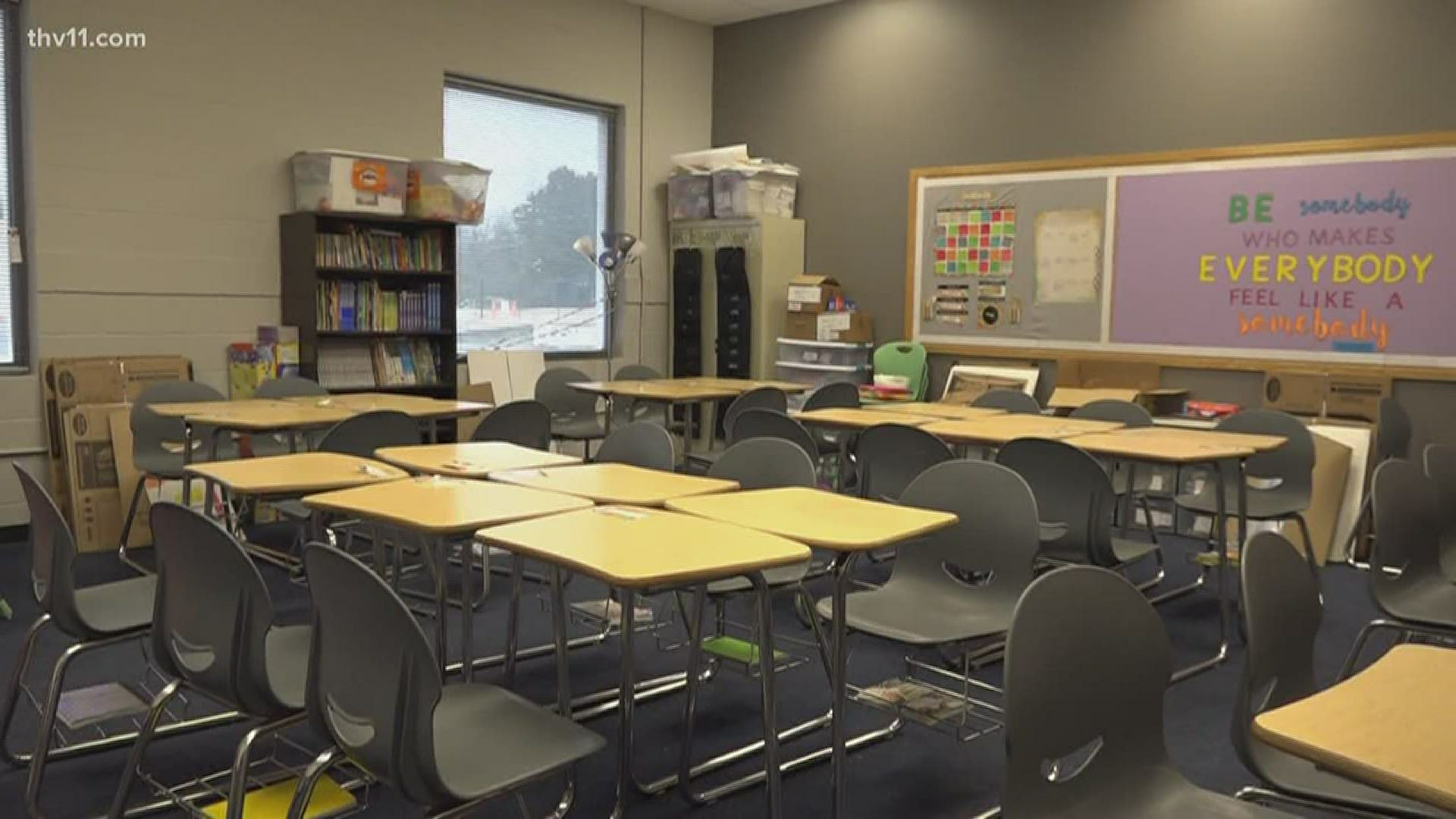 LITTLE ROCK, Ark. — On the day he announced a record number of new coronavirus cases, Governor Asa Hutchinson said his administration planned to have schools reopen on time in August with kids in classrooms. How many students would be in school would depend on local conditions.

"Our plans are to go back to school next year, in the school year, in regular classroom fashion, supplemented by online learning as needed," the governor said during his Thursday media briefing.

Hutchinson had been signaling his intention and he said leadership at the state Division of Elementary and Secondary Education have been building toward making that happen. The governor made the announcement while defending his plans to lift more restrictions designed to slow the spread of the virus that causes COVID-19.

While Hutchinson defended the move toward Phase 2, education officials acknowledged many families want supplemental online learning despite mixed results from the country's experiment in remote teaching.

"In some cases, parents have indicated that they need or want options that allow for continued offsite instruction," said Dr. Ivy Pfeffer, the DESE deputy commissioner. "Districts are working with the department to obtain the needed resources for that flexibility."

Unlike many of the top-down guidelines coming from the Arkansas Dept. of Health, the department of education is leaving a lot up to individual districts.

"We believe that all students can learn anytime, anywhere as long as the appropriate supports are provided," said Dr. Pheffer, who made the announcement while her boss, Education Secretary Johnny Key, had the monthly state board meeting.

Health officials say they have been going to school themselves on the ways the virus affects school-age kids.

"We are gaining experience with this virus particularly with how it is spread among children," said Dr. Nate Smith, the state secretary of health. He added the reopening of summer camps would also provide feedback on how to manage bringing students back to classrooms.

But the announcements came exactly three months since the state's first case, leaving the governor to note how much has changed since March. He worked to defend his moves so far while trying to project some optimism to the eventual five-month mark.

"Nobody knows today in June what it's going to be like in July, much less August," Hutchinson said. "I'm not going to make projections on the 'what-ifs.' We're planning on going back to school and as I say, we gotta manage our way through this in a safe fashion."