Education reform was one of Clinton's top priorities during her time as first lady of Arkansas. 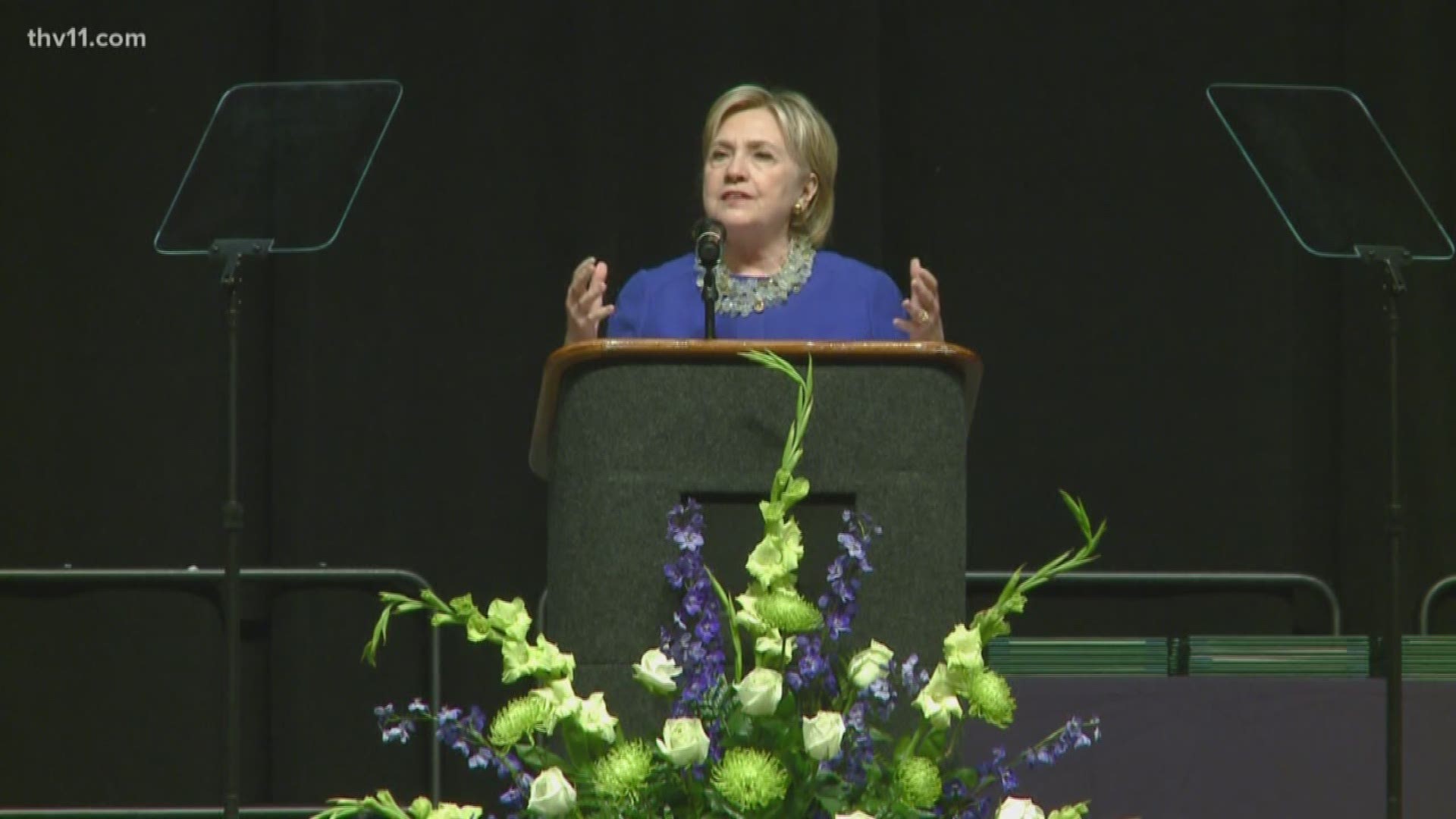 Former First Lady Hillary Clinton delivered the keynote address to the Arkansas School for Mathematics, Sciences and the Arts Class of 2019 at the Hot Springs Convention Center on Saturday, May 25.

Clinton took the time to talk about her first time in Arkansas and falling in love with Former President Bill Clinton.

"It was in 1973. I was dating a guy named Bill, who adored, adored not only his state, but the city in which he was raised and went to school," Clinton said.

She said that her husband gave her a full narration of the history of Arkansas on that trip.

"As I made the trip today, so many memories were flooding my mind," Clinton said - like visiting Bill's mother, swimming in Lake Hamilton and going to the horse races - to name a few.

She then focused on the importance of education and explained to the students why the Arkansas School for Mathematics, Sciences and the Arts was founded.

"We kept on meeting a lot of young people who had wanted to study more than they were offered and the idea of a state-wide school for math and science and eventually the arts just struck a cord with all of us," she said.

Education reform was one of Clinton's top priorities during her time as first lady of Arkansas.

As for her advice to the students?

Be brave. Be resilient. Be kind. Be grateful.

"Be brave as you take on what is not easy and comfortable; what you're not even sure you can do. Be brave and do not worry about being perfect," Clinton said.

Clinton also mentioned at the end of her speech that she was optimistic of the future, despite knowing how many problems we face. She said she is not only reassured, but thrilled by the determination she sees in the younger generation.