The students are excited to have been given the opportunity of a lifetime, but the price tag remains a big concern. 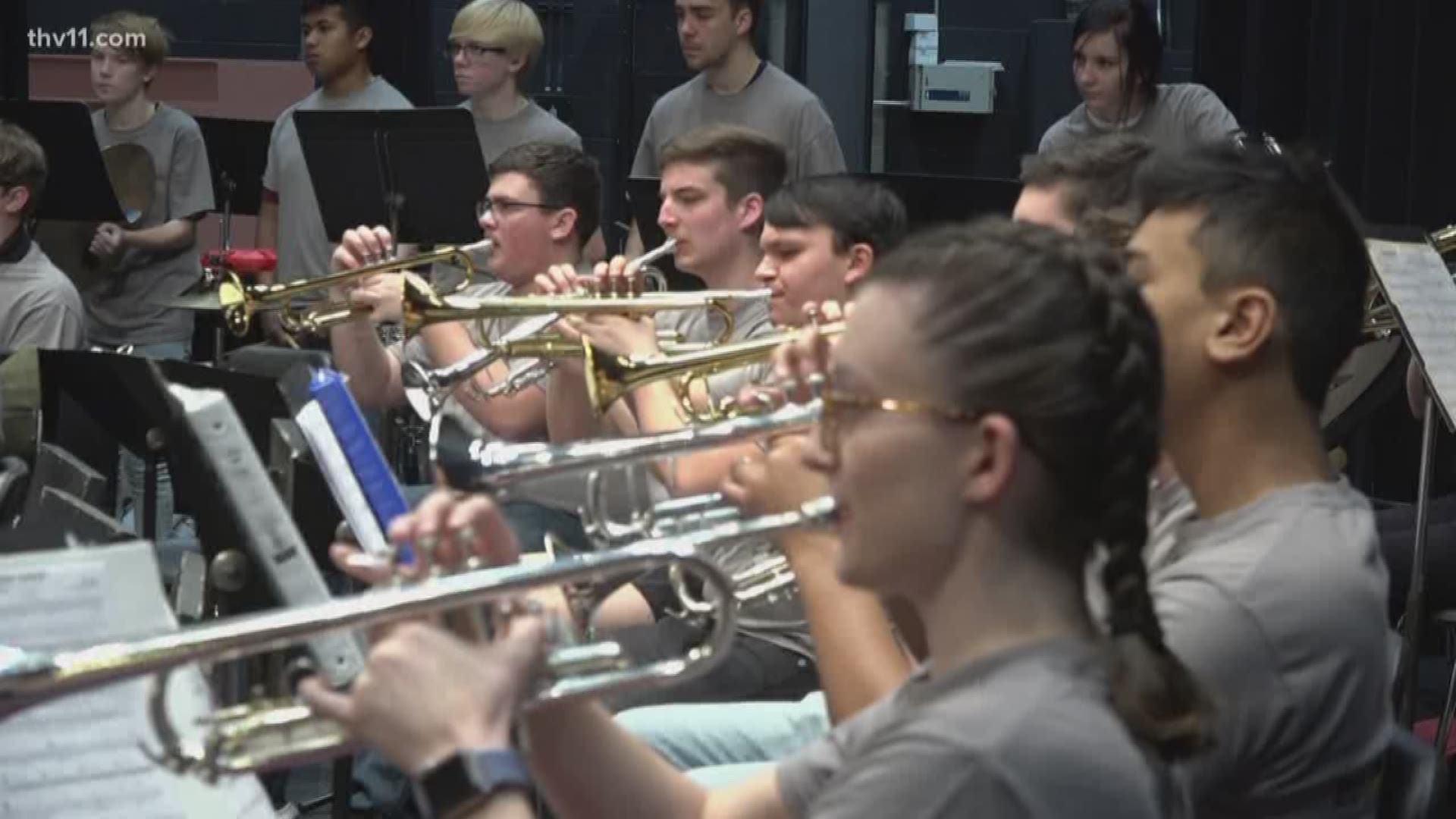 PEARCY, Ark. — It's the time of year when kids with extra-curricular activities try to make trips to far-away tournaments and camps. The price is often steep.

The Lake Hamilton High School Band has an invitation to join a New Year's festival and parade in London later this year. There's not a bake sale big enough for that kind of fundraising. To get there, the band will have to bang a really big drum.

"This trip, we get to actually represent Arkansas and our community as a whole," said Tess Butler, a clarinet player in the top-level band for a program with two state championships and a world championship in the books.

The invitation from the London parade committee is a first for an Arkansas school. The "Power Band" will perform in Cadogan Hall in Chelsea and march through the streets of the British capital, beginning at Piccadilly Circle and finishing in the shadow of Big Ben.

Naturally, the kids are excited.

"In everything we go and we compete in, we're a very competitive band, and so this, you have to be invited to," said Tess.

"This was just like a dream for me," said Anna Styers, a flute and piccolo player. "I've always wanted to go to London, and to do it through something I love is just amazing."

But... about that price tag.

"I wasn't too thrilled about the price tag part, to be quite honest," said Todd Sadowski, whose daughter, Brooke, plays trumpet.

Sadowski is one of several parents and backers of the band raising money to make the trip. They set up a non-profit and launched a website, lh2london.org, to help defray the cost estimated at $3,500 per person.

"I thought it was a joke," said Band Director Jon Shultz on his thoughts when he first got the call. "We get called all the time by people who want you to go take this trip or that trip. I just thought this is another one of those trips."

But, Shultz and the band found out quickly it was not a joke. A call to the school's administrators and then local political leaders got the ball rolling.

And the logistics of it all dawned on the kids, while at the same time dreaming of what, for many, will be the longest trip of their lives.

"It seems like a crazy thought because, obviously, we can't just drive there on a charter bus like we do most of our trips," said Matthew Novak, a percussionist.

"We're not asking the community to pitch in enough money to help send the kids so they're not paying anything," said Jason Brasfield, whose child plays French horn. "We're just trying to reduce the cost for the children."

The website includes a pitch to make tax-deductible contributions, a slick brochure, and a promise to reach throughout the community for the money to get across the pond.

"A lot of fundraising. A lot of community help. A lot of donations," said Bethany Brasfield, who along with her husband and Sadowski, wear "Ask me about London" t-shirts promoting the funding drive.

"We're blessed because in Arkansas, we've got a lot of people that are well-to-do that are willing to give and to help these kids," Sadowski said.

The kids promise to represent the best of us if they get to go.

"I think it's something we shouldn't take lightly; the impact that it will have on the state and how great this will look for the state of Arkansas," said Matthew, the percussionist.

"We try to teach life skills here and use music to do that," said Shultz. "What an opportunity to take a trip like this and be able to teach a lot of life skills while representing Arkansas and America in a foreign land." 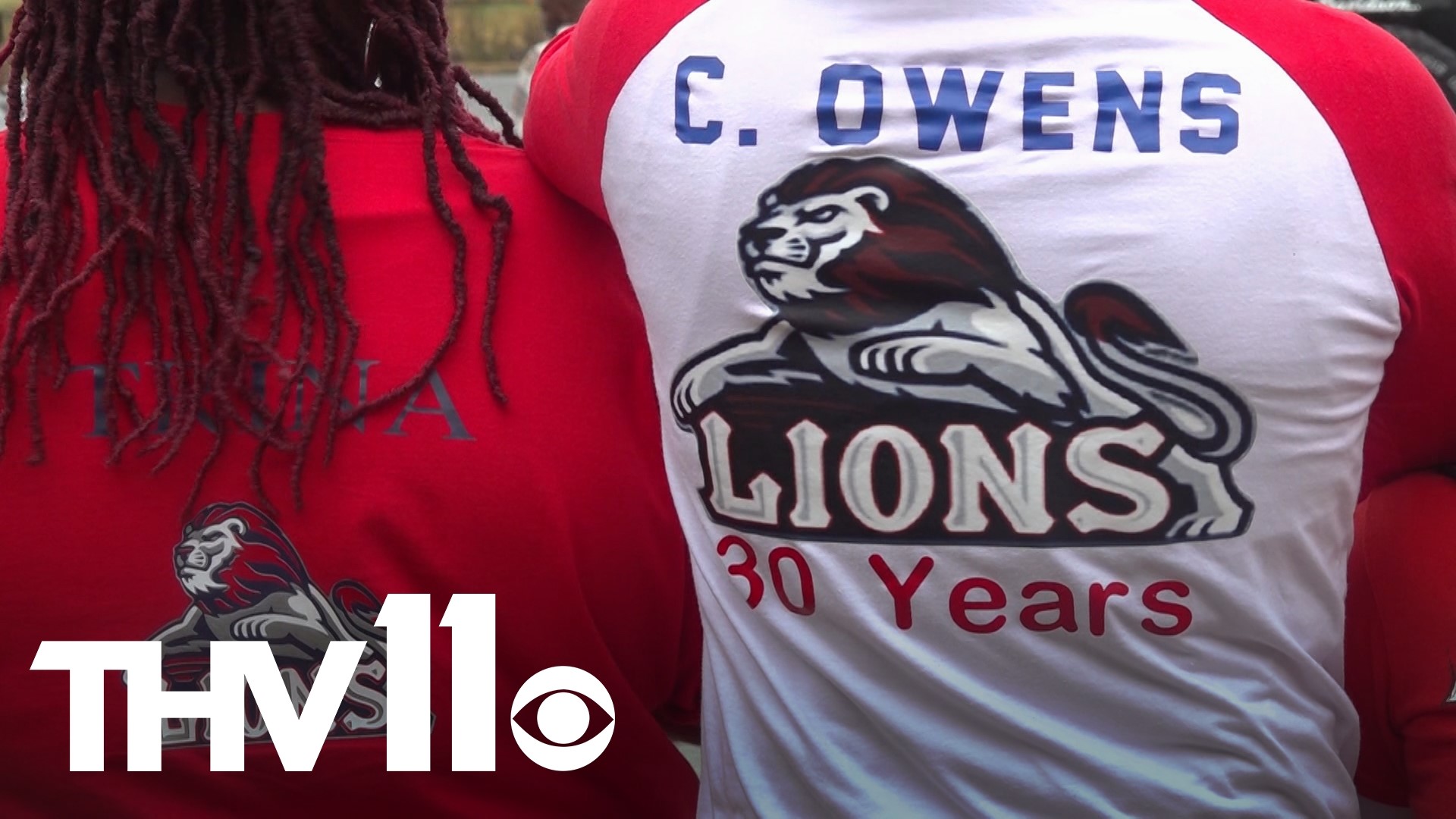 Demolition of school brings former students together one last time