For kids in the city of Little Rock, the results of ACT Aspire tests will mean much more than passing grades 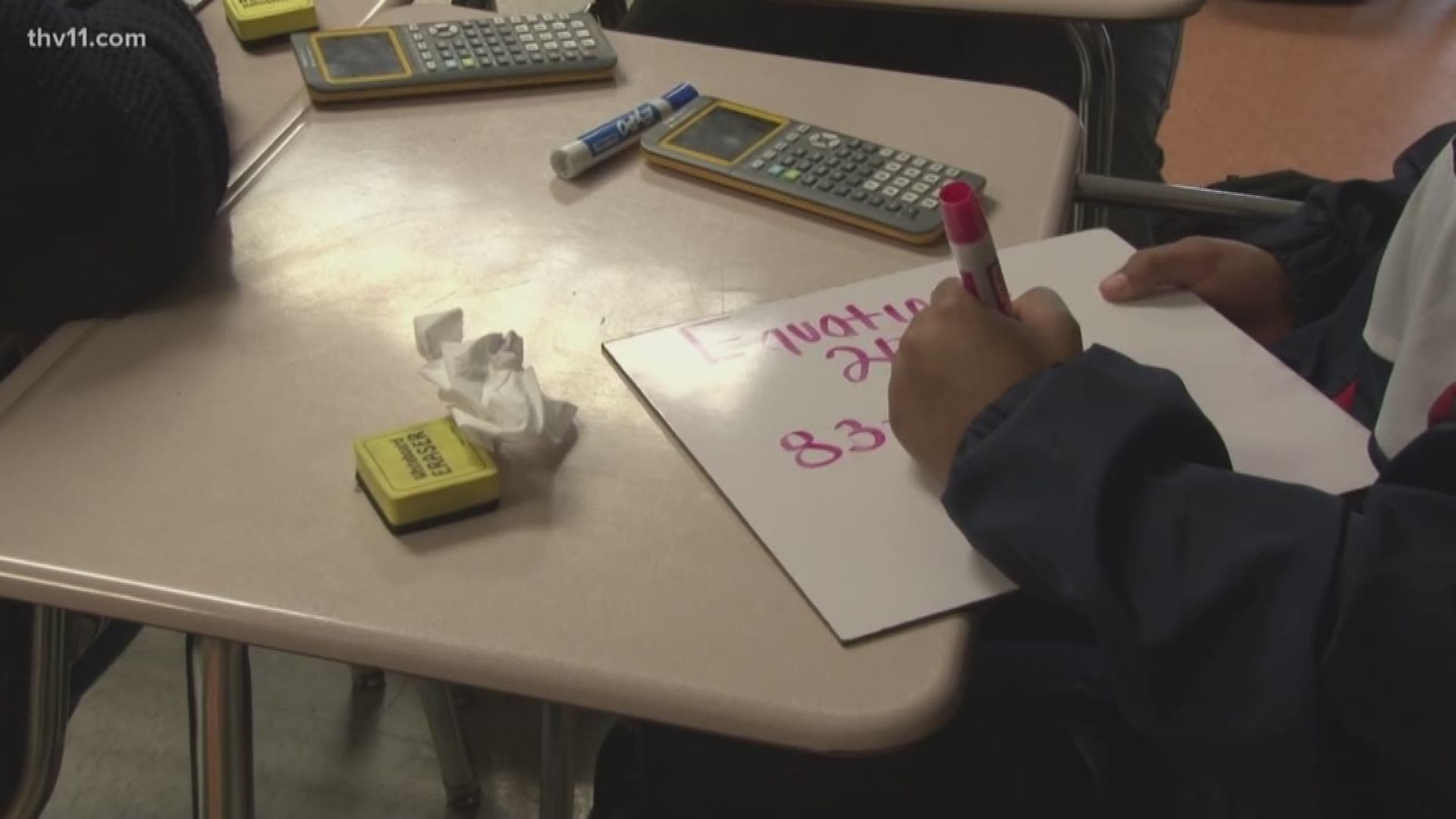 LITTLE ROCK, Ark. — With thousands of students are facing the ACT Aspire tests in the next few weeks. For kids in the city of Little Rock, the results of those tests will mean much more than passing grades.

With more than 20 schools considered failing, the Arkansas Department of Education has made improved test scores a condition of getting back to local control. Teachers on the front-lines are feeling the pressure and trying hard to prepare their kids.

“We want all our points. That's what you're going to tell ACT Aspire too,” said Krystal Duckery Moore to her 7th-grade math class at Horace Mann Magnet Middle School. “Help me, so that on April 23rd, I'm ready.”

Moore is also a soccer and volleyball coach, and her preparations for the upcoming test period sounds a lot like a big game is on the horizon. April 23rd is when the state-mandated aptitude testing takes place at the Roosevelt Rd. school.

“Now remember on ACT Aspire, there will be questions that you're unfamiliar with,” said Joyce McSwain, a math teacher with 33 years of experience across the hall from Duckery Moore. Both educators led their students through online problems structured to be like game shows.

“For me, I don't try to put it on it's a bigger game,” Duckery Moore said. “For each individual kid, it's an important game.”
But for teachers, administrators and politicians, this year’s testing will determine control of the academically distressed district.

“There's more politics now than there's ever been before,” said Michelle Turner, a 7th-grade social studies teacher whose room has every map covered by paper ahead of the testing. “There's a lot of stress on the teachers as well as the students and as well as the parents.”

State law mandates that a state takeover of a district can only last five years. That time limit arrives soon, but not enough schools have improved.
So the board of education told the district: a lot will come down to this year's test scores.

RELATED: High school senior admitted to every Ivy League school but one

“I let them know, that test okay the weight of that test, maybe it doesn't keep you from promotion, but it can affect this district and the school that you're in,” said Duckery Moore, meaning midday math games and finding every test-taking teaching moment, like when students worked together to solve problems.

They learn from each other and develop strategies that come in handy on test day. “We want them to have strategies and to make sure that they put on paper what we know that they know,” Turner said.

Testing begins in LRSD Monday, April 8th and runs through May 10th in Little Rock.

The results won't be known for several months.