Students can be seen wearing masks and teachers working from behind a clear curtain, all a part of the new normal to prevent the spread of COVID-19. 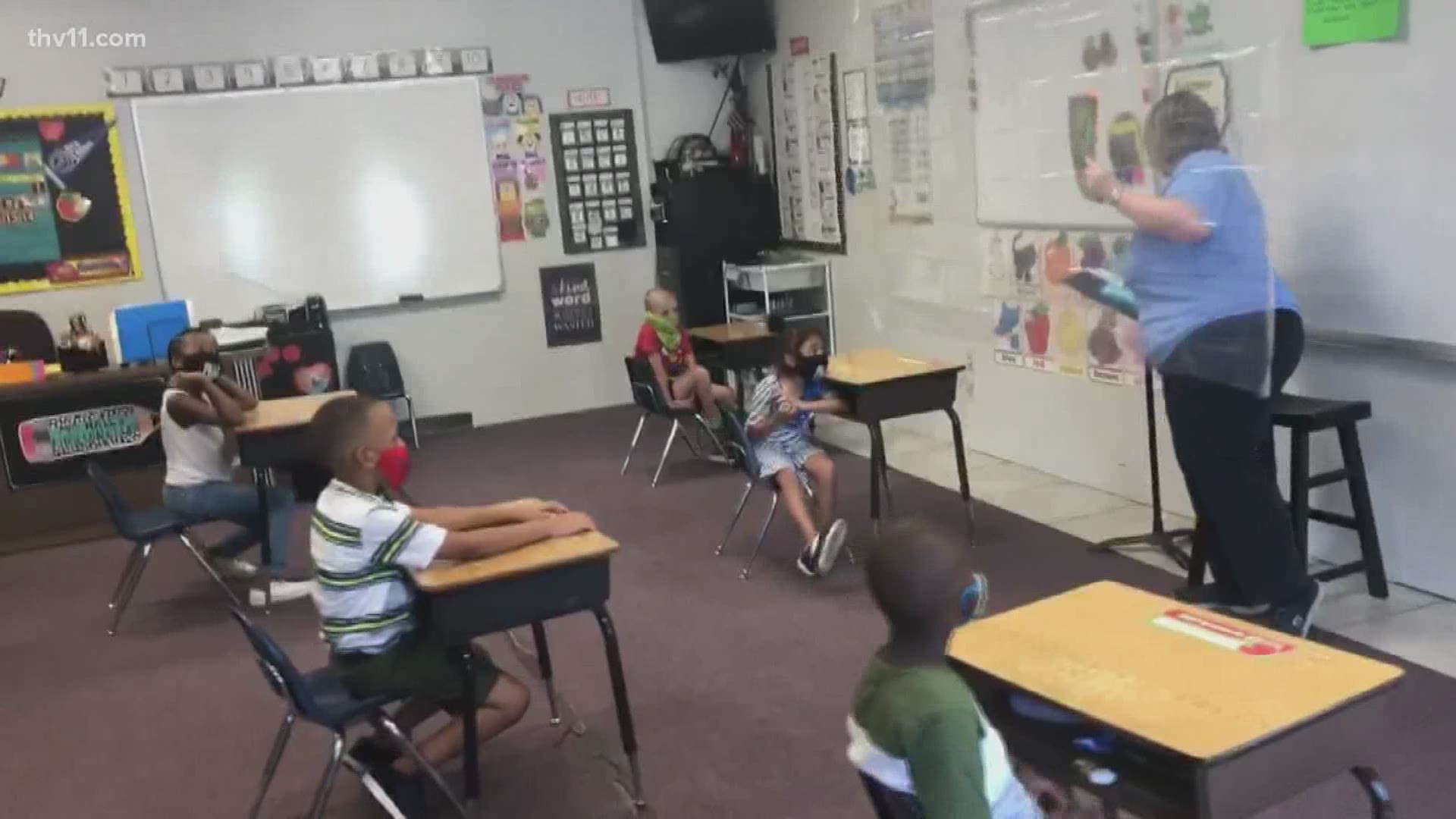 LITTLE ROCK, Ark. — A school in Little Rock is already back in class, making it one of the first schools in Arkansas to show us just how the school year looks for students.

RELATED: Arkansas releases resources for going back to school during COVID-19 crisis

In pictures and videos, they showed many socially distant SCA classrooms.

Students are seen wearing masks and teachers working from behind a clear curtain, which is all a part of the new-normal in an effort to stop the spread of COVID-19.

"I think it went very well. We were organized. I was proud of the staff. They did a good job,” said Sharon Stewart, SCA principal.

Students there are required to walk to the cafeteria in masks for lunch. They have to sit on a blue-marked seat to distance themselves from their classmates.

When heading to recess, video showed students in one class filed in a socially distant line outside while the teacher reminded them to keep their distance.

"They had to wear their masks and they did really well,” said Stewart.

Stewart said enforcing masks, at least for the first day, wasn't an issue for younger students.

"We had to remind a few of the older ones,” said Stewart.

Many parents expressed concern and fear while dropping their children off for the first day of school.

Stewart said that is why SCA took several photos of kids in their new school environment.

Some of them are seen smiling underneath their masks and while social distancing was possible, you can see the excitement on others' faces.

"Seeing their child in the environment, different places in the school, might ease their concerns because there were concerns,” said Stewart.

It is a different year, but Stewart said they've tried to make school as normal as possible.