Scott said he agrees that there can only be a truly healthy school district when there is a partnership with city government. 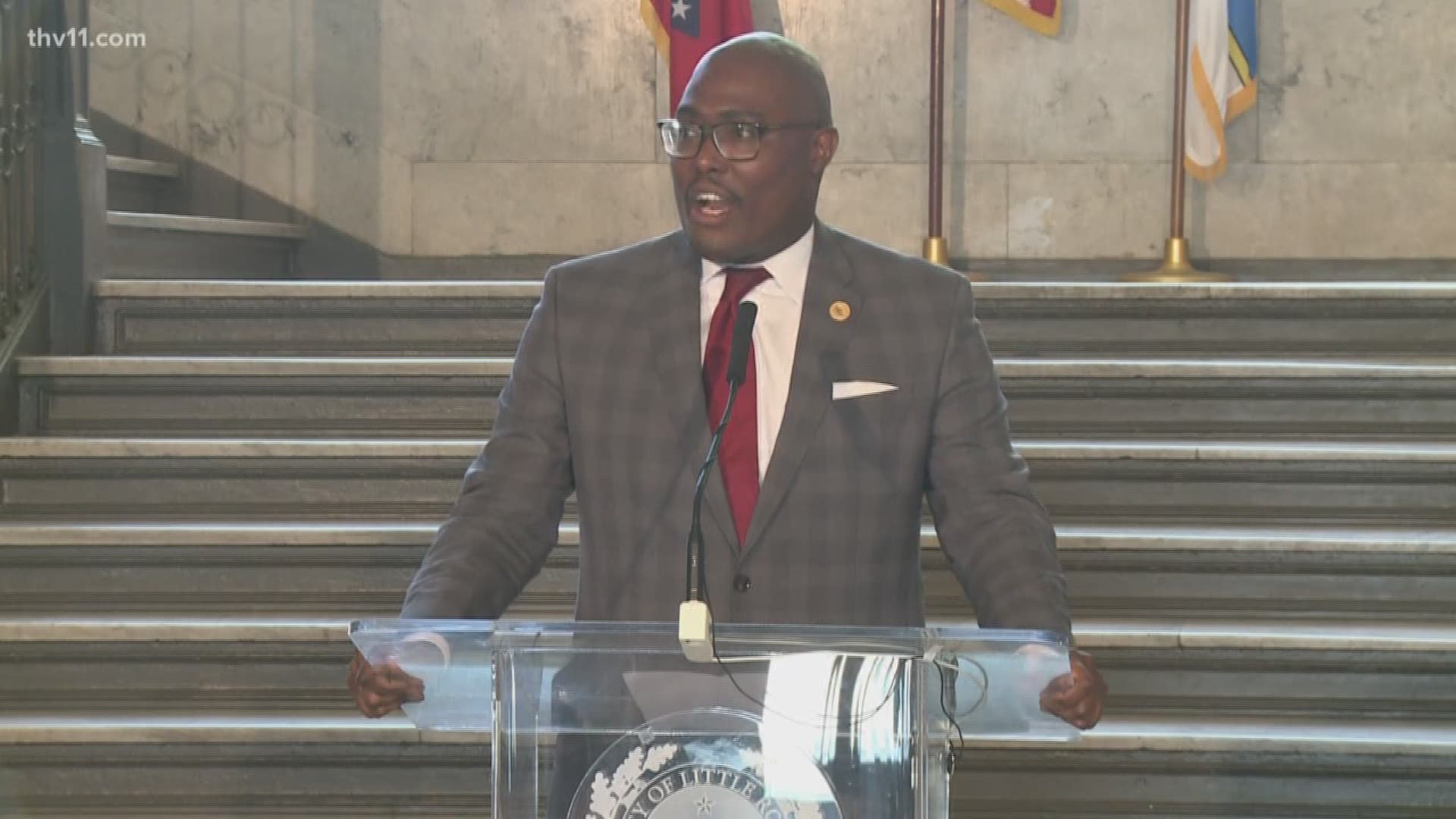 LITTLE ROCK, Ark. — The future of the Little Rock School District is at the top of Mayor Frank Scott Jr.'s priority list.

"What happens with education is closely tied to our future and our economic viability," Scott said.

Scott said residents have been upset about a historic lack of involvement from the City of Little Rock as a government.

"I've been listening to the community, as well as community leaders, and truly understand that some feel unheard," Scott said.

He said he agrees that there can only be a truly healthy school district when there is a partnership with city government.

"I want to reiterate that I firmly desire and will advocate for local control of the entire school district as we come into these coming days of what decisions may happen as it comes to reconstitution of our city's school district. And for us to be a capital city, we have to have a great school district," Scott said.

"We will convene key players as it relates to the community, the city at large, and political leaders on the direction of strategic partnerships with the City of Little Rock and the Little Rock School District," Scott said.

He also plans to visit public, charter, and private schools.

He'll also partner with the school district, to promote attendance.

"We want to continue to make certain that we have listened to the community and we're sharing the communities concerns with Governor Hutchinson on the desire to have the entire school district back and figuring out a smooth transition to a locally elected board," Scott said.

The Arkansas Department of Education's final public meeting will be held Tuesday night.