Some parents have stated their concerns with the renovations to the outdoor classroom at Daisy Bates Elementary. PCSSD believes that there's been a misunderstanding. 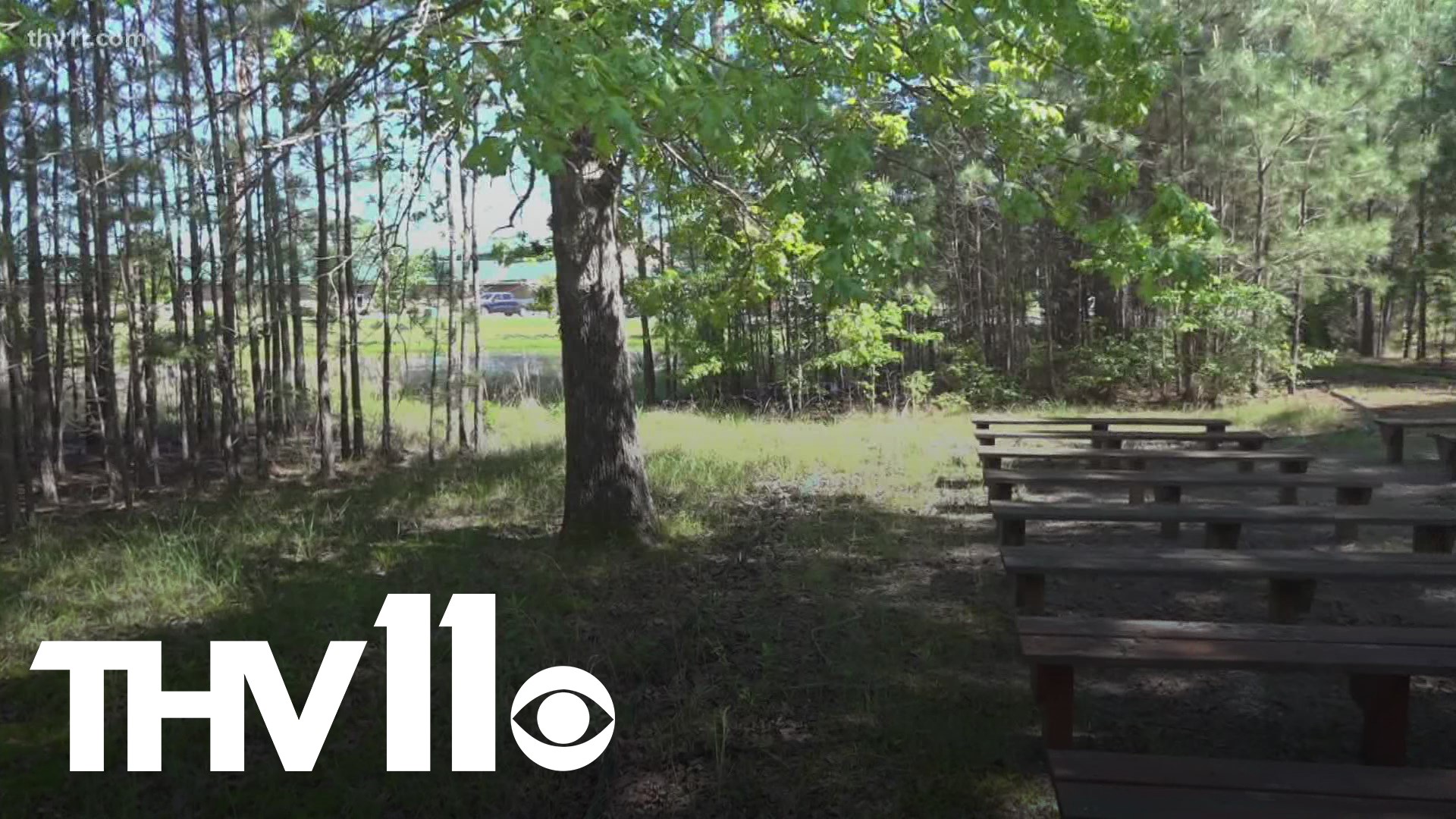 LITTLE ROCK, Ark — In January, renovations were planned for the outdoor classroom at Daisy Bates Elementary.

In that time, family members of students reached out and expressed that the property's construction concerned them.

"Very upset that it even occurred," Juanita Embry, a grandparent of a student, said.

"It didn't even have to occur. Very upset about the bulldozing that occurred."

Embry first noticed land that had been cleared while in the drive on school property.

The cleared area, filled with tracks from heavy machinery, sits on the left side of the property.

She mentioned that she asked workers what happened, which was what first concerned her.

"To the fence line. All the way back. It would have swept back there to the pond, all the way to the freeway.

The teachers who initially received the grant back in January said that this is all a big misunderstanding.

"I just want them to know that it's a process," Larisha Nelson, a fourth grade teacher.

Nelson was also one of the advocates for the renovations.

"This is a restoration process," she continued.

"It's going to take time but we're committed to making sure we see it through and that we get everything we want for this grant to be successful for students."

Lisa Davis, another teacher, said that she understands concerns over student safety.

She continued, mentioning that the area that Embry is concerned about isn't close to where classes will be conducted for students.

"I just think that over time they're going to see how positive this is going to be," Davis said.

Embry mentioned that when she first took her complaints to the district that they told her that the bulldozers were being used to get rid of wild animals.

"And they said the reason was mountain lions," she said.

Embry said that the district eventually stopped using the bulldozers.

She said that she also wants to the renovation happen, but wants it conducted safely.

The teachers said that they understand the concern but ensured that the students are safe.

"Our kids are safe," Nelson said.

"We've had organizations like Arkansas Game and Fish out here, and Audubon Arkansas who have been partnering with the school, so it's safe out here," she continued.

"Our students are safe and they're going to be excited about this classroom."

Nelson and Davis said that the plan is to have the outdoor classroom ready by fall semester. They said that they'll have work days soon to make that happen.