"I feel like girls are often looked at like a distraction because of this dress code. And that's not fair because we're more than that,” she said. 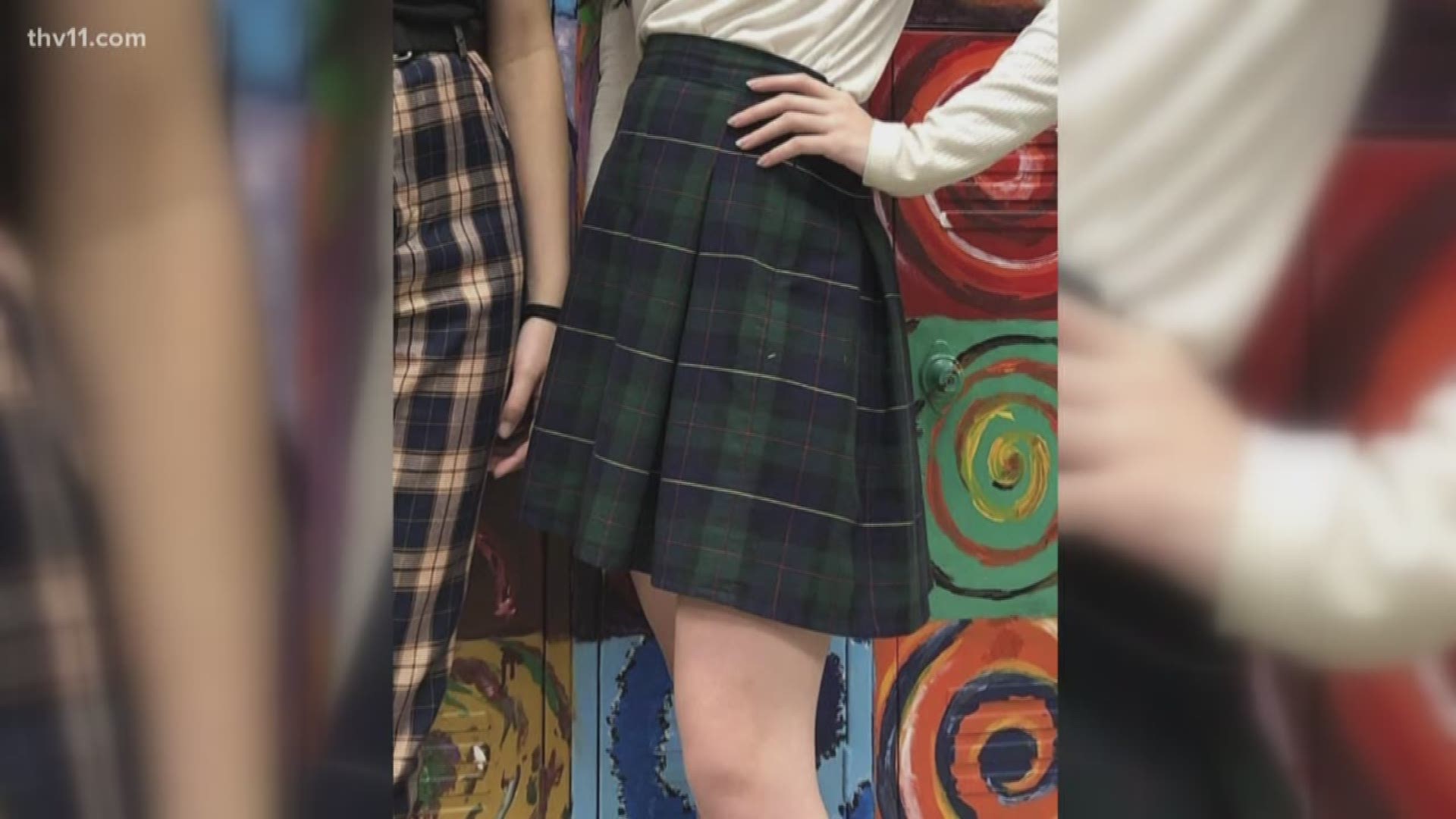 LITTLE ROCK, Ark. — A Little Rock high school student is taking to social media to try and get the LRSD dress code changed.

Last week, Parkview senior Laura Orsi discovered the consequences of violating the school dress code. Not because of what she was wearing, but for what her friend was wearing when she showed up in a plaid skirt.

"It was the day of the science symposium. My friend Clara has been working hard for months, working so hard on this project,” Orsi said.

Orsi said her friend had on the skirt with a blazer. The school said that violated dress code and would not allow her to present her project until she changed.

"She was just in absolute tears and that is not something I see a lot in her,” Orsi said. "It was a really big fuss they caused for her that day. She's an AP student, and third in the class."

Laura decided to experiment and wore the same skirt the next day.

"I put it on, I even hiked it up a little higher so it would be shorter, but I didn't get dress coded,” she said.

Laura said her friend is a minority, prompting her to start a social media campaign to fight for a universal dress code.

"The skirt rule, I talked to my administrators today and they said that's been around for at least 20 years,” Orsi said.

The current Little Rock School District handbook states no short or skirts should go more than four inches above the knee. Orsi wants that to change because it can be difficult, especially for tall girls, to find clothing that fits the standard.

"I feel like girls are often looked at like a distraction because of this dress code and that's not fair because we're more than that,” she said.

Orsi has since started the Instagram page "Pass the Skirt.” It inspires girls all over to wear what they want. The page has reached thousands.

"I started getting messages not only from people in my district but from other districts in Arkansas and the nation. Today, I got messages from Britain, Singapore, Canada and Hungary,” Orsi said.

She said she does not advocate for girls coming to school wearing inappropriate clothing. She just wants girls to be able to be themselves while getting their education.

"I am not supporting girls going to school dressing super scandalously or something like that, but what I want to support is something that can be applied to all people equally,” Orsi said.

“We were made aware of a matter related to the dress code that conflicts with our LRSD Student Handbook. It is now a topic on social media. Our dress code is outlined on page 8 of the handbook and is a district policy matter, not intended to be discriminatory in nature. As you are aware, our school is one of the most inclusive campuses in the state. However, we do respect student voices and welcome them to participate in, and contribute ideas to propose changes to the Student Handbook Committee this Spring. We will be following up with you soon to remind you of the invitation for students to participate.“