School districts across Arkansas are going solar to help the environment 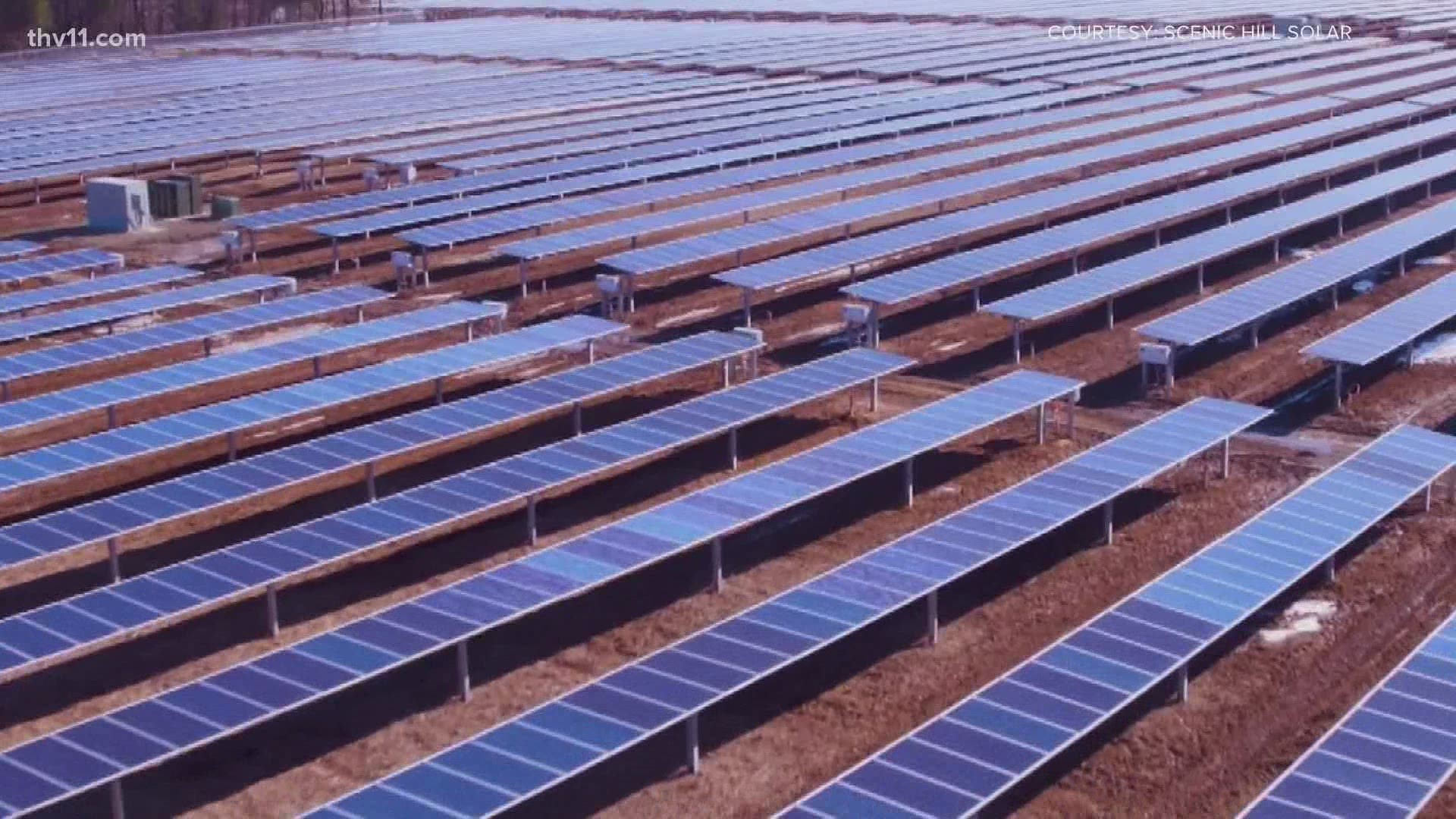 HOT SPRINGS, Ark. — Fountain Lake School District in Hot Springs has announced they're going solar and they're not the only school district in Arkansas using the power of the sun to power their schools.

"We never want to take for granted the natural resources that we hold, said Dr. Murphy. "We're building an array to serve 95% of current energy consumption."

The project will also save their district big money on energy costs.

"We're going from eleven cents per kilowatt down to six," he said.

Over the course of 30 years, that's an estimated savings of around $1.8 million. Those are savings that the school could use after spending increases from COVID-19.

"At this point, the savings incurred will cover a hole COVID-19 has created in the budget," he said. "To have a safe learning environment, we have taken a ton of precautionary measures that cost money."

Scenic Hills Solar is in charge of the project. They've already built solar arrays for other districts like Guy Perkins School District and they're beginning construction for Stuttgart's School District as well.

Bill Halter, CEO of Scenic Hill Solar, said projects like these have a massive impact on budgets.

"We can save schools a significant amount of money in their operating budget because utilities are the second largest cost item in school district budgets following personnel costs," said Halter.

Halter said they also improve the environment in a big way.

Halter said he believes that over the next five years, solar powered schools will become more common.

"Solar power in Arkansas is going to be the top new way of generating electricity," said Halter.

Halter said his company is also working with the Arkansas Innovation Hub preparing a curriculum around renewable energy and solar energy.