Arkansas is home to more than 40 institutions of higher education. Each of them faces similar challenges. 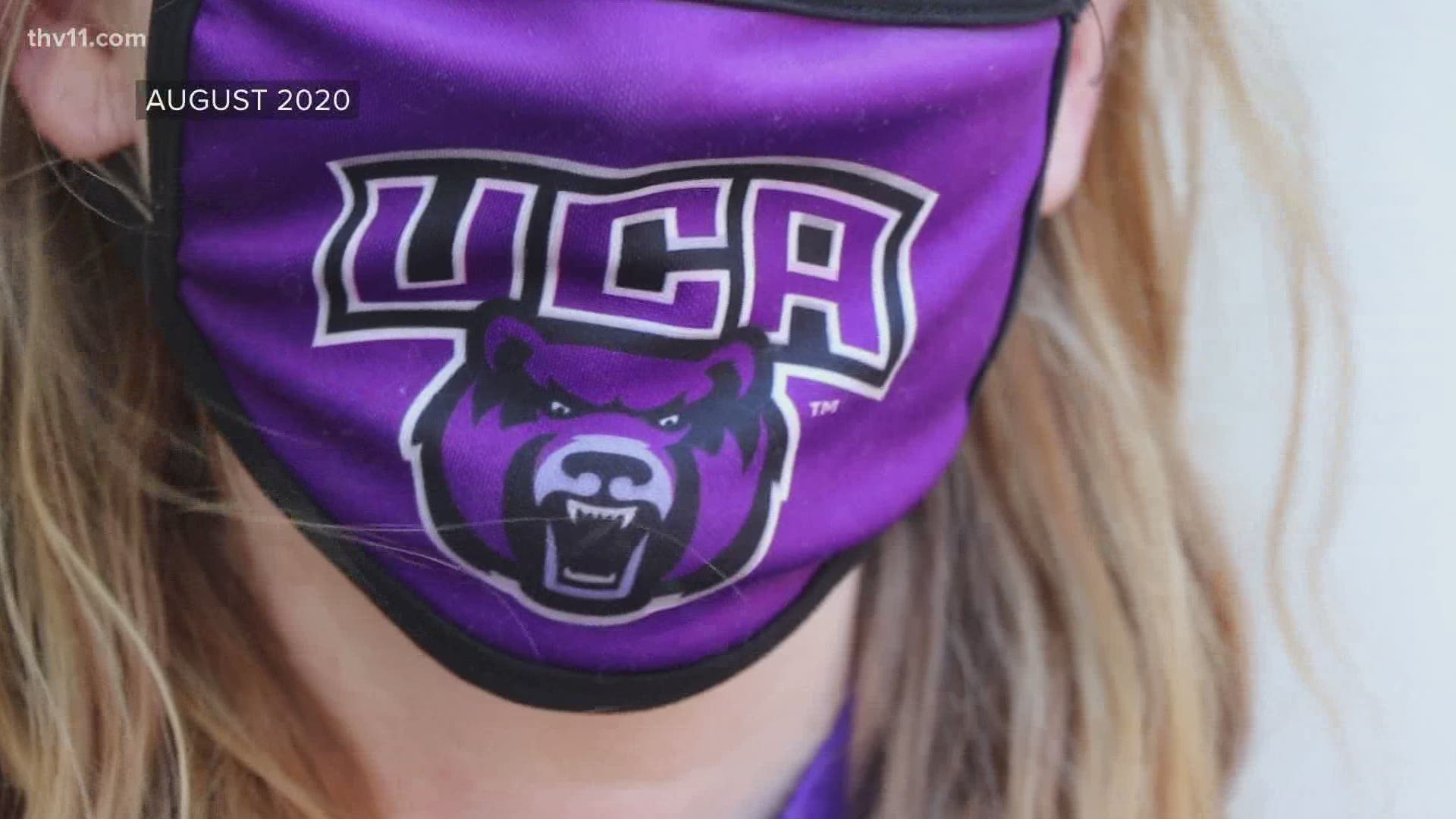 ARKANSAS, USA — As the new semester kicks into high gear, there are challenges and uncertainties on college campuses. But when it comes to student enrollment and retention in Arkansas it's not all bad news.

Arkansas is home to more than 40 institutions of higher education. Each of them faces similar challenges.

"You have a pandemic on top of a decline in the number of high school graduates, so you've got a smaller market in which you're recruiting from," Dr. Ben Sells, president of Ouachita Baptist University, said.

Despite those circumstances, OBU's enrollment is up four percent from last fall. With 1,704 students, it's the highest headcount since 2000.

"I think four or five things happened together that really began to take shape two or three years ago," Sells said.

He believes the launch of graduate education, an expanded online footprint, partnerships with high school students, and freshman to sophomore retention efforts have contributed to the success of the liberal arts university located in Arkadelphia.

"We're giving more attention to retention," Sells said. "I think, given the pandemic, it was natural to spend more effort to serve the students you already have — whether that's academically, financially, or other ways.

Eighty-one percent of Ouachita freshmen returned for their sophomore year.

About 90 miles up the road at the University of Central Arkansas, freshman retention is up four percent this fall, standing at a record 78.9 percent.

UCA President Dr. Houston Davis said that's encouraging, even though overall enrollment is down by about 500 students.

"We've been encouraged by the fact that as Arkansas has moved to an outcomes-based formula, our retention numbers have gone up as we make commitments to student success thinking about how do we get someone from freshman year through graduation," Davis said.

For current students, at least part of that journey comes during a pandemic. In light of that, Davis said UCA is committed to keeping them engaged and ultimately keeping them on the path to graduation.

"Let's think outside the box, roll up our sleeves, put on our thinking cap, and let's make sure that COVID-19 is no excuse for there to be anything less than a great experience here," Davis said.

Colleges and universities across the state are reporting their fall 2020 preliminary enrollment.

The University of Arkansas Community College at Morrilton said enrollment is up this fall.

Southern Arkansas University in Magnolia also reports an increase in enrollment compared to last fall. The university is reporting its highest freshman retention rate in history.

Enrollment at Arkansas Tech in Russellville is down 8 percent from last fall. The fall 2020 Arkansas Tech freshman headcount is 46 students greater than the ATU freshman class of 2018.

Enrollment at Arkansas State University in Jonesboro is also down slightly.

At UA Little Rock, enrollment is down 5.5 percent compared to last fall. However, officials there say they're out-performing projections given the pandemic.

All the other colleges and universities in the state are expected to submit their enrollment numbers to the Arkansas Division of Higher Education by this week.