Virginia first-grader passes out after getting off hot bus

His mom said his bus didn't have AC and the bus driver didn't roll down the windows. 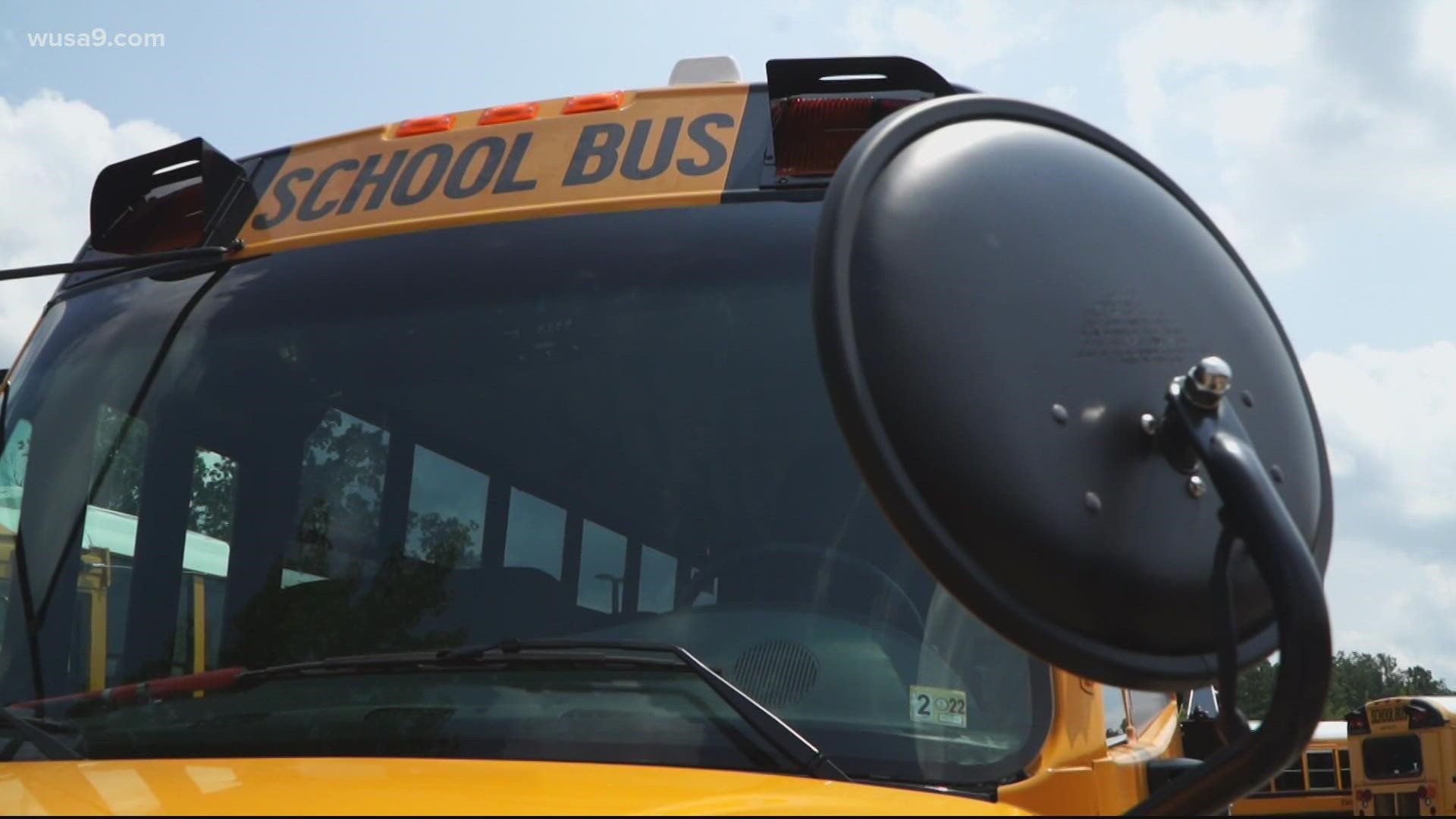 SPOTSYLVANIA, Va. — Multiple Spotsylvania County Public School parents are upset after they say their kids got off the bus their first day red, sweating and overheated.

It was six-year-old Kamari Jackson's first day ever of in-person learning this past Thursday.

“Oh, man. He was so so excited," his mom, Kristen Carter said. "He couldn't wait to go to school.”

Fast forward to the end of the day, and it was a different story. She said when Jackson got off the bus, his face was red, his skin was clammy, and he wasn't himself.

Carter said she and some relatives helped get him inside, and he passed out.

"When he finally did sit up, he was like, I have to throw up. So I picked him up and ran him into the bathroom, and he started vomiting everywhere," she said. "And I'm like, Oh my God, I have to rush into the hospital. Like we didn't know what's wrong, him. He's also pre-diabetic. So I didn't know if he was like having something going on...so I was really, really nervous."

On the way to the ER, she said he told her the bus was really hot, it didn't have air conditioning, and the driver wouldn't let them put the windows down. Students are also required to wear masks on the bus, according to federal law the school system cited.

She said she contacted the school and wasn't satisfied with the response, saying neither the principal nor the school system apologized to her.

Some Spotsylvania parents are shaken after their kids got off school buses (w/o AC) overheated on their first day. (Heat index was @ 100)

6 y/o Kamari's mom rushed him to the ER after he passed out.

His reaction & how the school says they're fixing the problem on @wusa9 at 11. pic.twitter.com/U1qYkNzKVu

On that Thursday, the National Weather Service had issued an excessive heat watch, with the heat index reaching between 100 and 105 degrees.

"My son could have like, passed out on the bus and the bus driver could have thought he was asleep, you know?" Carter said. "And it was really devastating."

Other parents said their kids had similar experiences, like Sara Montgomery.

"She gets off. And I mean, I can immediately tell her entire face is just bright red. And she seemed fine. But she, when we get home, I take off her backpack and her entire, like back of her shirt is soaking wet. Her shorts were soaking wet," Montgomery said. "She just was like, 'Oh my gosh, that was so hot.' And one of the kids that got off behind her was bright red and sobbing."

Montgomery said she also called the school and didn't receive an apology -- just a comment that some buses have A/C and others don't.

A spokesperson for the school system said about 80% of their buses do have air conditioning on board. She also said they were not aware that drivers were not allowing children to roll the windows down.

The school said immediately after hearing from these parents, they instructed drivers the next day to allow students to roll down windows on the buses. They also started providing water bottles on board.

She said another problem is how long it can take for a bus to cool down, so they're going to start asking drivers to run the A/C earlier -- before starting their route to help cool the bus down in advance of student pickup.

Both parents also said the buses dropped off their kids more than an hour late. A spokesperson for the school system said it's typical for buses to be late the first week. She said they have to make sure all students are on the correct buses, and they double-check a list before clearing the bus to leave.

"The safety and wellbeing of our students is our priority. With the current weather advisory, we are providing water bottles for the afternoon bus ride. Additionally, for buses that do not have air-conditioning, windows will be open. Parents who wish to pick up their student instead of having them ride the bus today should contact their child's school. As a reminder, during the first weeks of school there may be delays as children are learning which bus to get on at the school and we are double-checking rosters before beginning the afternoon bus run to ensure all students are on the correct bus."

Montgomery said her first-grader went back on the bus the next day and all was fine.

Carter's son, however, refuses to get back on the bus now.

"Now, he's scared about going to school. Like, I keep telling him he's not gonna ride the bus anymore, but he's like, Mom, I'm still scared," Carter said. "I have to drive him to school every day now...But no air condition -- like that really scared me to death."

The school spokesperson said they're working on installing air conditioning in all of their buses, but she's unsure how long that will take.

On Monday, Carter said she's happy with some of the changes the school system is pledging to make but still has to figure out how to help reacclimate her traumatized son to the school environment.