A bigger board could mean fewer union teachers advising administrators. 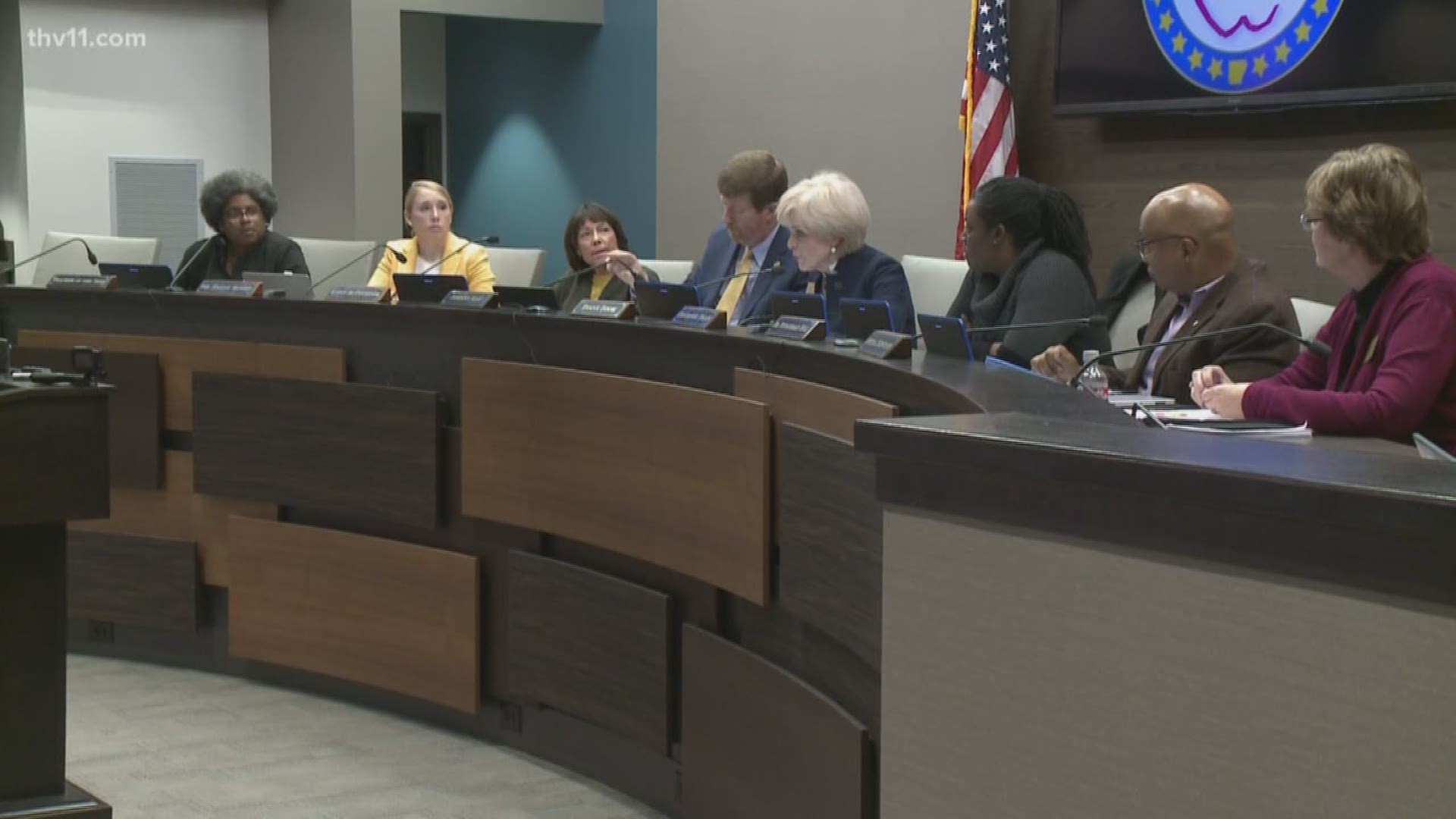 LITTLE ROCK, Ark. — The state board of education voted to expand the number of certified teachers that will serve on the new personnel policy committee for the Little Rock School District when the five-year state takeover runs out early in 2020.

The expansion calls for a teacher from every school in the 40-school district have a voice on the committee that will advise administrators on pay and other personnel matters.

In September, the board voted to create the P.P.C. while at the same time moving to end recognition of the Little Rock Education Association as the collective bargaining agent for member teachers. The initial plan had eight certified teachers serving the entire district along with three other staffers.

The decision capped a contentious 36 hours on the heels of Thursday's one-day strike that had been timed to lead up to this month's board meeting.

That political theater spilled into Friday where any hope that a night's sleep would produce an amicable discussion of district issues dissolved once again.

The P.P.C. expansion potentially dilutes what's left of the union's power. After an advocate for the teachers was removed from the auditorium for calling for a round of public comment, State Secretary of Education Johnny Key tallied a roll-call vote that required a dramatic, tie-breaking 5-4 vote by chairwoman Diane Zook.

"There is such a huge gap of mistrust between the community and the board," said Laura Danforth, the woman escorted out of the room. "When you have no public comment, you have no choice but to be out of order."

LRSD Superintendent Michael Poore has to scramble the election plans the district had in place. He told the board a third-party accounting firm had gathered 250 nominations for the eight spots with an announcement of those names planned for a hour after the board voted.

"We're going to have to go back and re-do our process," Poore said, adding it had cost about $20,000 so far and likely another $10,000 for the now larger committee selection process. "We feel like we had developed a good process to move forward on a P.P.C. We'll take a step back based on the state board action now."

Both Poore, Key, and the four members who voted not to expand expressed concerns about restarting the process. The board then sat through another period of mostly critical public comments, many saying the members were not listening to the anger in the community even after the one-day walkout.

Key defended the board's actions and decisions so far.

"We're talking about putting something in place where teachers have a voice, and it's just a matter of how large that group is," he said. "If you look at what the stated reason for the strike was, the supposed re-segregation of the district, you can see they listened. That first plan, they heard what the people said and they said 'okay, we're going to change it.' I don't call that whiplash. I call that being responsive."

The other major issues carried over from Thursday's agenda ended up being pushed off until next month's meeting on Dec. 12.