As more school districts announce their plans for fall, questions arise about how many teachers will be returning and if there will be enough subs. 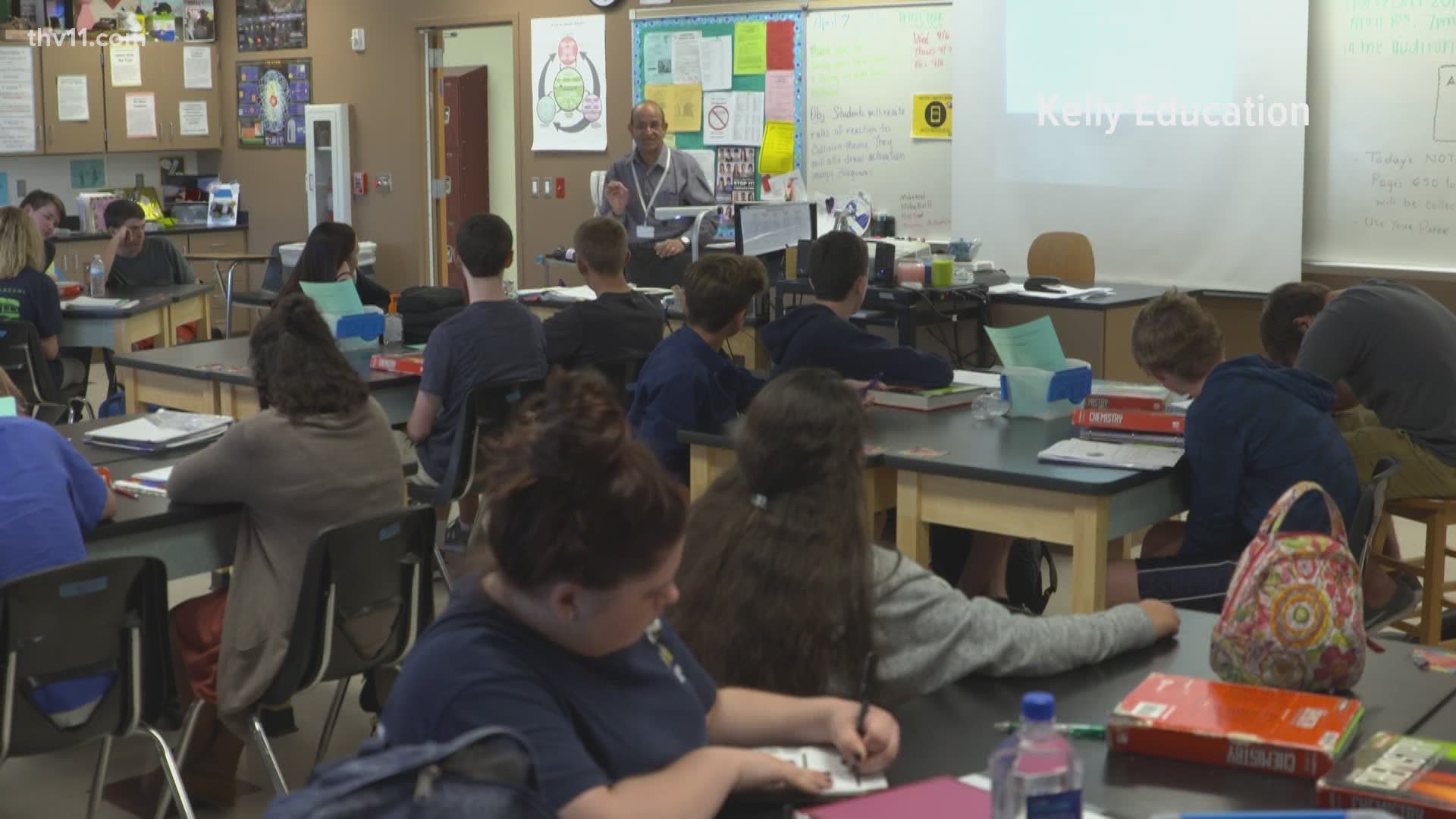 ARKANSAS, USA — As school districts across the state continue to roll out their plans for getting back to class at the end of August, they face questions of how many teachers will come back amid a steady rise in virus cases, and whether there will be enough substitutes for those that don't.

One of the leading staffing agencies says they are ready to meet the demand even though no one is sure how much demand there will be.

"I'm not afraid to go back in there and I am so looking forward to it," said Sherri Holcombe, a substitute from Beebe who's heading into her second year on the job. "I just want the children to be safe. That's my biggest concern."

And her concern is not only for their health and protection from the virus, but their long-term health, she says, from missing that classroom interaction.

Holcombe works for Kelly Education, the school staffing arm of the company known for office temps called as "Kelly Girls" in the mid-20th century. Kelly Education provides substitute instructors for about 15 districts in Arkansas including Bryant, Benton, Jacksonville/North Pulaski, and Hot Springs.

"There is a lot of uncertainty," said Brittna Valenzuela, a vice president and
practice leader for the region that includes Arkansas. "We have been partnering with a lot of our districts to really better understand their plans."

Valenzuela says most of her "talent pool" wants to return to classrooms and has been brushing up on each district's procedures as they release them.

Many staffers may get the chance, if surveys of full-time union teachers are indicative of the entire profession. Many are very reluctant to rejoin classrooms with the number of infections right now.

Valenzuela believes the soul searching these next few weeks will work out any friction that develops as in-class plans move forward.

"I feel like everyone is going to make choices that are best for them," she said. "I'm not anticipating [animosity], but I also feel like there are a lot of unknowns out there."

Holcombe says subs will be vital not only to replace teachers, but to augment the ones who do stay.

"We're really going to be needed because of having to spread out the students," she said. "If there's 18 kids in a class, nine are going to probably have to be moved to another room. A substitute will have to work with the full-time teacher in a lot of those cases."

Splitting classes, moving outside or into temporary structures are all part of the complicated plans districts will have to set in place over the weeks leading up to the start of school Aug. 24.

"It's going to be very complicated and complex for us," Valenzuela said. "We have been surveying and we feel like a large majority have indicated they're ready."