Laura Hildreth helped create the teen robotics club after seeing a lack of program resources. She has fully funded the club herself to make a difference. 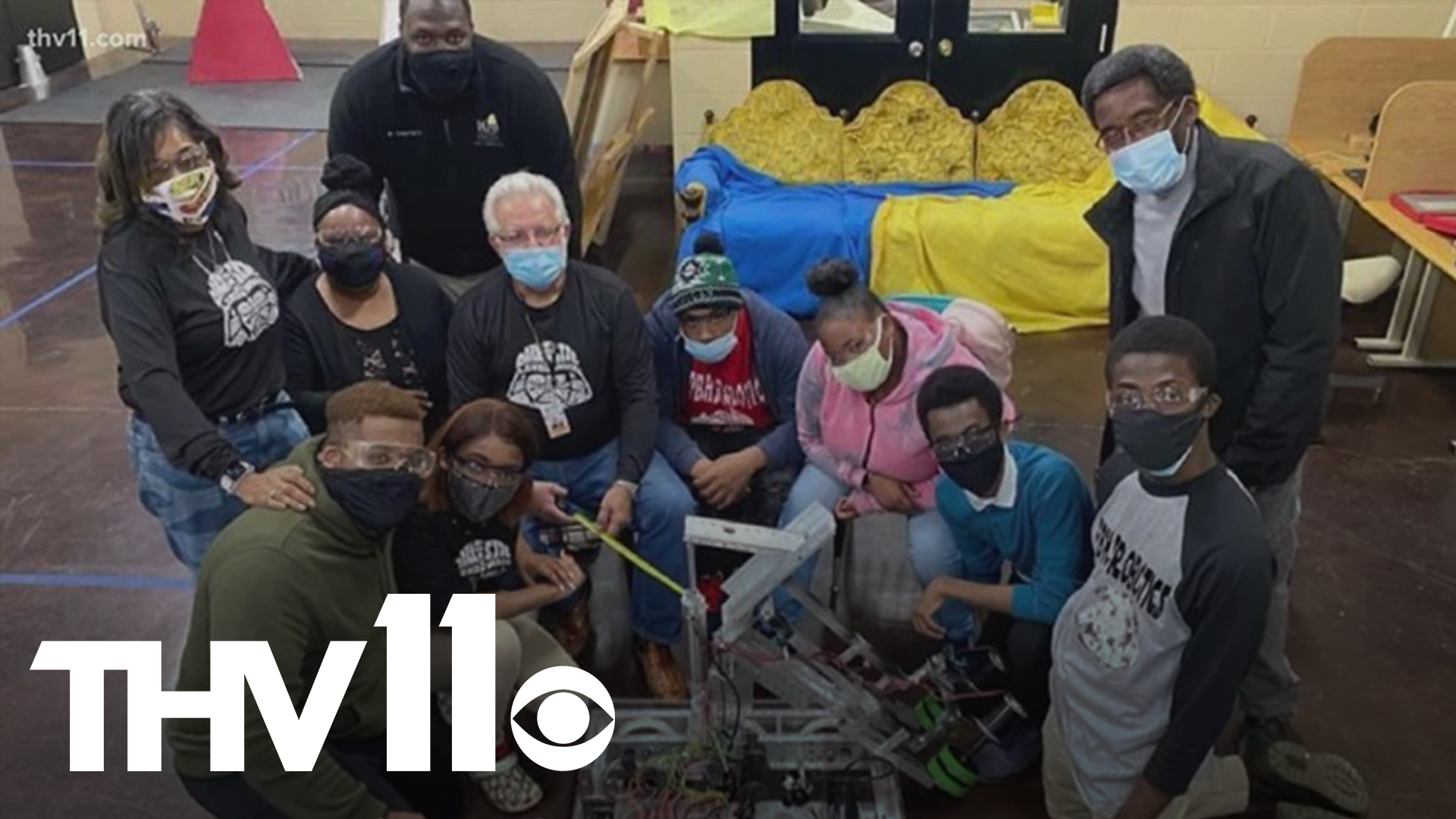 PINE BLUFF, Ark — Three years ago, Laura Hildreth helped to create a teen robotics club after seeing a lack of program resources and the need for local youth to learn about robotics and STEM projects outside of the classroom.

She's the project program coordinator for the STEM Academy at the University of Arkansas at Pine Bluff and has funded the club herself to make a difference in the community.

"STEM is my passion. When I arrived here in Pine Bluff, Arkansas, I see that we have limited programs for our students. What we do is try to prepare our students, so that they know that they can be anything that they wanna be as long as they work hard," said Hildreth.

Team 7878 for the first time will have an opportunity to showcase their robot, "Techy," at the 2021 FIRST Robotics Competition.

The FIRST Robotics Competition is a six-week program in which high school students build robots designed to compete in a game that changes each year.

Judges from the competition will meet with the Pine Bluff High School students virtually Wednesday to evaluate Techy and hear from the club about their work.

They've been working on their projects since January.

"Then on Thursday and Friday of this week, we'll be filming our competitions. An autonomous run, meaning the robot will run by itself on it's own coding. Then we're doing a shooting apparatus. An arm that will catch a ball and shoot it into a hole," said Hildreth.

She says the club plays a vital role for many of the students by providing them with hands-on learning opportunities and outlets for creative problem-solving.

Tylor Johnson is a junior at UAPB and a mentor for the high schoolers in the club. He used to be a member just like them.

"I was fortunate to come in from the 2017 season. Just being able to gain that early exposure while in high school was just a tremendous learning opportunity, to not only have a career of discovery, but to have a discovery and a passion with technology," said Johnson.

He credits O.C. Duffy, Jr. in the department of industrial technology management and applied engineering at the school as a big impact on his love for STEM.

"What I'm most proud about being a member of this club is the unity. I think that there definitely needs to be more opportunities that allows students to engage in technology as a represented community here," said Johnson.

The Robotics Club at UAPB is free to join.

Hildreth volunteers both her time and personal funds because she believes all students deserve and need access to opportunities to be better prepared to take on challenges and opportunities throughout their lives and careers.