At this time, the UCPS Board has not confirmed which posts are in question, and which Board member was responsible for the posts. 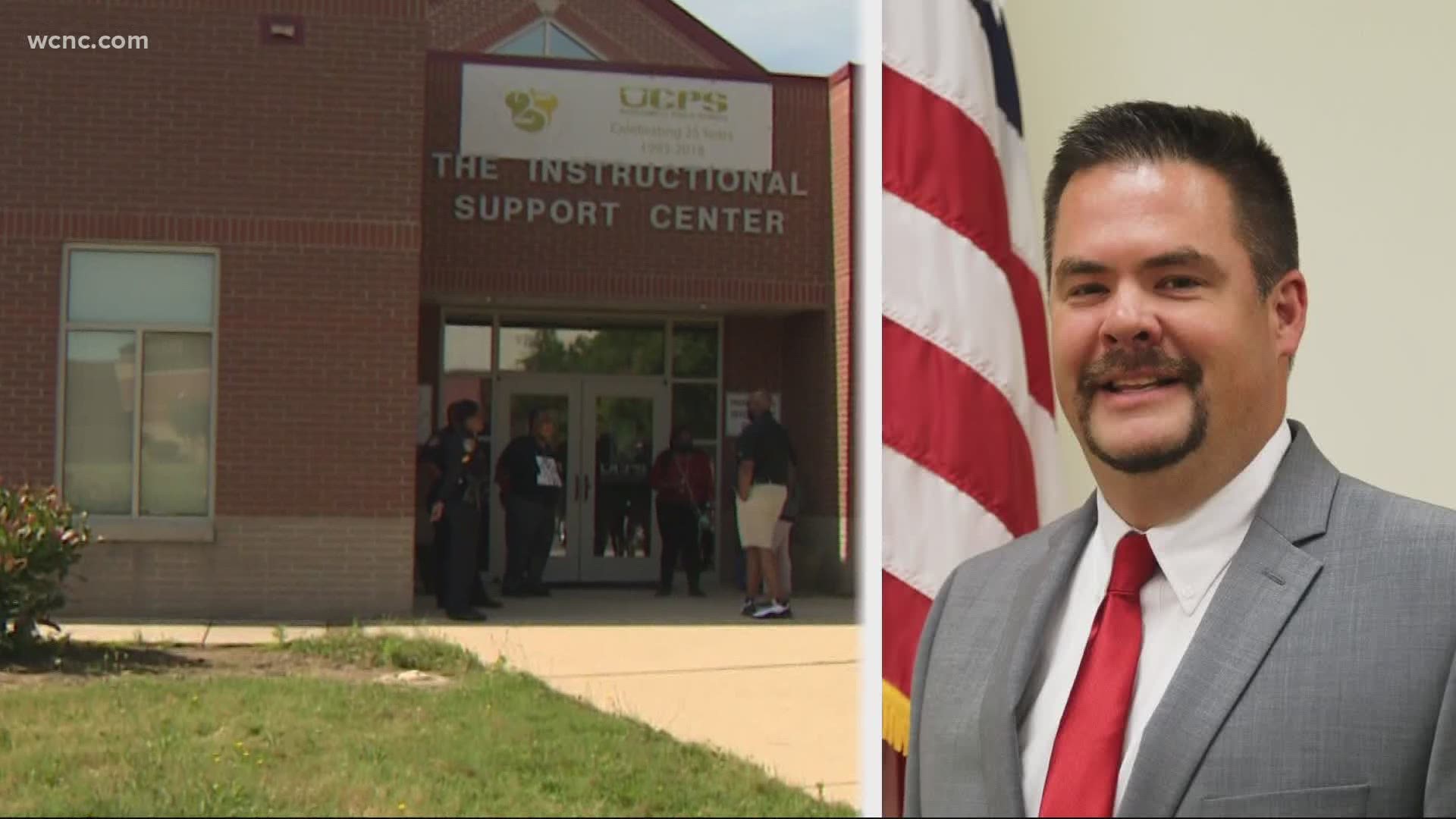 UNION COUNTY, N.C. — The Union County Board of Education has announced that UCPS Board member Travis Kiker has submitted his resignation following "insensitive posts" made on his personal social media account.

The chairperson for The Union County Board of Education, Melissa Merrell, said the post in question was made to his personal Facebook account and included videos and memes.

Merrell stated that the Board was united in condemning these insensitive posts saying they were “shocking” and “inappropriate”.

Merrell announced the formation of the UCPS Citizens Advisory Committee on Diversity, which is an initiative that candidly addresses issues related to diversity, acceptance, and tolerance for all students. The advisory committee would be comprised of rising juniors and seniors, community members from each cluster, district administrators and employees and representatives from faith-based partners.

This advisory committee has been in the planning stages for some time with the stated goal of working collaboratively and aggressively toward ensuring that everyone feels valued and accepted in all schools and throughout Union County.

Merrell said that “It’s probably going to involve some difficult and uncomfortable conversations” but she expressed confidence that working through the process would yield positive outcomes.

“It is with a heavy heart that I submit my immediate resignation from the Union County Board of Education.

For one and half years, I have put the students, families, and faculty of Union County first and foremost.  All of our stakeholders have been my priority.

In light of recent events, I believe my continued service will serve as a distraction to our key priority, our 42,000 children and our 5,400 employees. I would be remiss if I did not acknowledge my utmost respect and support for our teachers.

I wish the very best to the Board, our staff, and our families.”

UCPS Board of Education is holding a press conference this morning to address insensitive social media posts.

Kiker was elected to the Board of Education in 2018. His term was set to expire in November 2022. The Board will begin the process of filling the partisan, at-large seat by reaching out to the Union County Board of Elections this week.