UT Austin will require all students, faculty and staff to wear masks amid COVID-19

The university also announced that employee furloughs have begun in some revenue-generating units and officials would release additional budget cuts shortly. 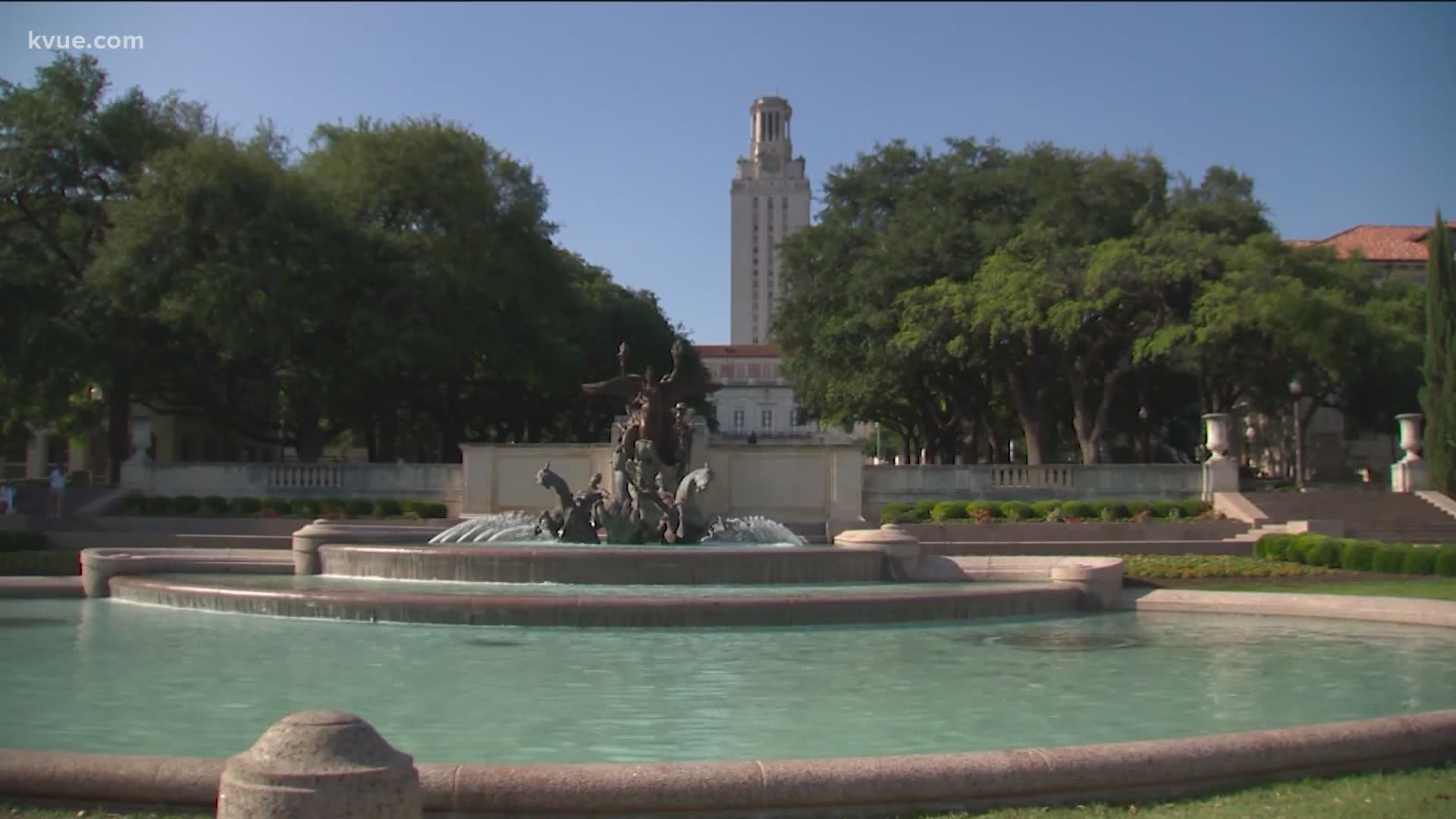 AUSTIN, Texas — University of Texas Interim Dean Jay Hartzell announced Monday that UT will require all students, faculty and staff to wear face masks on campus next fall to prevent the spread of COVID-19.

Hartzell made the announcement in a June 8 letter to the UT community.

"This policy — which is currently in place for the summer — is consistent with guidance from the Centers for Disease Control and Prevention, which makes clear that face coverings, in addition to social distancing measures, are among the most effective strategies in limiting the spread of COVID-19, particularly in high-density areas," Hartzell said in the letter. "It is also consistent with the Texas Department of State Health Services’ guidelines for Opening the State of Texas.

UT community members can remove their face coverings in a campus building if they are alone in a private office or space, or if they are in their assigned residence hall room (once residence halls reopen), according to Hartzell.

Additionally, the use of masks in outdoor areas on campus will be encouraged, especially in areas where social distancing is not possible, but not required. Hartzell said the university was still working to develop a mechanism for ensuring the use of face coverings in buildings and would share that plan when it is finalized.

The announcement comes after Hartzell announced on June 3 that residence halls would reopen to students in the fall of 2020. Hartzell also announced in June that recreational sports and university unions facilities will reopen later in the summer and student-athletes will be able to live in the San Jacinto Residence Hall once it is deep cleaned.

Hartzell also announced in the June 8 letter that employee furloughs have begun in some revenue-generating units and officials would release additional budget cuts shortly. The university had previously announced that furloughs and a hiring freeze were imminent, and state leaders have directed certain higher education institutions and agencies to reduce budgets by 5%.

How many people are in the hospital with COVID-19? Texas just set a record