Harmful beanbag rounds should not be used for crowd control, Texas surgeons say

The surgeons said 19 patients were treated for injuries sustained during the Austin protests against police brutality. 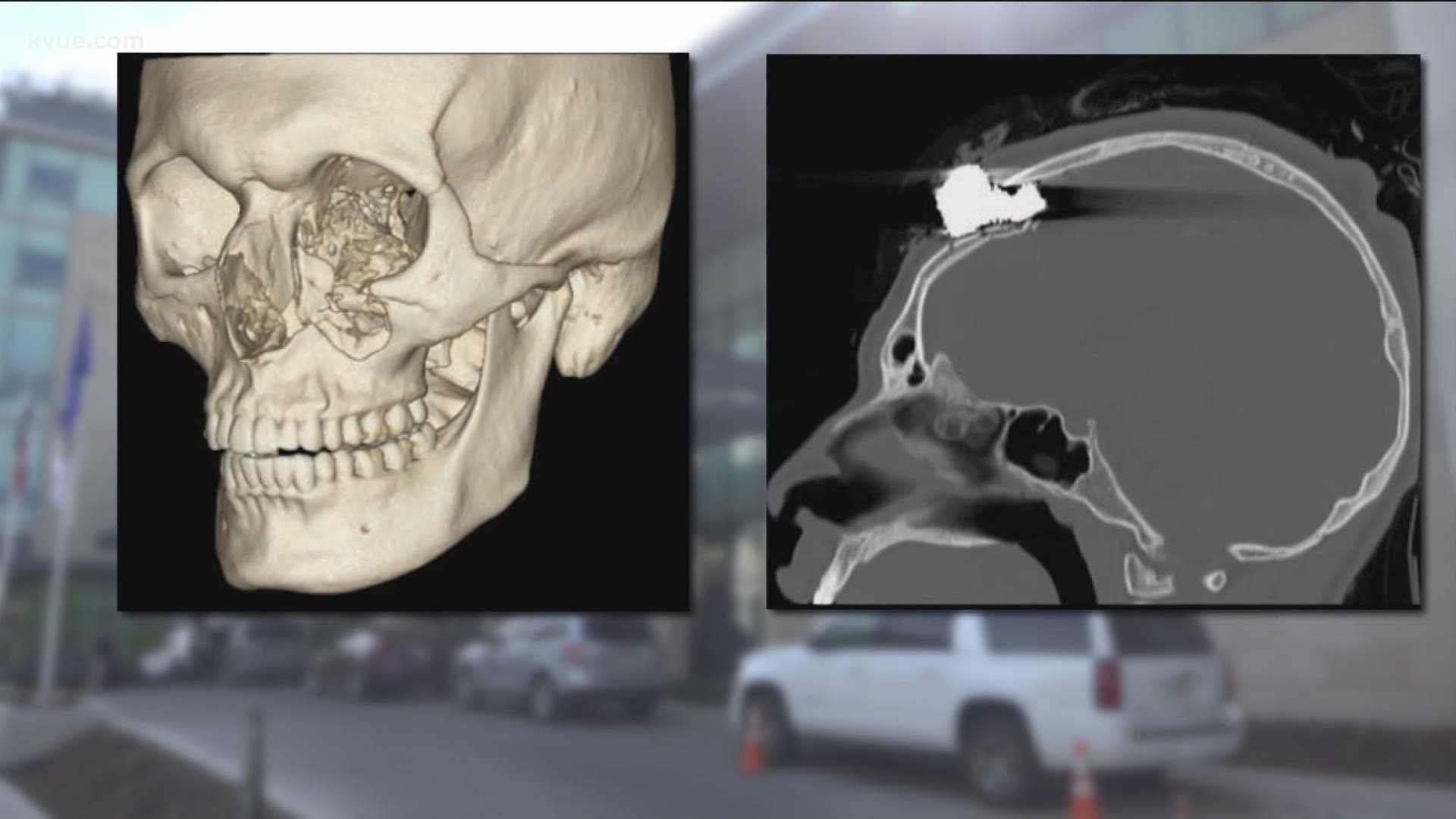 AUSTIN, Texas — Surgeons with Dell Seton Medical Center at the University of Texas published a commentary in the "New England Journal of Medicine" on Friday, detailing serious injuries caused by beanbag rounds used by the Austin Police Department during protests against police brutality earlier this year.

Though the rounds are described as "less lethal" that should not cause penetrating injuries, the authors say “bean bags can cause serious harm and are not appropriate for use in crowd control.”

In an interview with KVUE on Sunday, the surgeons said the injuries were similar to those seen in victims with shotgun wounds.

"The injuries that were caused by these beanbags were significantly more serious or severe than what any of us imagined a beanbag injury would be," said Dr. Kristofor Olson, a surgical resident at Dell Medical School at The University of Texas at Austin and Ascension Seton.

"These were really more akin to shotgun wounds than they were ... like a fairy tale rubber bullet or a beanbag," said Dr. Jayson Aydelotte, the trauma chief at Dell Seton Medical Center.

The commentary published Friday includes graphic images showing the injuries sustained by protesters after 19 patients were treated at the center. The surgeons said a total of eight were admitted to the hospital, with seven undergoing operative intervention and four "having retained beanbags or components thereof."

Their injuries were described as follows:

"Beanbag rounds are purported to be 'less lethal' munitions that should not cause penetrating injuries when used at appropriate distances," the surgeons wrote. "Although our report reflects the experience at only one center during a short period and we cannot determine the frequency of injuries when these munitions are used, these findings highlight the fact that beanbag munitions can cause serious harm and are not appropriate for use in crowd control. ... In light of the ongoing nationwide protests, these observations are relevant to the broader medical community as well as to policymakers seeking to reduce rates of police-induced injuries and fatalities."

After the protests, Austin Police Chief Brian Manley said the use of beanbags for crowd control has been discontinued at the department.

RELATED: 'They said my jaw looked like I got hit by a car’ | Austinite hit in face by less-lethal round starts road to recovery