Students made a list of demands for the high school, as well as the jr. high school, after a student was shot to death on Monday. 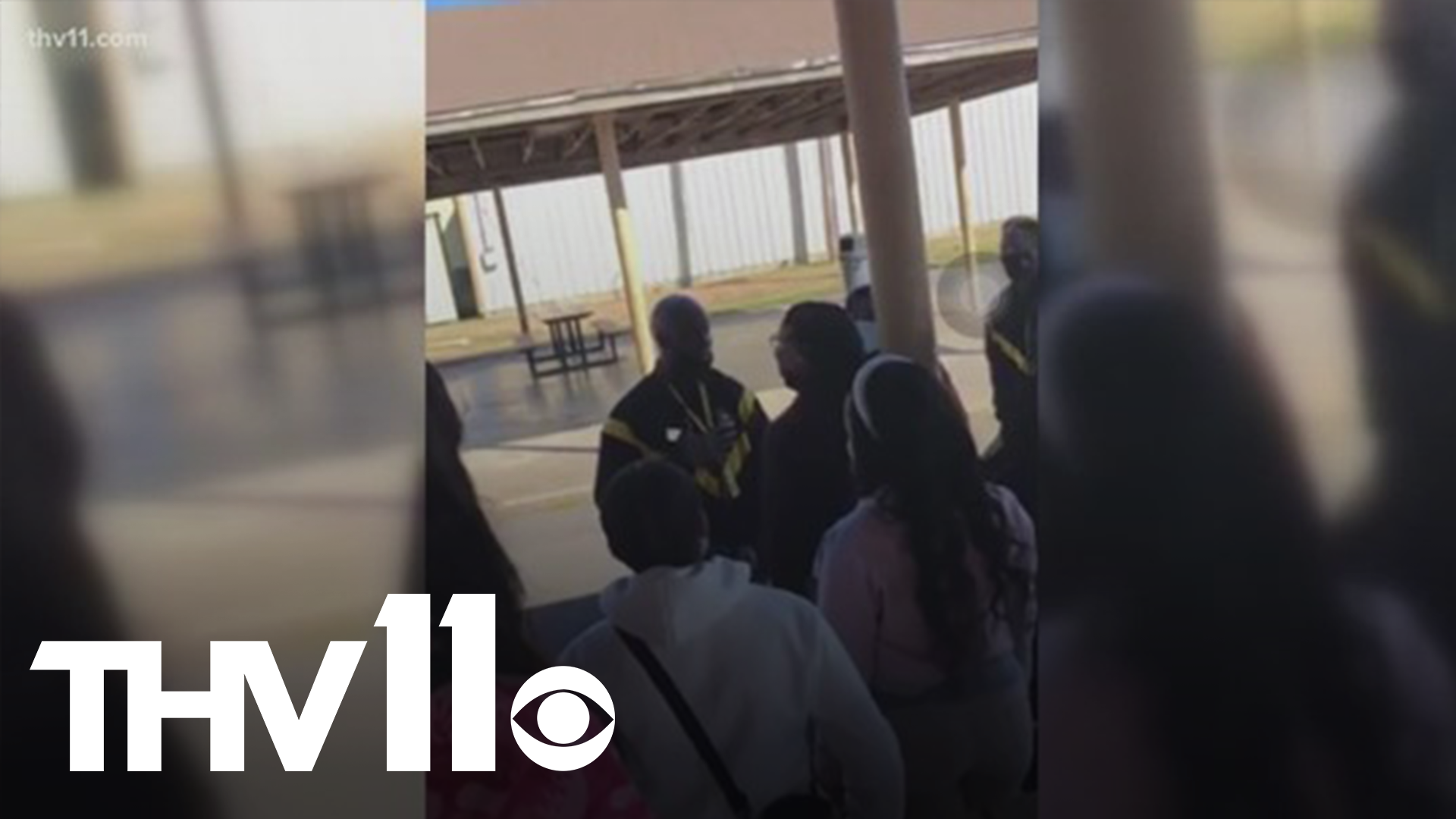 PINE BLUFF, Ark — Watson Chapel Jr. High School held on-site classes for the first time since the shooting incident of 15-year-old Daylon Burnett Monday morning. Burnett was a student at the school and announced dead one day before students were back on campus.

The jr. high and high schoolers, along with teachers and administrators, held a balloon release in honor of Burnett Thursday morning.

After which, the students peacefully protested against school administrators.

"We had the intention to just do this today for Daylon, basically. We didn't want it to be any fussing, any arguing, or anything like that," said Charon Buckner, a sophomore.

This prompted an assembly in the middle of the school day. Superintendent Dr. Jerry Guess spoke to students. He didn't take any questions, but students were allowed to read off a list of demands they wanted from school leaders.

"Because when it came to Daylon, he's not no bad person and he didn't deserve what happened... It's like... I don't even know how to explain it," said Zoe Walker, a junior.

Their list of demands to feel safe and respected and heard has 15 bullet points; the same age as Burnett who was shot inside the school:

3.) Metal detectors, cameras, and another resource officer if not more

5.) Repair intercoms in gym and other places

7.) Male administrators and staff being respectful to female students

8.) Being sensitive to students whose classmate died

10.) A superintendent that is friendly and communicates with students

11.) No social media relationships between staff and students to prevent predatory behavior

12.) Treated as teammates or with respect by staff

"The high school students, I think probably felt like we had not considered their emotional needs and I certainly wanted them to know that we're concerned about their well being," said Superintendent Dr. Jerry Guess. "But we have spent most of our time and efforts concentrating on the Jr. High because that is where this incident has occurred."

Guess says he encourages students in his district to always speak up and voice their concerns and opinions to their principals and teachers. He says focusing on the Jr. High is in no way a slight to forget about the high schoolers.

"Everyone's emotions are extremely raw right now, and we all need to be tolerant and respectful, but we also need to acknowledge that this is a life changing event for a lot of people. You have to spend some time helping people work through it," said Guess.

She was at Watson Chapel Jr. High to help counsel students.

She said she saw a few students who witnessed the shooting

"The students tell me they are feeling unsafe. I was teaching some of them what's called 'box breathing' to kind of help lower their anxiety levels so that they can pay attention in class," said Walker.

Tanaesha Thomas and Autumn Warren were at the assembly and say they hope administrators take heed in the aftermath of Burnett's death.

"He was like my best friend. Like me and him, we would get on the phone and talk for hours about anything and everything. Whenever I needed something, he was there. That's why it hurt me so bad when I found out he passed away," said Thomas.

"For real, he was so funny and he just made everybody's day. You know he was always having somebody laughing and he was just a good person all around," said Warren.