The Levy and Park Hill neighborhoods will soon see changes in hopes of becoming a more vibrant and inviting community. 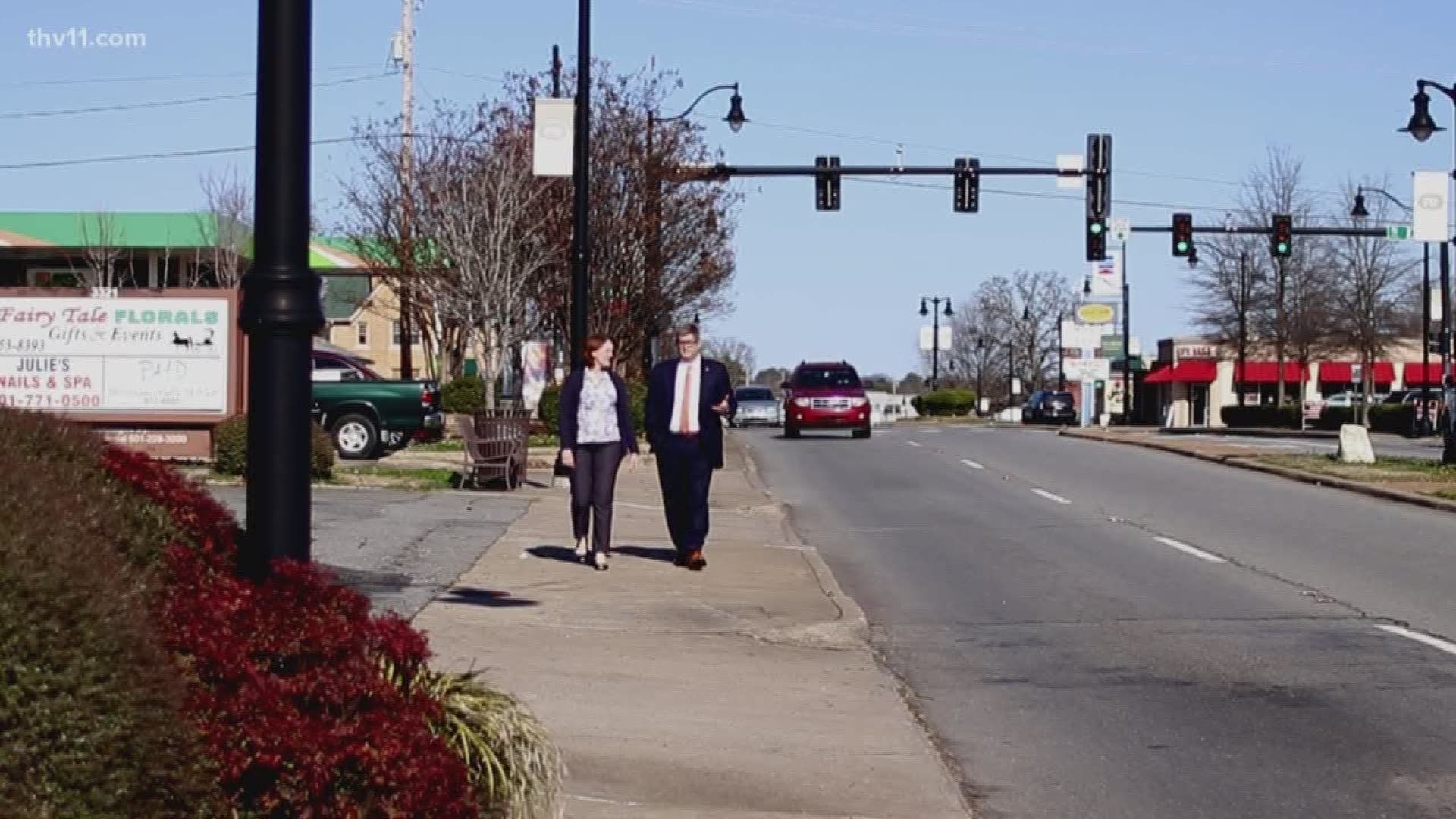 NORTH LITTLE ROCK, Ark. — For the past seven years, a project in North Little Rock has been making great strides behind the scenes, but soon we will all begin to see this evolution with our own eyes.

The Jump Start project started back in 2013 all because of passionate and concerned business owners and residents from the Levy and Park Hill neighborhoods who wanted to make their community more intentional.

Bernadette Gunn Rhodes, who was the North Little Rock Fit 2 Live Director at the time, now said they'll get to see all their hard work come to life.

"It's been a long process, people are excited to see results and eager to see them," she said.

Gunn Rhodes said it all started seven years ago when neighbors, business owners and city officials put their heads together with one main goal in mind.

"Making a plan to construct JFK in such a way that it would be safe, more walkable and more inviting to local businesses," she said.

Robert Birch, Jump Start Project Manager, said thanks to a $3 million grant from Metroplan, building codes and road standards have been put in place to make the Park Hill and Levy neighborhoods in North Little Rock a more vibrant and inviting community.

"It really is one that needs to be built in an area where people can get out and enjoy it more," he said.

Birch said part of this enjoyment means work for the city by beautifying the area, redoing medians, raising the streets and most importantly, creating more walkability.

"Being that JFK is a state highway, it gets a ton of traffic, it's busy, it's cars moving fast," he said.

Birch said right now the sidewalks are six-foot-wide with no buffer, the Jump Start program would expand these sidewalks to seven-foot wide with a four-foot buffer.

Neighbors like Stephanie Minyard said the expansion of the sidewalks is vital.

"Our goal is for a young mother with a baby in a stroller, walking a dog, to safely cross JFK," she said.

Minyard has lived in Park Hill for nine years and she said it's an eclectic neighborhood with parks, historic homes and a lot of potential to bring people in.

"We want them to be able to say, 'hey what's going on in Park Hill?' and want to live here and want to shop here," she said.

Bringing in more shoppers is what David Larson, owner of Angry Dave's Bicycles right on JFK, said will be much easier once this streetscape breaks ground.

"Most of the time people are driving by at 40 to 50 miles per hour and never even look to the right or left to see who's here," he said.

From business owners to neighbors to city officials, Larson said the Jump Start project is bringing excitement through the streets.

"Kind of back to the old Andy Griffith, Mayberry type of feel to things," he said.

You have the chance to hear more about the Jump Start project on Thursday, Jan. 9 at Park Hill Presbyterian Church at 6 p.m.

Everyone is welcome to come and listen in on the details, ask questions, and give your input.