The man who shot at a Hot Springs police officer last weekend remains in the intensive care unit. His family says the lack of mental health care led to it. 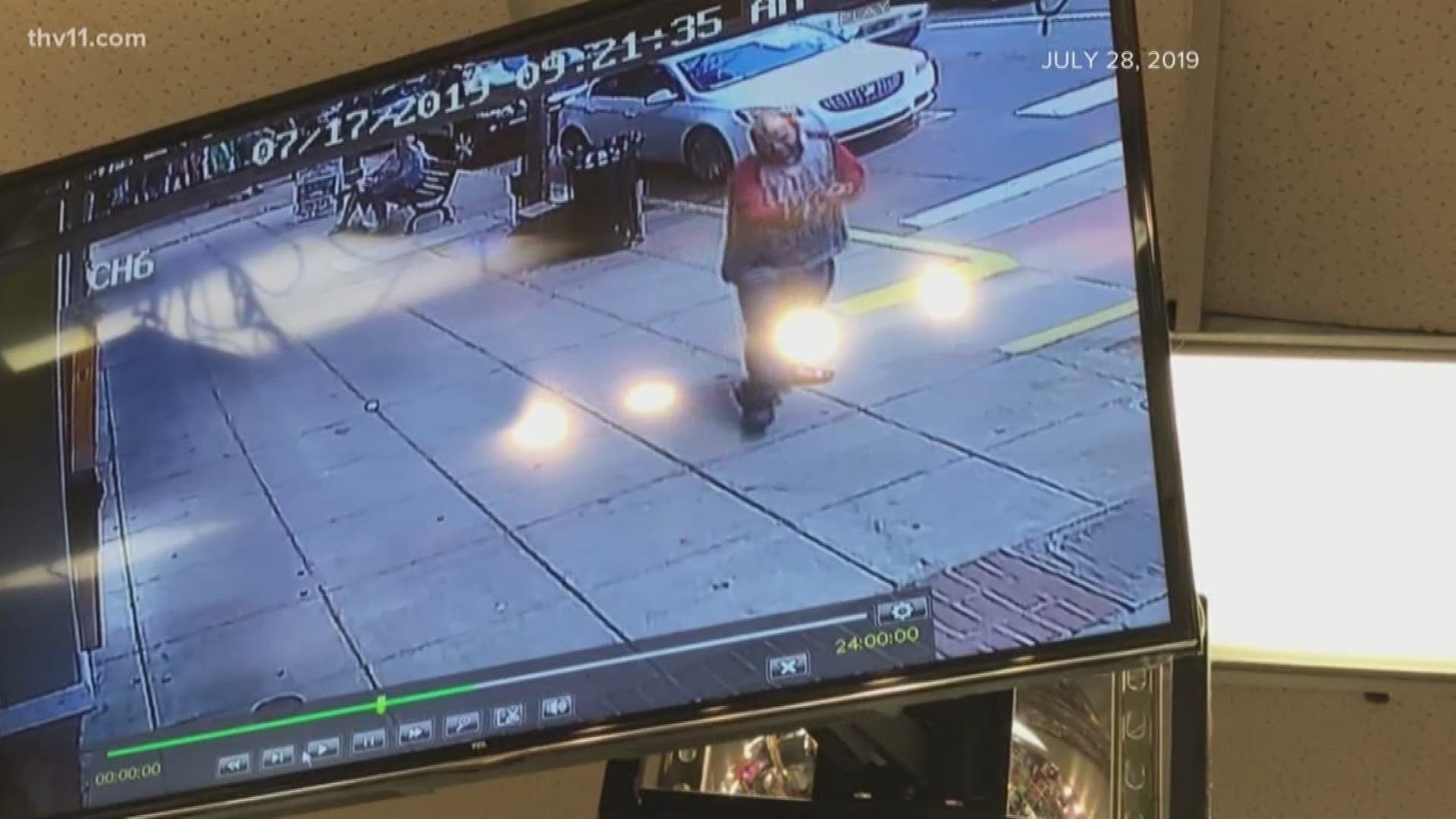 HOT SPRINGS, Ark. — The man who shot at a Hot Springs police officer last weekend remains in the intensive care unit. He caused panic when he carried a gun down Bathhouse Row, but his family says he should not have been on the street.

“There” was across the street from where King sat Tuesday evening as she talked about her son, Johnathan Scott. Scott, 31, shot a police officer and was shot in return Sunday afternoon on Central Avenue.

King said she has two versions of her son.

“People like him. He’s friendly, he’s nice,” she stated. “He jokes with people.

RELATED: Officer shot after suspect pulled shotgun out of pants in Hot Springs

“I seen a lady at EZ Mart today at Mountain Pine Junction. She remembered Johnathan. She said, ‘Not too long ago, I saw him at Kroger.’ She said, ‘He’s a very nice guy.’”

That is the Scott she knows when he regularly takes his medication for bipolar disorder. She said Scott was first diagnosed at the age of 13 and that medication helped him. But as he got older, he became much larger than her and she found herself unable to force him to continue with his treatment.

“I tried the best I could to get him help. I asked police officers to help me. I had called them. And they just didn’t do their jobs.”

King said Scott spent time in several mental health facilities around the state, including what she described as a recent stay at Levi Hospital in Hot Springs. “I talked him into it,” she recalled. “They only kept him 10 days, gave him a prescription for one refill. When that runs out, there you go again.”

King said her son would often stop taking his medication when he felt well. As his condition would worsen, it would become harder to get him to start taking the medication again.

Scott had a series of run-ins with law enforcement over the years for issues including traffic violations, harassment, and terroristic threatening. King said he lived with her but would often leave home for long stretches and live on the streets.

King believes an April arrest and the decisions made by the court during his trial directly led to last weekend’s shooting.

Scott was arrested for traffic violations and for failure to appear on a previous misdemeanor. During the trial, the judge attempted to have Scott admitted to Ouachita Behavioral Health and Wellness. The facility did not have any available space for him, so King said the judge gave Scott an unnecessary option: “get treatment or 30 days in jail. I mean, c’mon! The judge and the attorney already know he’s mentally disturbed!”

After 30 days in jail, Scott was released. King noticed his behavior become even more erratic.

“He thinks he sees spirits,” she mentioned. “He talked to them. He hears voices in his head. I think, that day, when he got the gun, I think his voices might have told him to do it. I don’t know. I just assume it, because he was talking to himself like there was a person right there talking to him. He didn’t talk loud, he mumbled so people wouldn’t notice that he was talking.”

King said she does not know how Scott obtained the long gun he carried Sunday afternoon; she said he had never used a gun and had no idea how to operate the gun he acquired. She feels bad that he shot an officer but does not believe the response—for multiple officers to shoot him nine times—was appropriate.

King said Scott had one kidney removed and part of his stomach as a result of the gunshots, and a bullet that went through his knee might require the amputation of his leg.

King’s sister, Debra Baker, said they had been allowed to visit him in the hospital just once, and it was difficult to see him in that condition.

“We would’ve rather them just shot him in the head and ended it,” she stated. “I know that that’s bad to say, and maybe people don’t understand that. But now, you know, if he survives this, he’s gonna be in really bad shape. And the state’s gonna have to pay for him, either way. It’s just gonna be double.”

Baker added that her nephew’s shooting incident is further evidence that the state needs to put more resources into mental health treatment.

“Long time coming,” she stated. “Probably a lot of officers that may have got shot and killed, a lot of mentally-ill people that got killed by officers. And a lot of things could be changed if they would just understand that there needs to be an awareness and there needs to be something done.”

King added that she wants the Hot Springs Police Department to have a psychologist on-call to deescalate confrontations with people who have mental illnesses. But she also wants the courts to pay more attention to people with mental illness and have greater resolve to get them the care they need.

“I feel like the court system failed me,” she said. “The system has failed Johnathan, not stepping their foot down, ‘okay, I’m gonna keep you in jail until a bed opens.’ They didn’t do that. They could’ve.”

Officer Jonathan Smith was treated and released from the hospital Sunday for his injuries suffered during the shooting with Scott. A spokesman for the Hot Springs Police Department said Tuesday he continues to recover at home.